In the face of criticism, the former child star jumps to the president's defense 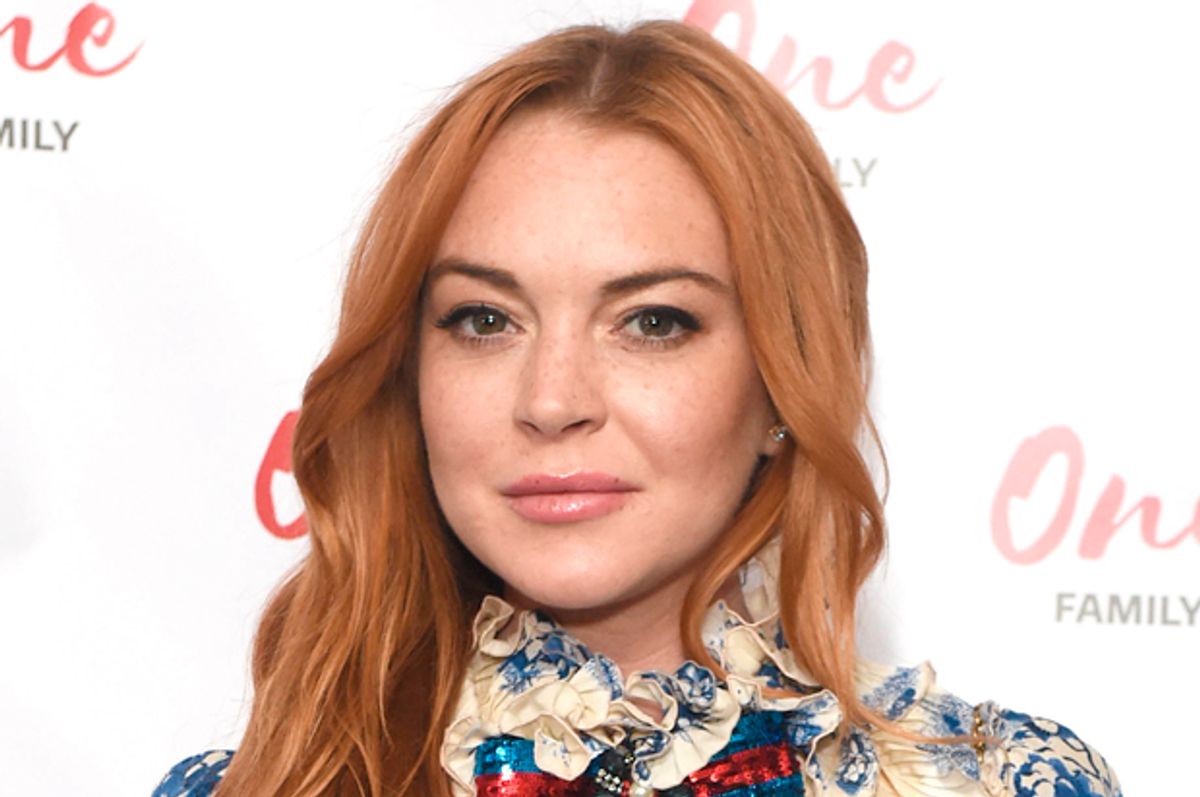 In the midst of a number of sensational problems — some of them minor some of them potentially world-threatening — the President of the United States has a powerful new defender. Former child star and current aspiring creator of her own GOOP-like website Lindsay Lohan wants people to stop bullying President Donald Trump.

In addition to retweeting a Breitbart article about Trump's support for the critically ill British baby Charlie Gard, Lohan tagged CNN and said, "THIS IS our president. Stop #bullying him & start trusting him. Thank you personally for supporting #THEUSA."

In a second tweet, Lohan praised Trump, First Lady Melania, eldest son Donald Jr. and eldest daughter Ivanka as "kind people" before adding "As An American, why speak poorly of anyone?"

This isn't the first time that Lohan has stuck up for the president. In February she told The Daily Mail that "look, I think always in the public eye you’re going to be scrutinized, and he is the President, so you have to – you have to join him. If you can’t beat him, join him."

In January, when Trump's 2004 comment that Lohan's extensive history of psychological problems meant that she would be "great in bed" were mentioned to her, Lohan replied "I wish him all the best. We live in a world of societies that consistently find fault in people. I think it’s a really scary factor. Taking someone else down is never the answer, and I think we all know that."

It's true: taking someone else down is never the answer. Lohan did not make clear, though, how exactly one could take down to the man who is (technically) the most powerful person on Earth with a few nasty tweets. At least in a purely logical sense, insulting the president is the definition of punching up and quite opposed to bullying, which is understood as punching down.

In any case, despite not starring role in a film since 2013, Lohan has been busy of late. Recently, she engaged in a high profile flirtation with Islam, although her father has publicly insisted that she is still a Christian. Her Instagram biography says "Alaikum Salam," which means "and peace be unto you," and Lohan even claimed to have been the victim of Islamophobic profiling at an airport because of her decision to wear a headscarf. On top of that, she created her own accent late last year.

Lohan will soon be seen in the British television show, "Sick Note", the independent werwolf film, "The Shadow Within".