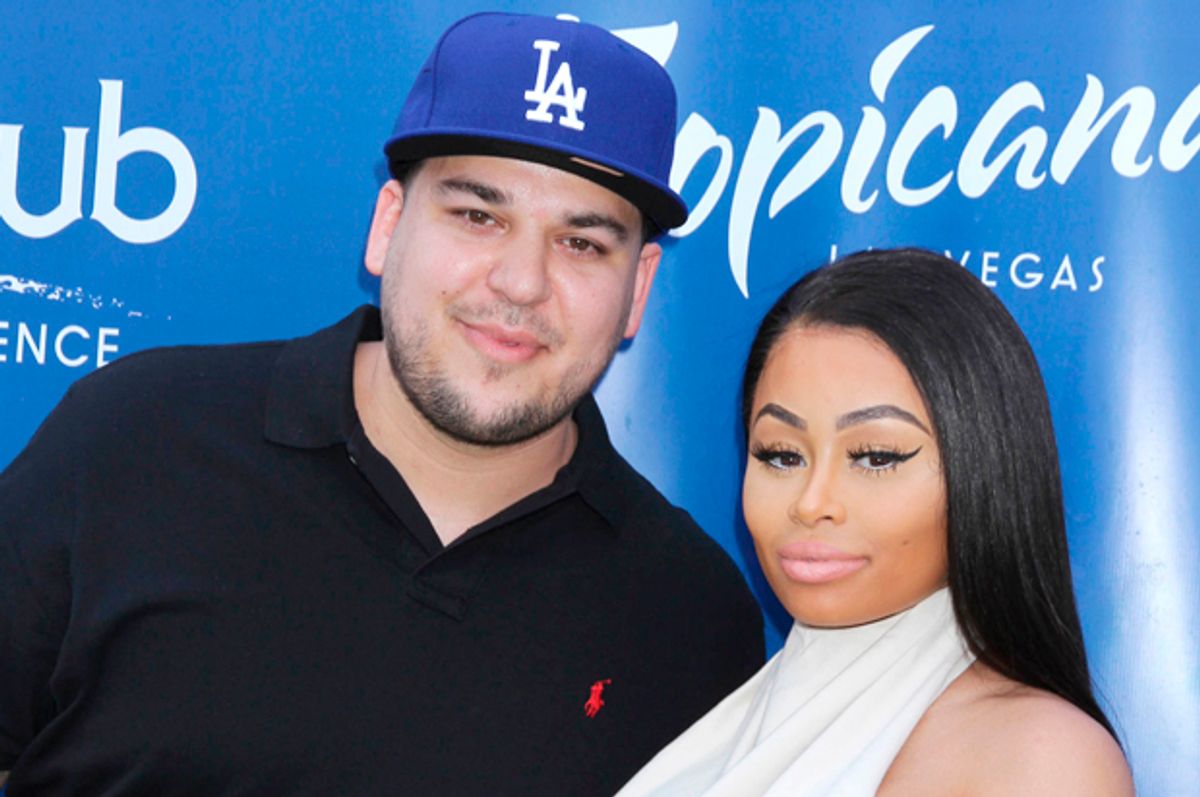 The relationship drama between Rob Kardashian and Blac Chyna may have just become illegal.

Kardashian took to Instagram Wednesday morning to expose Chyna for — in his words — cheating on him during their relationship. In over 20 separate posts, he released intimate photos and videos of Chyna featuring her in various states of undress (which he later deleted), along with an elaborate story detailing the chaotic relationship they shared for almost two years. The former couple began their relationship in January of last year, quickly became engaged and welcomed their first child, a daughter, in September. By December, the two had split.

"This is from Chyna yesterday to me," Kardashian said in the caption of a photo he alleged to be Chyna without any clothes covering her bottom half. "I never been so disrespected in my life. I just bought her 250K of jewelry yesterday. This woman is so disrespectful and I don't care."

But, his posts aren't just malicious, invasive and deeply misogynistic. Under California law, they're illegal.

"The criminal penalty is up to six months in jail," civil rights attorney Lisa Bloom told the New York Daily News. "If she sued him for money damages, the amount she received would depend on the emotional distress she suffered. Given that he has a large social media following, if the jury was sympathetic to her, she could recover millions."

Amongst the varied and often artificial Kardashian dramas — reports of sister Kim Kardashian hiring a surrogate to carry her third child, the buzz surrounding half-sister Kylie Jenner's new reality series, etc. — this latest spectacle has escalated into something very real and very disturbing. Exploiting a person's intimate photos to retaliate for perceived wrongdoing is dangerous, shameful and wholly new moral and legal territory for a family that has tapped their public personas for millions. It's no guilty pleasure.