Donald Trump hedges on Russia hacking while in Poland: "A lot of countries interfere"

In a press conference Thursday, Donald Trump wouldn't say that Russia was solely responsible for its actions 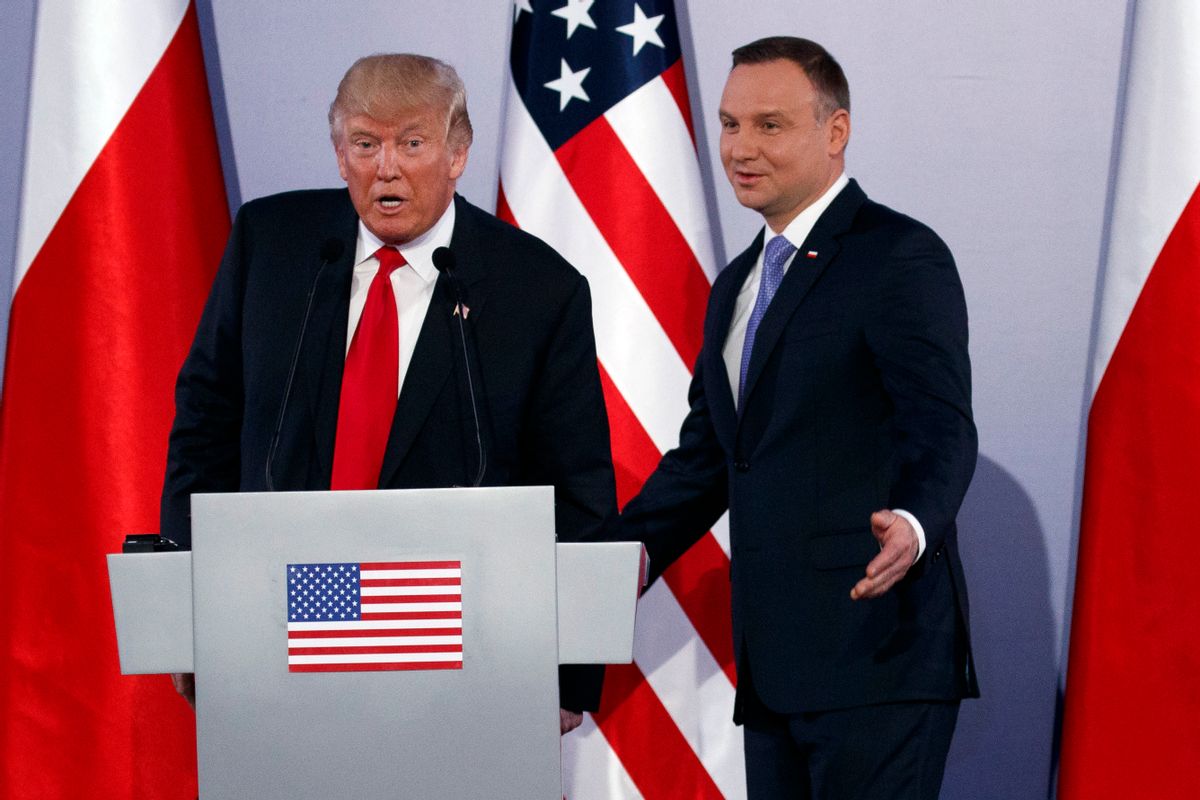 President Donald Trump is still angrier at CNN than he is at Russia. And he still won't admit what security agencies say — that Russia played a big role in hacking Democratic servers in order to influence the 2016 election.

"Well, I think it was Russia and I think it could have been other people in other countries," Trump said in Warsaw, Poland, Thursday. "I won't be specific, but I think a lot of people interfere."

Trump, who was meeting with Polish President Andrzej Duda, also once again shifted the blame to former President Barack Obama.

Summarizing the criticisms that Obama "choked," Trump speculated that instead Obama was overly-confident that Hillary Clinton would win the election "and he said let's not do anything about it. Had he thought the other way, he would have done something about it."

1. Given chance to blame Russia for election meddling, Trump wavers. "It could've been other people...it's been happening for a long time." pic.twitter.com/G9IPX91wvr

Trump also criticized North Korea during his trip to Poland, telling reporters, "It's a shame they're behaving this way — they're behaving in a very, very dangerous manner and something will have to be done about it."

He also criticized CNN, saying that the network's coverage of his controversial retweeted meme disparaging the network had "really hurt themselves. Very badly. Very, very badly."