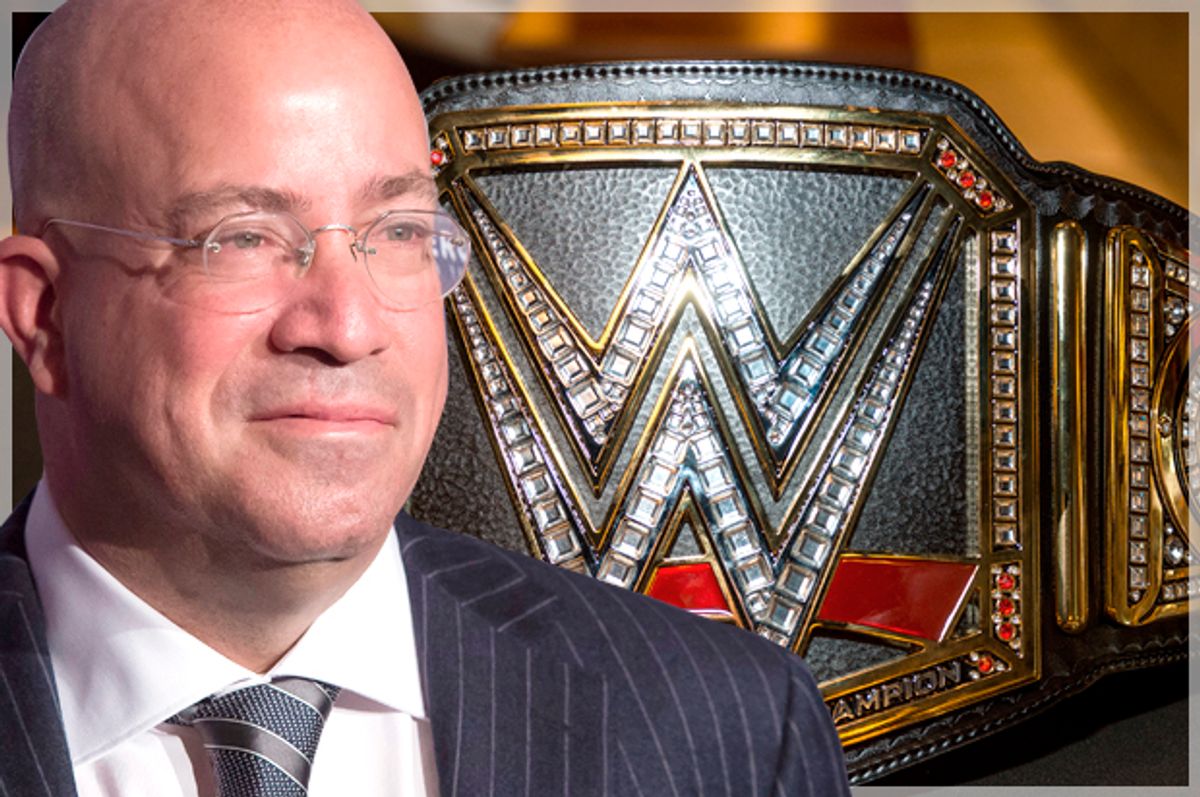 “Should CNN reveal name of Reddit user who made trump wrestling video?” network anchor Chris Cuomo tweeted in a Wednesday message that he subsequently erased. “Had a lot of bigoted and hateful material on page and website.”

The short answer? Yes. It would at least have been a better response than what CNN did after its reporters discovered the identity of an anonymous internet troll whose parody video of "Donald Trump" beating up a man labeled "CNN" was reposted on Twitter by the president.

Revealing the identity and background of the man who posted on Reddit under the moniker of HanAssholeSolo has unquestionable news value, even if he has supposedly apologized for his past statements.

The public has a right to know more about someone whose anonymous online work is being promoted by the most powerful man in the world. Doxxing him — web slang for revealing someone’s identity — would certainly have been legal as well: There is no constitutional right to anonymous speech.

Simply doing nothing to uncover the identity of HanAssholeSolo would likely have been smarter, especially since he does not appear to be the creator of the video clip Trump used, though he was likely its inspiration.

Secondly, as all Journalism 101 students are told, reporters should not want to become the story. There are plenty of other media outlets and social media sleuths who could have unmasked HanAssholeSolo, or whoever it was who actually created the clip. Sooner or later, that information would have emerged on the web. That sort of detective work is almost what the internet was invented for.

Instead of taking either of these prudent courses in response to President Trump’s veiled threats against their network, CNN officials decided to tell readers and viewers that they had uncovered HanAssholeSolo’s identity but that they weren’t going to divulge it.

In a Tuesday article discussing the matter, CNN reporter Andrew Kaczynski told readers that the network was keeping the troll’s identity secret because “he is a private citizen who has issued an extensive statement of apology, showed his remorse by saying he has taken down all his offending posts, and because he said he is not going to repeat this ugly behavior on social media again.”

Kaczynski added, however, that “CNN reserves the right to publish his identity should any of that change.”

The addendum triggered a massive protest from essentially the entire political right on Twitter, leading the hashtag #CNNBlackmail to become the worldwide top trend on the site for many hours. A few lefties and moderates joined in as well, including Vox writer German Lopez.

The language about "ugly behavior" appears to have been inserted into the story by someone other than Kaczynski.

On Tuesday’s “New Day” program on CNN, co-host Alisyn Camerota implied that the decision was a company-wide one.

"This is a very full-throated, I think, genuine, honest apology,” she said. HanAssholeSolo "has also asked we not reveal his name or whereabouts and we at CNN are honoring that.”

That tracks with what an anonymous CNN higher-up told BuzzFeed reporter Steven Perlberg.

Trump is not much of a techie, which would suggest that some of his top advisers are surfing through the worst parts of the web in their desperate desire to find anyone willing to defend the president. It was a trend that began during Trump’s campaign, when staffers regularly kept tabs on, and even made contact with, prolific posters on Reddit’s The_Donald board. Trump employees also kept an eye on their supporters on the self-described "national socialist" /pol/ boards of 4chan and 8chan, according to Politico reporter Ben Schreckinger.

In his bid to defeat Democratic rival Hillary Clinton, Trump himself tweeted out memes generated by /pol/ users on several different occasions, including once when he sent out a graphic of false crime statistics. Another time, he forwarded a graphic that was generated by an 8chan user.

The president’s eldest son, Donald Trump Jr., appears to be a major source of far right material for his father. In July of last year, he told Mississippi residents that he supported flying the Confederate battle flag on public buildings.

“I believe in tradition,” the younger Trump said. “I don’t see a lot of the nonsense that’s been created about that. I understand how some people feel but … there’s nothing wrong with some tradition.”

A few months later, in September, Donald Trump Jr. approvingly posted a graphic of his father and other Trump supporters alongside alt-right mascot Pepe the Frog. “I am honored,” he wrote.

In April, Donald Jr. said that Mike Cernovich, a Twitter troll who once considered himself a member of the alt-right and was a big promoter of the notorious “PizzaGate” conspiracy theory, deserved a Pulitzer Prize for “unbiased journalism.”

The younger Trump appears to have continued to monitor far-right websites. On Tuesday, he told his 1.8 million Twitter followers that the HanAssholeSolo account was operated by a 15-year-old boy.

“So I guess they weren't effective threatening the admin so they go after & bully a 15 y/o?” he wrote. “Seems in line w their ‘standards.’”

Donald Jr. presented no evidence for his assertion, likely because the original source for this claim was from a 4chan poster. On July 4 at 11:48 p.m. GMT, a /pol/ user first “reported” this information in a thread that has since been deleted but is still archived.

“They doxxed a 15 year old kid,” the anonymous troll wrote. “Just went through his posts, checked his Facebook. He's 15. Tough guys over at CNN.”

After getting a boost from Donald Trump Jr. and multiple alt-right Twitter accounts, the claim went viral, so much so that Kaczynski has had to explicitly deny it multiple times.

Instead of talking about how the Trump family is mainstreaming the ideas of people who say they want to murder Muslims, Jews, liberals and anyone else who opposes them, the mainstream press and CNN are having a debate on the ethics of doxxing. Fox News, meanwhile, has also picked up the false claim that HanAsshole Solo is 15 years old and continues to describe the racist middle-aged man as “a young kid” amid whiny saturation coverage attacking its principal cable-news rival.

By choosing to disclose that it had discovered the identity of HanAssholeSolo but was refusing to disclose it depending upon his behavior --- a condition that is impossible to monitor --- CNN has made itself the story, instead of the much more important one about why the president’s closest advisers, including his son, appear to be so fascinated with online neo-Nazis.

Washington Post reporter Paul Farhi argued recently that CNN's botched claim about a Trump associate being under investigation for ties to Russia "came at the worst possible time for the network." Who knew that CNN would make a similarly spectacular error just a few days later?