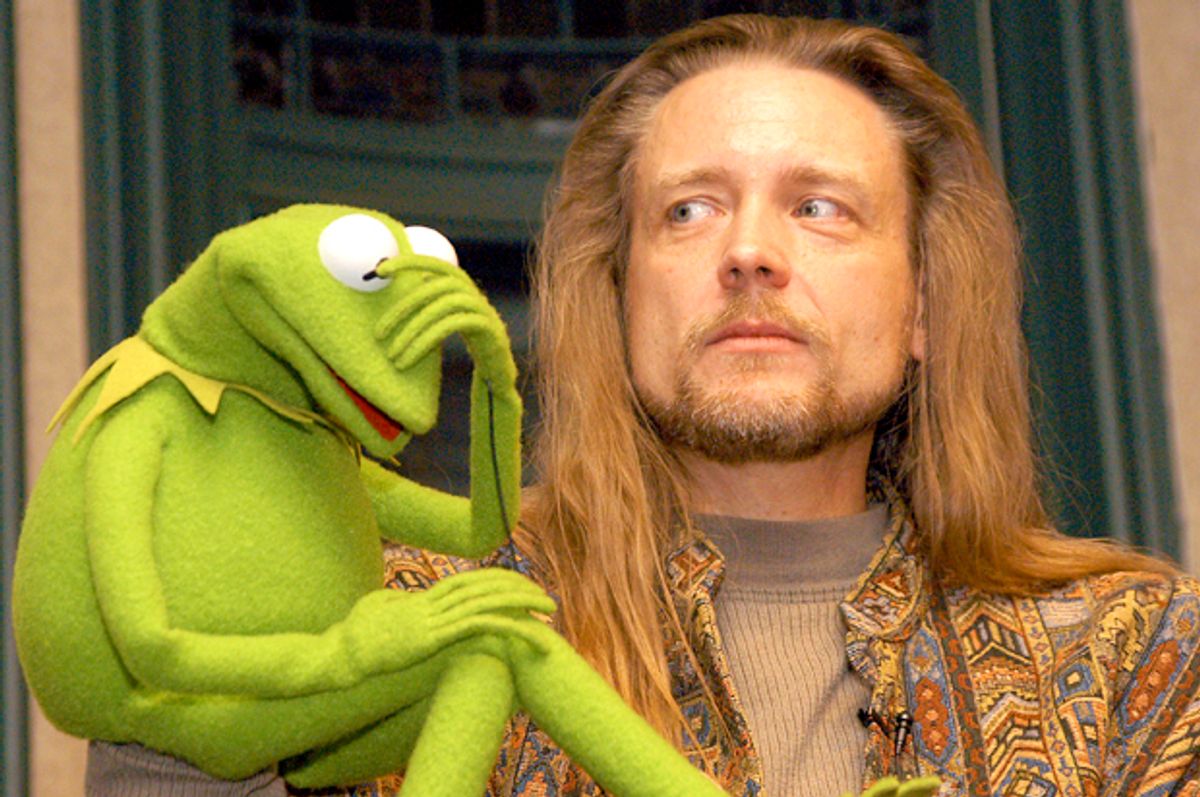 Muppets fan are in shock: Steve Whitmire, who has voiced Kermit the Frog across the broad franchise of Muppet-based programming since Muppets creator Jim Henson passed away in 1990, is leaving the character.

Whitmire will be replaced by Matt Vogel, according to a report by The Hollywood Reporter. Vogel will debut as the character in a segment of "Muppets Thought of the Week" next week.

With no explanation as to why Whitmire left the role after almost three decades, Muppets watchers are scratching their heads.

In addition to voicing Kermit the Frog, Whitmire was perhaps best known for voicing Ernie from the Bert and Ernie duo, according to a report by The Guardian. He also portrayed Rizzo the Rat and characters from Henson productions like Fraggle Rock, Labyrinth and The Dark Crystal.

This isn't to say that Whitmire's leaving caught everyone in the Muppet fan community off guard.

"Over the past few months, several of our readers have noticed clues, forcing us to wonder if Steve was absent from the Muppets," writes Joe Hennes of the Muppet fan site Tough Pigs. "For example, his characters weren’t being used in the recent 'Muppet Thought of the Week' videos, and eagle-eared viewers noted that Peter Linz performed Statler in some recent advertisements. "

While it's unclear if Whitmire's exit will impact the performance of Kermit the Frog — and, if so, how — the character remains one of the most iconic in the Muppets' line up, and for good reason. Where else can you expect to get gems of wisdom like this one?

"Here's some simple advice: Always be yourself. Never take yourself too seriously. And beware of advice from experts, pigs and members of Parliament."