Dylan Farrow on FEMEN's topless protest of Woody Allen: It's like "prison for him"

"Beautiful women crashing jazz concerts is still more than a lot of victims get," says Farrow 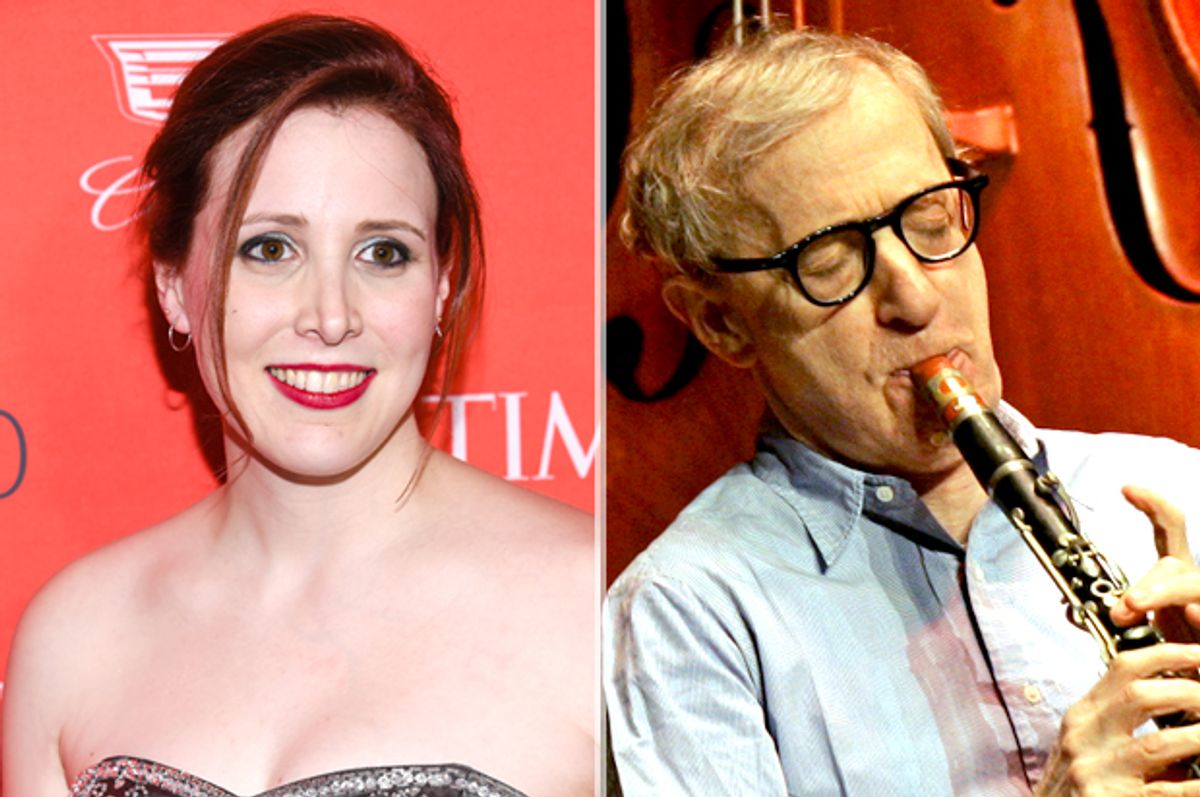 Woody Allen may not face prison time for his alleged sexual abuse of adopted daughter Dylan Farrow, but that doesn't mean he won't be humiliated for it.

Two topless female protesters from FEMEN, a feminist group, rushed the stage about 20 minutes into Allen's clarinet concert in the German city of Hamburg last night, according to a report by Variety. The activists wore flowers in their hair and had written text on their bodies from Farrow's 2014 open letter detailing her accusations against Allen.

After some wrangling (and selfie taking) organizers literally dragged the protestors across the floor and off the stage. Following the concert, FEMEN members handed out fliers stating that the group didn't wish to "spoil the evening," but “to give the victims of sexual violence a voice."

Speaking to Salon, Dylan Farrow expressed approval for FEMEN's actions. "I don't know what people think of me, or what they assume about my life, but I don't wake up every morning with a devilish grin and tented fingers wondering how I can make Woody Allen's life miserable," Farrow says. "What I do know is that he escaped justice for what he did to me, and these moments are the equivalent of prison for him."

Farrow added, "Beautiful women crashing jazz concerts is still more than a lot of victims get."

In her 2014 editorial, Farrow went into graphic and disturbing detail about what Allen allegedly did to her.

"When I was seven years old, Woody Allen took me by the hand and led me into a dim, closet-like attic on the second floor of our house," Farrow wrote. "He told me to lay on my stomach and play with my brother’s electric train set. Then he sexually assaulted me."

Farrow also called out the many celebrities who have defended Allen.