The internet is brimming with net neutrality protests today 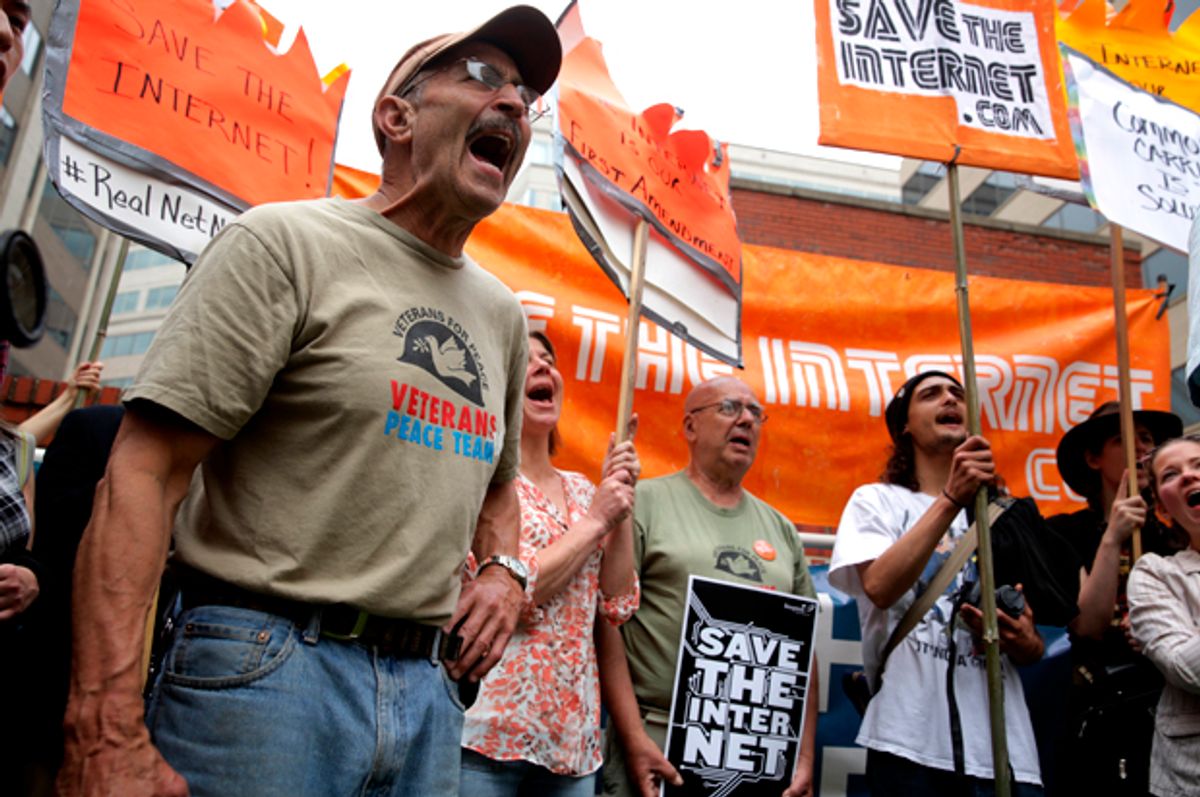 Amazon, Facebook and Google joined roughly 80,000 other websites in protesting the May decision by the Federal Communications Commission, according to a report by CNBC. The FCC is now led by Trump appointee Ajit Pai, who reversed a rule implemented by President Barack Obama's administration in 2015 requiring all internet service providers to treat online content in an equitable manner.

Evan Greer, campaign director of an organization behind the protest known as Fight for the Future, said in a statement that "the goal of the protest… is to ensure that ordinary people have a voice and are heard by decision makers in Washington, D.C. No one – regardless of their political affiliation – wants their cable company to control what they can see and do on the Internet, or to charge extra fees to access the content they want."

Twitter has amassed a round-up of the best parodies around the web drawing attention to eliminating net neutrality. Forum and link aggregator site Reddit had satirical warnings plastered over some of its subreddits — essentially smaller forum sub-pages — that mimicked the way the internet might look if net neutrality were revoked.  "We're sorry, Access to /r/technology is not included in your internet service package," the warning read. "You must pay your cable company an extra fee to proceed."

It added, "Ok, just kidding. But this is what could happen if we lose net neutrality. Click here to contact your lawmakers and the FCC to stop Big Cable censorship."