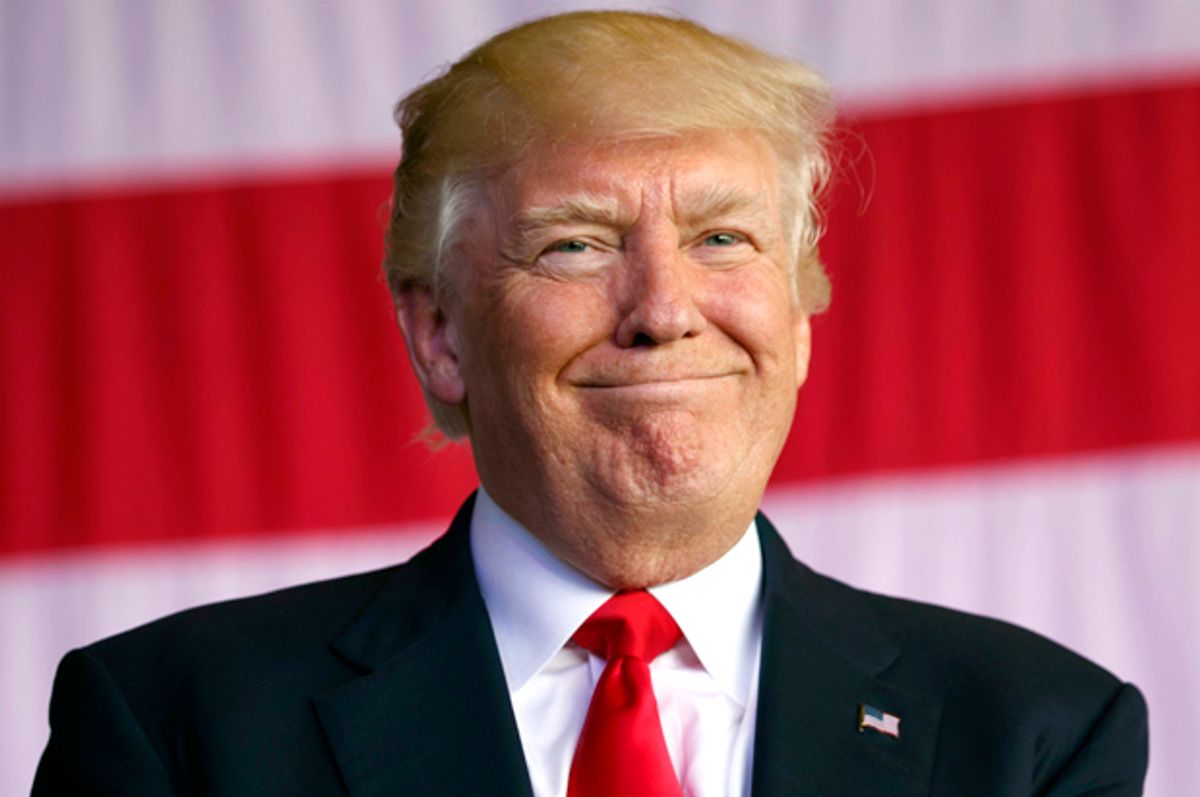 During the interview, which will air in its entirety on Thursday, Trump attempted to distance himself from Russian President Vladimir Putin without disparaging the dictator.

"Well he wants what's good for Russia, and I want what's good for the United States," Trump told Robertson. "And I think in a case like Syria where we can get together, do a cease fire, and there are many other cases where getting along can be a very positive thing, but always Putin is going to want Russia and Trump is going to want the United States and that's the way it is."

Trump also insisted several times that he had a "good meeting" or "great meeting" with Putin, citing his ceasefire with Russia in Syria and the general importance of establishing a dialogue with a nuclear power.

Trump also tried to spin that Putin actually would have preferred Hillary Clinton to have won, despite the president's son implicitly acknowledging in a June 2016 email that he realized the Russian government was pulling for his father.

"We are the most powerful country in the world and we are getting more and more powerful because I'm a big military person. As an example, if Hillary had won, our military would be decimated," Trump said. "Our energy would be much more expensive. That's what Putin doesn't like about me. And that's why I say, why would he want me? Because from day one I wanted a strong military, he doesn't want to see that."

Trump also claimed that his energy policies were less favorable to Russian interests than those supported by Clinton.