France's first lady is in "such good shape," says the president, who knows how to flatter the ladies 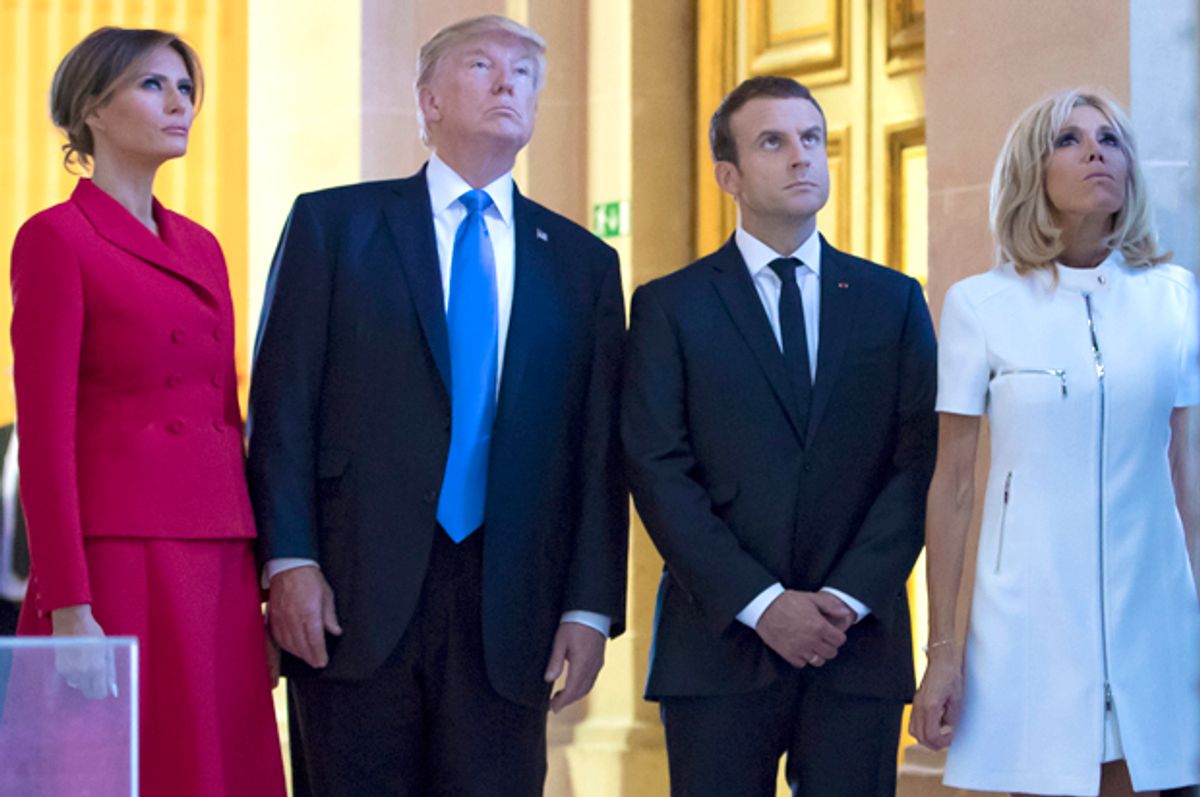 While the art was extraordinary, Trump's attention may have been focused more on Macron's wife, Brigitte Macron, whom he could be heard calling "beautiful" in a Facebook Live video of the tour, featured on Macron's account.

Now, to the French, some misogyny sometimes posing as flattery is par for the course. But Trump may have made some waves in the international community by going full-on ogling to the first lady of another country.

“You’re in such good shape,” he said to Brigitte Macron, according to reporters who heard the whole exchange. "She's in such good physical shape," he repeated, this time to the French president.

One has to wonder what Melania was thinking when he said that. She was there, too.

Observers also focused on the handshake between Macron and Trump. After May's awkward, aggressive handshake, all eyes were on whether or not Trump would try to rip the French president's arm off, as he seemed to do himself last time. But the handshake seemed to be friendlier. But that handshake was overshadowed by Trump's handshake with the first lady.

The president didn't seem to pull her in, rather going in for a European-style double-cheek kiss and hand clutch.

Trump said in a Thursday press conference that France was "America's oldest ally. Most people don't know that."