In what could been seen as a vicious, undermining move, the Sun and Mail Online ran nudes of Jodie Whittaker 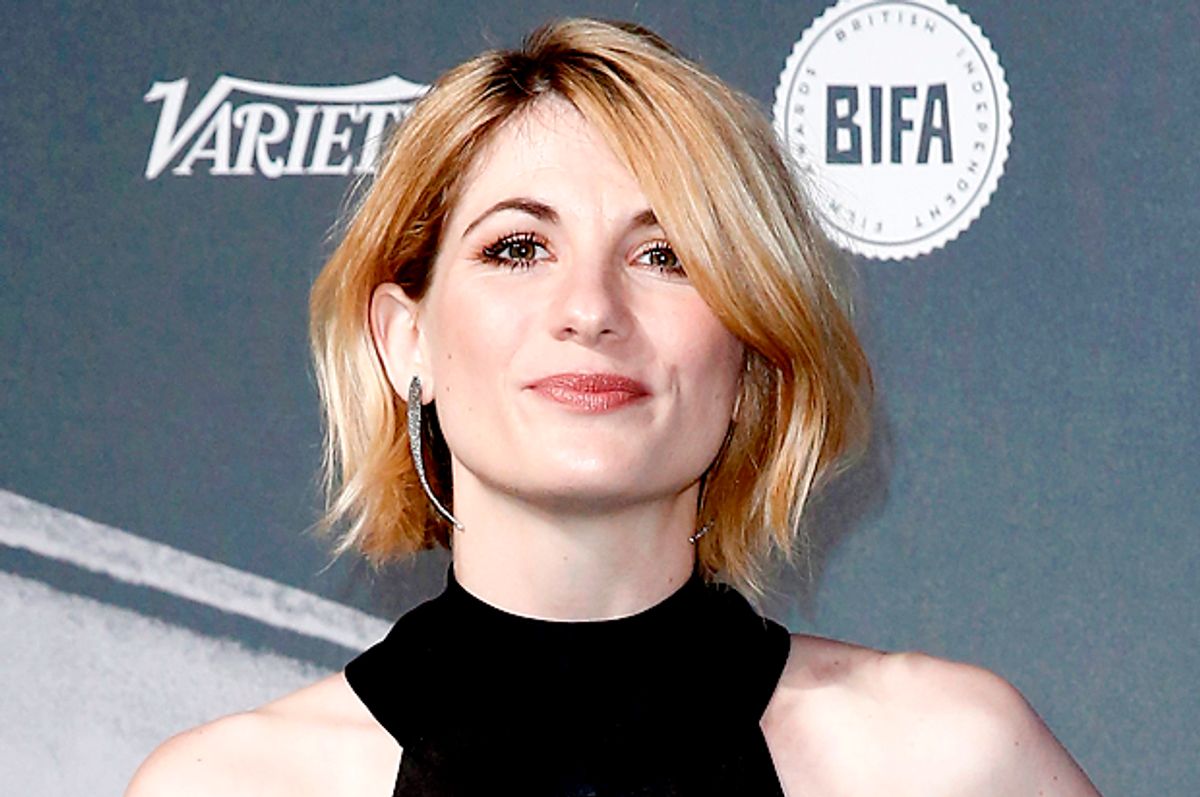 Yesterday, the BBC revealed that actor Jodie Whittaker would be taking over for Peter Capaldi as the lead in the network's long-running scifi program "Doctor Who." Whittaker, already a veteran of TV-drama at 35, will become the first woman to play the role of "The Doctor" in the character's 54 history of onscreen and offscreen appearances.

The BBC's decision to offer the part to Whittaker was hailed by many (including those who had played the role before). Whittaker herself asked fans not to, "be scared of my gender." That said, the move was also met by a outpouring of sometimes toxic, often ill-informed criticism by those who could not — for whatever reason — accept the idea of a woman playing the fictional character.

For the most part, those objections have surfaced in the form of personally authored Tweets and posts on social media. One nationally published paper, however, launched something that could been seen as its own anti-Whittaker campaign this morning.

The Sun — owned News Group Newspapers Ltd, a subsidiary of Rupert Murdoch's News Corp. — reacted to the news of Whittaker's casting with both a withering editorial and the publication of nude stills from the actor's past onscreen work.

In an editorial, Adam Postans said, "it is frankly nauseating that the [BBC] should now get on their sci-fi high horse and gallop into Right-Onsville to plonk a woman sheriff in town." He went on to call Whittaker's casting a pure publicity move. To his logic, since Carrie Fisher played Princess Leia and Daisy Ridley played Rey in the "Star Wars" franchise, the casting could be reduced to " self-important virtue signalling." He's entitled to that opinion, however shaky it may be.

More unnecessary is the Sun's publishing of nude images of Whittaker from her past roles under the headline “Dalektable” with a mention of Whittaker’s “saucy screen past." A similar article on the Mail Online — a competing publication — offered more nude photos under the headline “Doctor Nude!” alongside nude and topless images of past, male Doctors. The Daily Mirror, Daily Express and Daily Star all offered up similar images (we aren't linking to any of them).

Equal Representation for Actresses, a British advocacy group, released this statement: “We are delighted by the casting of Jodie Whittaker as the 13th Doctor. However, we are surprised and disappointed by the Daily Mail [Mail Online is owned by the Daily Mail and General Trust] and the Sun’s reductive and irresponsible decision to run a story featuring pictures of Jodie in various nude scenes.”

Whittaker has been an actor for some time and many female actors do indeed appear naked on film — and increasingly on television — for purposes both sensational and narrative. There is nothing shameful, tawdry or even "saucy" about that within context. It can even be empowering.

This, however, is not in context. That all of these British publications have marked the what is — like it or not — a landmark in the representation of women on screen by publishing such images is, at the least, reductive and off tone. It is, at most, viciously undermining.

Yes, all the British publications mentioned above have a long history of delivering nude images of women — sometimes posed, often caught unawares and without consent by paparazzi. The Sun only ended its long-running practice of offering up topless "Page 3" shots of women in 2015 (with a brief revival in 2017). Nudity is a part of British tabloid culture, even when papers — the Sun included — use their editorial columns to claim the moral high ground in both cultural and political matters.

Under this, some might argue that publishing nude photos of Whittaker in response to her headline moment is simply natural for these titles. That would be a hollow explanation and willfully disingenuous one at that.

In the context of a step forward in women's representation, it's hard to see the reactions of these tabloids — most of them right wing — as anything other than a perhaps malicious step backwards.