"Mr. Brexit" tells Theresa May he won't drop in for tea anytime soon

In a phone call between the two world leaders, Trump told May he won't visit until he gets better press 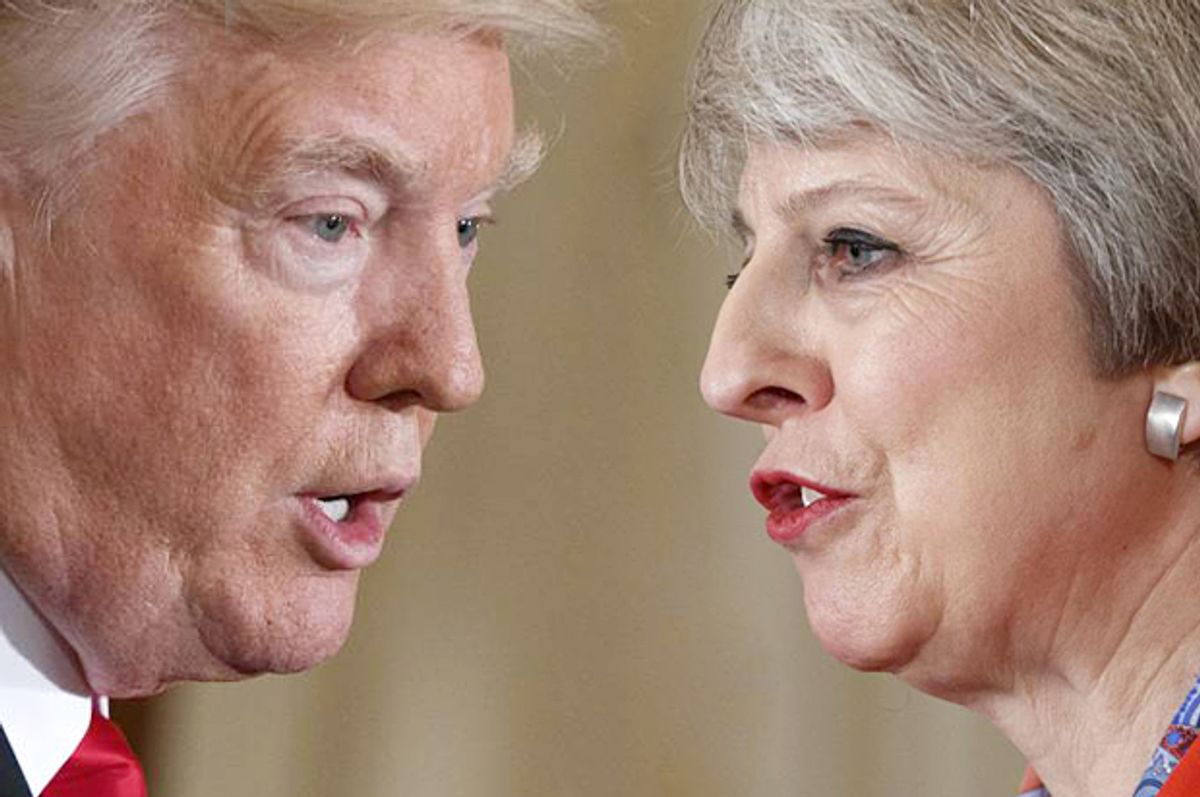 President Donald Trump once asked people to refer to him as "Mr. Brexit"  — yet he still refuses to even visit Britain until he's assured there won't be any protests against him.

Embarrassed to show his own face for fear of public backlash, Trump suggested that Britain's Prime Minister Theresa May could help "make things a lot easier," according to The Sun. In a transcript of the conversation seen by senior diplomats, the president told May he would not make a visit to the country until he was promised a more welcoming reaction. "When I know I'm going to get a better reception, I'll come and not before," Trump said, according to The Sun. "I haven’t had great coverage out there lately, Theresa."

"Well, you know what the British press are like," May replied.

Last week the White House confirmed that Trump would not be visiting the United Kingdom until at least 2018. It was also reported last month that Trump postponed his visit out of fear of public protests. Two million people signed an online petition in the U.K. demanding that Trump cancel his trip, according to The Sun.

Indeed, it is clear there will be no royal welcome for the president anytime soon — at least not in London, according to the city's Mayor Sadiq Khan. "State visits are different from a normal visit and at a time when the President of the USA has policies that many in our country disagree with, I am not sure it is appropriate for our government to roll out the red carpet," Khan told CNN on Monday.

After the terrorist attack that struck London in early June, the president blatantly took Khan's words out of context and used them to make him appear weak, attacking him on Twitter in an effort to promote his travel ban. Khan, however, said he would meet with Trump if circumstances were right. "If someone has views that I think can be changed I am ready to play my role," he told CNN.

"If you somehow think it is not possible to be a Muslim and a proud westerner I am happy to disabuse you of that idea, whether you are a reporter for CNN or Donald Trump," Khan added.