If you're upset about an emoji that represents Muslim women, it's time to ask yourself some larger questions 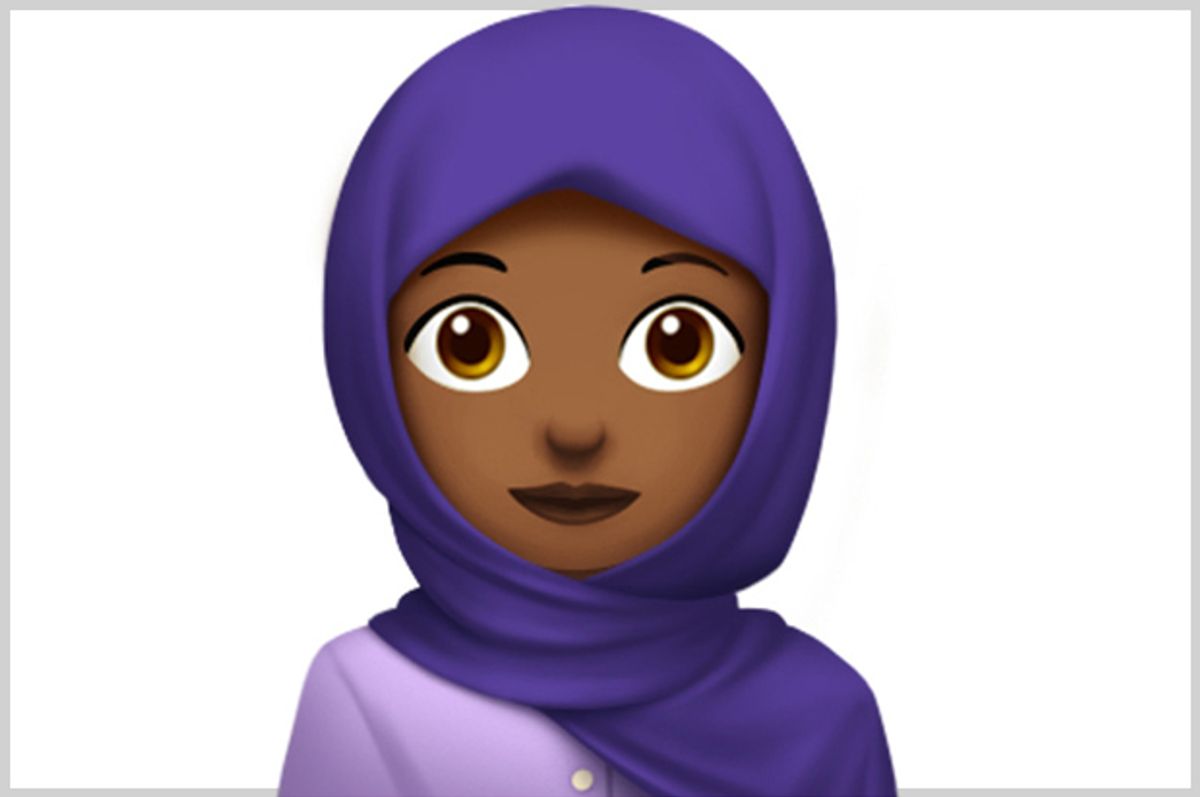 Say what you will about the social-justice movement's tendency toward hyperbole and figurative garment rending, but there is not one absurd over-reaction of which they are capable that their counterparts on the right cannot match or exceed.

Take the reactions to Apple's recent decision to create an emoji of a woman wearing a hijab. You'll find some of choicer Twitter comments on the issue below. Please note, the account cited here marked "Donald Trump" is not from the actual President Donald Trump (though you could be forgiven for mistaking it for the real thing).

There are two types of reactions here, each one expressing the same basic bigotry using subtly different techniques. The first, and seemingly most popular, response is to describe hijabs as intrinsically oppressive toward women (even though plenty of feminists wear them). This tack allows the individuals purveying hatred of Muslims to pretend that they're actually doing so out from a distinctly progressive perspective — that is, caring about women's rights. It's concern trolling at its finest.

In a similar vein, many of these individuals simply claim that Muslims are a hate group akin to the Nazis or KKK. While there are various interpretations of the tenants of the Islamic faith that deserve reasoned critical attention, comparing a diverse Abrahamic religion with more than 1 billion people from a number of ideological and racial backgrounds to groups that exist for the sole purpose of spreading hatred is... well... dumb.

Then there is the second type of reaction, which tries to minimize the importance of the hijab emoji as a separate route of discrediting it. This is where you see comments equating a Muslim emoji with one of bald people (aren't most of them bald?) or one sarcastically talking about how they "save lives."

While these individuals would most likely claim they're poking fun at a culture that makes a big deal over nothing, their actions diminish the pain of marginalized individuals who feel a lack of representation in popular culture.

At the end of the day, an emoji wearing a hijab helps some people feel more included in culture — less strange, less othered. For those who don't need it, it should cause no more concern or interest than the many other — arguably less useful emoji (razor scooter emjoi, we're looking at you). But some broflakes out there just can't let a rage opportunity pass them by.