In the trailer for the movie covering the creation of the legendarily awful "The Room," Franco shines as Wiseau 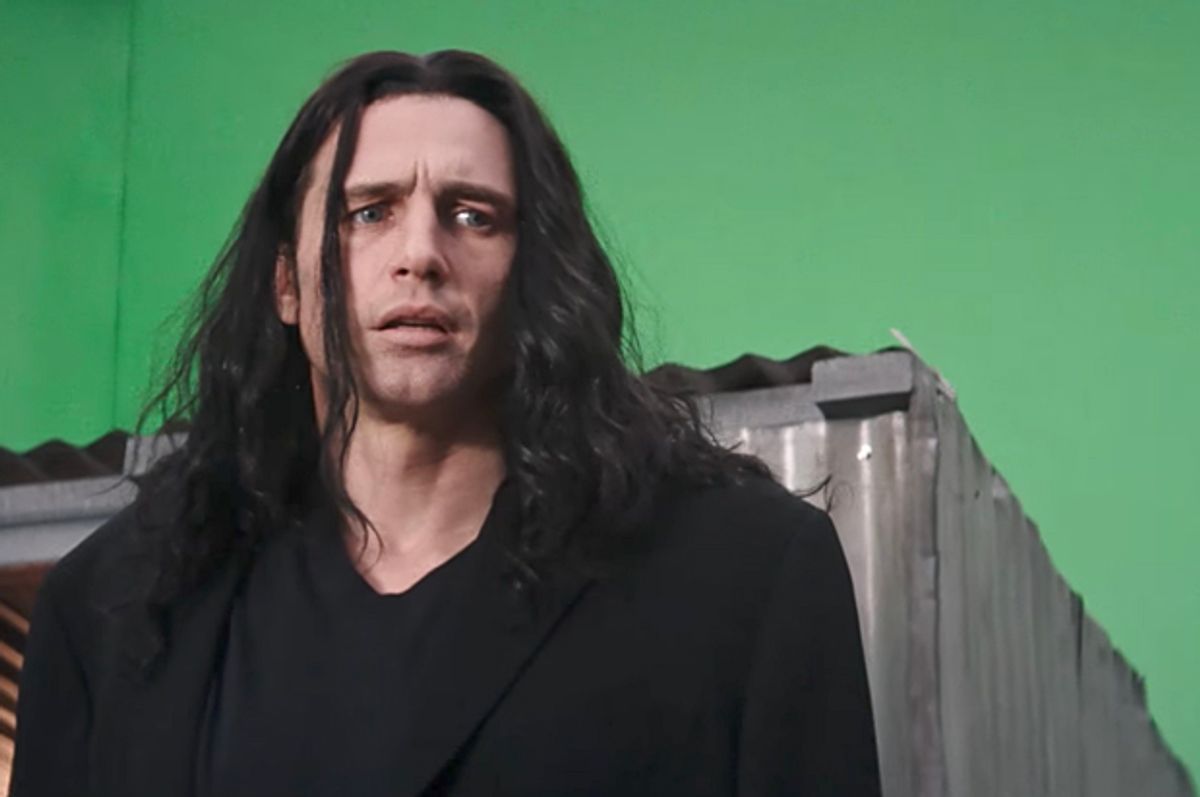 James Franco as Tommy Wiseau in "The Disaster Artist" (A24)
--

If you haven't seen the documentary "Best Worst Movie," you absolutely should. It offers behind-the-scenes details about the production of the infamously so-bad-it's-good 1991 horror flick "Troll 2," as well as the ramifications that film's notoriety had on the people involved in making it.

Of course, if there is one so-bad-it's-good movie with a status even more legendary than "Troll 2," it's the 2003 film "The Room." Directed by, written by and starring the indiscernibly accented Tommy Wiseau, it tells — or at least attempts to tell —  a sordid tale of love and betrayal.

With  wince-inducing acting, a hackneyed story, inexplicable plot turns and characters appearing and disappearing without rhyme or reason, it has become a certain kind of genre-breaking classic. Regular midnight screenings and a large fan base have made it the "Rocky Horror Picture Show" of its generation (if only in reach and relevance given that "Rocky" is actually a good film).

Part of enjoying "The Room" and its potpourri of inexplicable cinematic decisions is in wondering — sometimes aloud —  how and why it was made.

An attempt to perhaps answer these pressing question is the forthcoming film  "The Disaster Artist". A dramatic — well, comic — adaptation of the non-fiction book of the same name by "The Room" actor and line producer Greg Sestero, "The Disaster Artist" sees James Franco stepping in as both director, star and, under a jet-black wig, Wiseau himself.

Franco's brother, Dave Franco, plays Sestero while stars including Seth Rogen, Zac Efron, Josh Hutcherson, Alison Brie, Hannibal Burress and many, many, many comic lights round out the cast of bedraggled actors and crew members fighting to stay afloat on the Titanic that was "The Room". A darling of the South by Southwest festival, "The Disaster Artist" already has a 92% approval rating on Rotten Tomatoes ("The Room" stands at 32%).

Distributed by A24, "The Disaster Artist" was originally scheduled to be released in summer, but has been shifted to a December 1 premiere — perhaps to take advantage of awards season. Until then, we have only this trailer and a peek at Franco's spot-on depiction of Wiseau to keep us sated. Watch it below.