Tiny homes: The potential to ease gentrification, reduce consumerism and help the environment

There's a growing movement to downsize living, but is America ready for a nation of micro-houses? 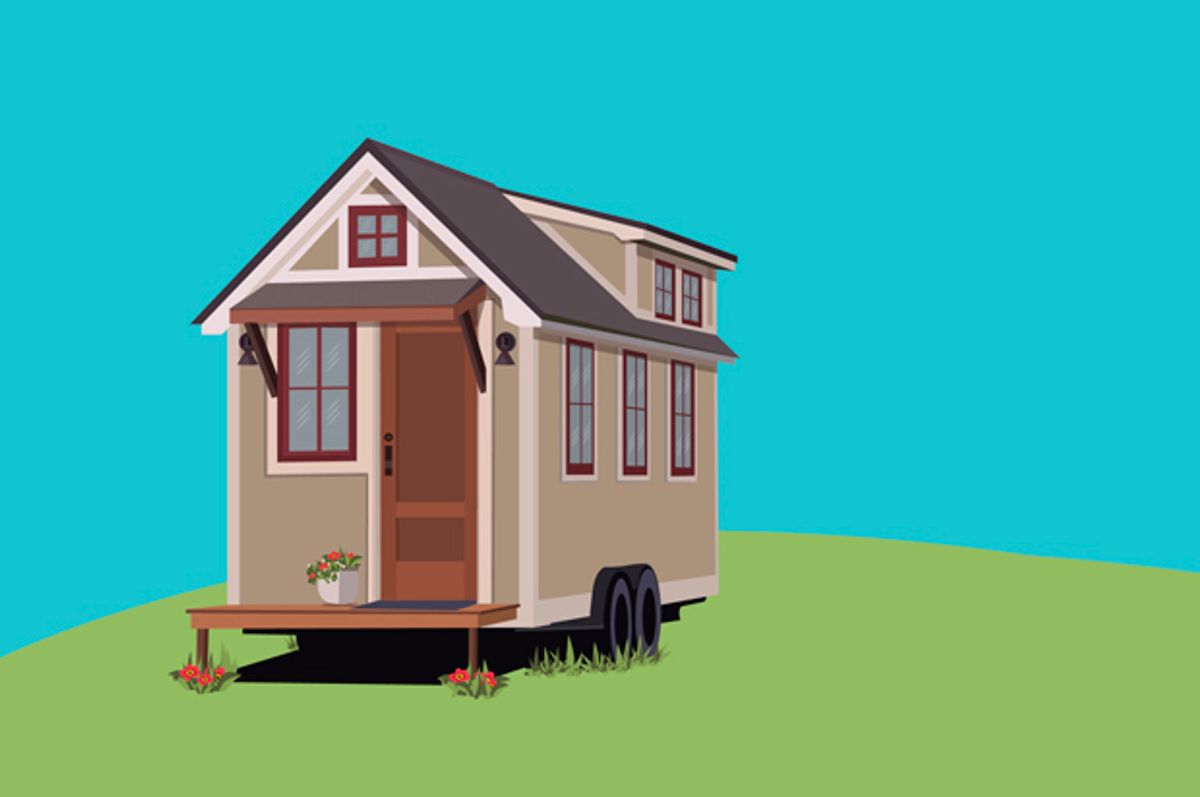 Late last year, the tiny house community celebrated a watershed moment — an official appendix in the 2018 version of the International Residential Code (IRC), the model building code used by most jurisdictions in the United States.

“There are many things that are monumental in the adoption of Tiny House construction codes by the IRC,” cheered Thom Stanton, the CEO of small space developer, Timber Trails. “Among them, that architects, designers, builders, community developers, and (maybe most importantly) zoning officials have a means of recognizing Tiny Houses as an official form of permissible dwelling.”

Although will take a few years for local governments to formally adopt the new code, the appendix gave the tiny house movement something it had long sought: Legitimacy.

Tiny homes are generally between 100 to 400 square feet and can be built on wheels or a permanent foundation. Some might deride these micro-homes as glorified trailers, but there’s a lot to admire about the lifestyle.

The architectural and cultural phenomenon emerged after the 2007-2008 housing market collapse, as Recession-scarred folks abandoned the McMansion fantasy and chose to significantly downsize. Proponents of tiny houses tout its cheaper costs, freedom from unnecessary material possessions, and a smaller environmental footprint (see infographic).

And frankly, some of these dwellings — like this 240-square-foot, completely off-grid tiny house nestled in a Hawaiian rainforest paradise — make me want to leave it all behind too.

Portland, Oregon, for instance, needs tiny houses "to keep its own identity in place," Michelle Boyle, who lives in a tiny house in nearby Sherwood and hosts the Tiny House Podcast, told Portland Tribune.

Indeed, Oregon’s largest city has seen home prices outpace much of the nation. The median price of homes currently listed in Portland’s metro area is $404,990, according to Zillow.

"There are people who Portland would love to have living in our city, but they can't afford it any more," local small-scale developer Eli Spevak added to Portland Tribune.

Tiny homes are certainly cheaper than building or buying a “regular” house because of their small size. Prices for tiny homes vary widely but GOOD Moneycrunched the numbers and determined that a DIY tiny house costs between $20,000 to $30,000. Contracting a professional builder or buying a prefabricated unit ranges from $50,000 to $449,000 (like this luxurious 315-square-foot “mini mansion” in Maryland).

But why would you go tiny?

Despite the proliferation HGTV reality shows and documentaries on the topic, tiny house living is far from the norm. New American homes are actually bigger than ever. The typical single-family home in the U.S. is roughly 2,500 square feet, about 50 percent larger than in the late 1970s.

Some might find tiny living too small and even abandon ship. The Atlanticexamined the psychological toll of living in New York City’s first micro-apartments, which range from 260 to 360 square feet, and warned about possible claustrophobia and crowding-related stress for some residents.

“Sure, these micro-apartments may be fantastic for young professionals in their 20's,” Dak Kopec, the director of design for human health at Boston Architectural College, said in the article. “But they definitely can be unhealthy for older people, say in their 30’s and 40’s, who face different stress factors that can make tight living conditions a problem.”

Then there’s the whole legal issue. Although these rules are slowly evolving (i.e., the new tiny house appendix), the country’s decades’-old zoning regulations and patchwork of building codes just won’t allow you to wheel or construct a tiny house onto whatever empty lot you like and call it home.

The thing is, there are two types of tinys with specific rules for each. First, there’s the tiny house on a foundation, which is legally considered an Accessory Dwelling Unit (ADU). ADUs — small or tiny homes built on the same property of an existing home — are subject to local laws such as minimum square footage requirements and will probably require a permit to build.

The second type is the portable tiny house, or a tiny house on wheels, which is typically classified as a recreational vehicle (RV), meaning it could require licensing and registration at a state transportation department. Legally parking a tiny house on wheels is also a frequent issue that also varies by jurisdiction.

Because of all these rules, tiny housers sometimes live under the radar and just cross their fingers that a nosy neighbor won’t alert the authorities.

If that isn’t enough of a headache, online you’ll find a whole host of other complaints (it’s just a fad, they’re difficult to resell) as well as thoughtful arguments (the unavailability of open space and the high cost of land in urban centers) against tiny homeownership.

Tiny homes aren’t for everyone, but it’s clear that their popularity is far from waning. An expanding list of micro-communities are popping up around the country and in January 2016, Fresno, California became the first city in the nation to develop tiny house-specific codes. Fellow Californian city Ojai followed Fresno’s footsteps not long after.

Let’s go back to Portland. The famously progressive city has become an epicenter of the tiny house movement (of course) and is even a national leader in ADU development. In 2016, the city granted about as many building permits for ADUs as regular single-family homes.

And late last month, with very little fanfare, Idaho became the first state in the nation to adopt the tiny house appendix.

“This is a huge step forward for everyone who wants to live legally in their tiny home,” declared Andrew Morrison of Tiny House Build a day after the vote. “There is still a lot of work to be done in Idaho, but this is absolutely the best outcome from yesterday’s vote.”

Morrison, a veteran tiny house builder, co-authored the tiny house appendix and spearheaded efforts to get it approved. He is now working on an appendix specifically for movable tiny houses.

As the Portland Tribune noted, “many obstacles remain before tiny houses on wheels get the same treatment as ADUs here and elsewhere, but many say it's inevitable, given spiking house and rent prices and the growing popularity of tiny houses.”

At least for now, it looks like this movement is not-so-tiny after all.