As a senator in the '90s, Lieberman fought for a ratings system to help parents navigate violent video games 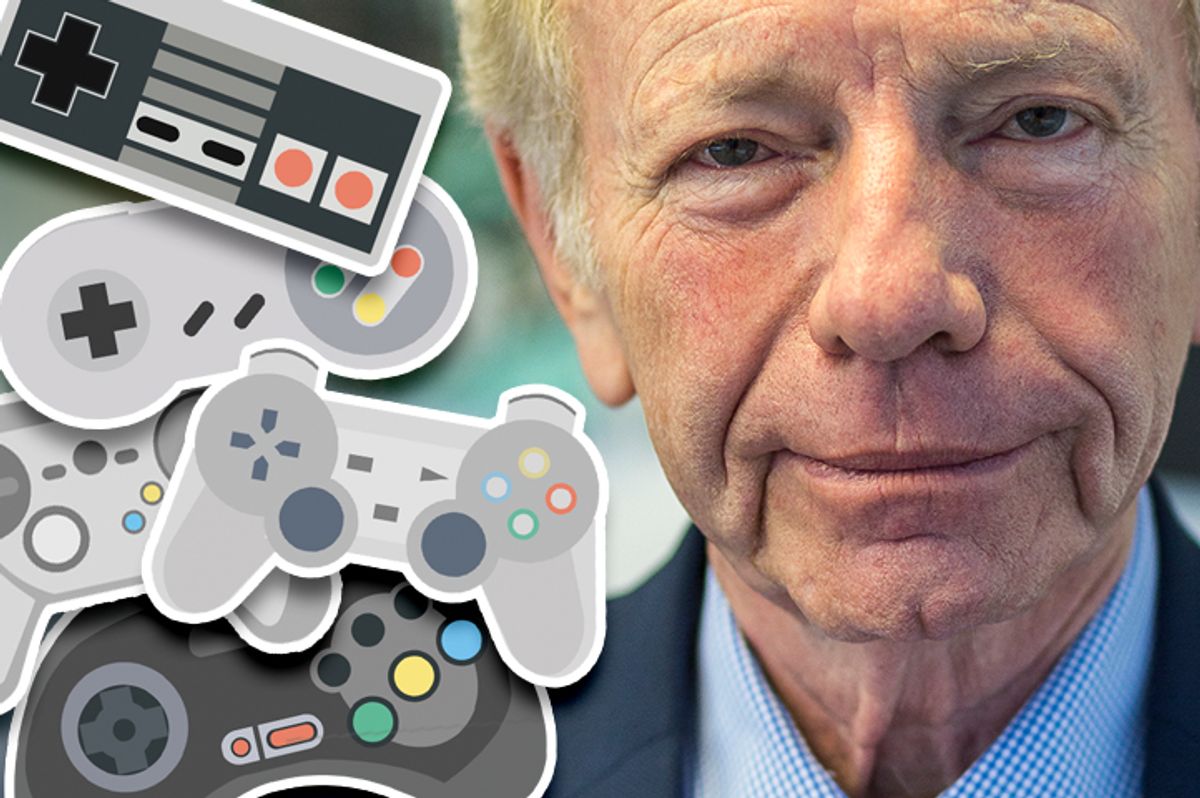 As a child of the '90s, I recall hearing the name Joe Lieberman disparaged by my classmates before I even knew what a United States senator was.

Why? Because he was viewed as an enemy of video games — the final boss, if you will, standing between them and the violent entertainment that little kids naturally love, in no small part because their parents often disapprove of it.

While I was never a gamer myself, the memories of the schoolyard animus toward Lieberman remained vivid decades later, which made me eager to broach the subject with the former senator during our recent "Salon Talks" conversation.

On whether he still stands by his position on video games ratings:

I do in the broadest sense, and I'll come to it in a minute, which is that culture affects values, and particularly the values of children. And I'll just tell you these stories quickly: I was reacting as a parent and I was also reacting as a senator who was hearing from parents in Connecticut. Most pointedly stated to me by a lady, I can see her in a supermarket in Woodbridge, Connecticut, saying, "Senator, I feel as if I am in a competition with the entertainment media — television, music, video games — to raise my children, and I'm losing." And my chief of staff told me that he was having a big argument with his son who wanted to buy "Mortal Kombat" and he said he couldn't buy it.

To me, it was all about two things. One is trying to get parents to exercise more control over what their kids were doing. And the second was to get the companies to give more information to the parents if they were gonna act responsibly. So, I mean, we put in legislation actually which would have required the video game makers to adopt a rating system. And they didn't want the government involved and I didn't blame them. So they said, give us, whatever, six months to come up with our own rating system. And they actually came up with a rating system that I think at the time — I honestly haven't been back to this in a long time — was the best. Much better than the movies.

So you were satisfied with the rating system? You wouldn't advocate more?

I wouldn't advocate more. I can't give you an informed response to that because I don't know what's going on now. I'm not the sort of person that would advocate making video games that are violent illegal! But really this was both a reflection of what I was hearing from my constituents and also a call from myself for some kind of responsibility, particularly regarding children.

Watch the conversation for more on Lieberman's thoughts on entertainment's impact on culture.