WATCH: Joe Lieberman says Bernie's popularity is an "extension of what I experienced in 2000" 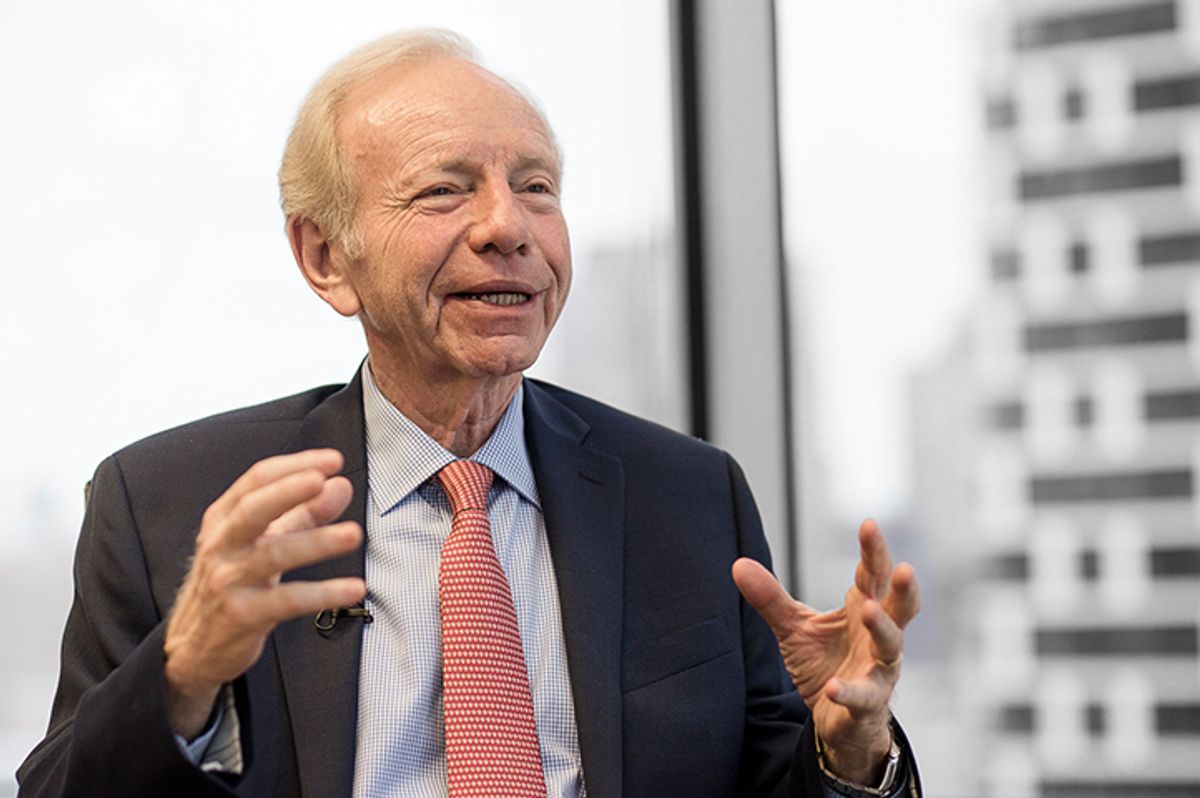 As a Jewish American who has experienced anti-Semitism myself, there was something quite powerful about meeting Joe Lieberman. Prior to our conversation on "Salon Talks," I told him that I had long believed Al Gore had earned a spot in Jewish history for his courageous decision to choose a Jewish vice presidential running mate in the 2000 presidential election (he found that statement amusing), and that it was similarly very inspiring to finally meet in person the man who had shattered a major barrier for the American Jewish community.

Our conversation started by mentioning Sen. Abraham Ribicoff, who could have been George McGovern's running mate in 1972 but declined out of fear that if McGovern lost, his Jewishness would be blamed. Lieberman, I discovered, was very optimistic about how Jews are faring in the United States today, and has incredibly fond and warm memories of his own unique experience as a trailblazer in Jewish history.

On being Al Gore's running mate:

[I]t's the night before Gore is going to make the announcement in Nashville that he's asked me to be his running mate. He flies my family to Nashville the night before. We have dinner together. And he wants me to know that he had decided about two or three weeks earlier that I was his first choice as a running mate. But he thought, because he knew it was historic and different, that he should talk to some trusted friends about whether they thought America was ready for a Jewish person as vice president, the proverbial heartbeat away from the presidency. And he said I found something very interesting: "I talked to a group of friends who are Jewish, among them there was high anxiety and uncertainty about whether the country was ready. Then I talked to my Christian friends, really trusted advisers, and every one of them said, 'No problem.'"

"So obviously," Al joked  — he had a better sense of humor than some people gave him credit for — "since I know that there are so many millions more Christians than Jews in America, I was free to make the choice that I wanted to make!"

So clearly two things: One is that the Jewish reaction is based on Jewish history of discrimination. Don't be too prominent. The Christian reaction reveals a totally different reality than Jews have experienced in any place that they've been in the world except when Israel was a Jewish state.

I had had such experiences in Connecticut that were so positive about — It didn't matter to people that I was Jewish or that I was religious or that I was obviously Jewish in some ways, [like] I didn't go to the nominating conventions on Saturdays because it was Sabbath.

On the unexpected successes of Bernie Sanders' campaign:

In some sense it's a reassuring validation and extension of what I experienced in 2000, which is that today for the most part — unfortunately I think Muslims still suffer some discrimination in people's minds, and to some extent, interestingly, Mormons do — but I don't think Jews do at all. So people weren't thinking, now, Bernie's not religious, Bernie's not whatever. But it's pretty clear that he's Jewish. He's very unabashed about that, he's proud of it.

So what I'm saying is, it was totally irrelevant to 99 percent of the people.

It's a beautiful thing that Bernie was [that successful in his campaign] and he's Jewish. And I think it's a tremendous statement about our society. Incidentally some people in the Jewish community will say to me now, Oh with BDS and all that stuff going on on campus, etc. Do you think you would have done as well now as you did in 2000 on the ticket? I say yes, look at Bernie! Look at Bernie Sanders!

Watch our conversation for more on making history in American politics.