See the trailer from the next show from the "Handmaid's Tale" creator, "Alias Grace"

Based on a real-life 1840s murder, the trailer for Netflix's new show does justice to Margaret Atwood's book 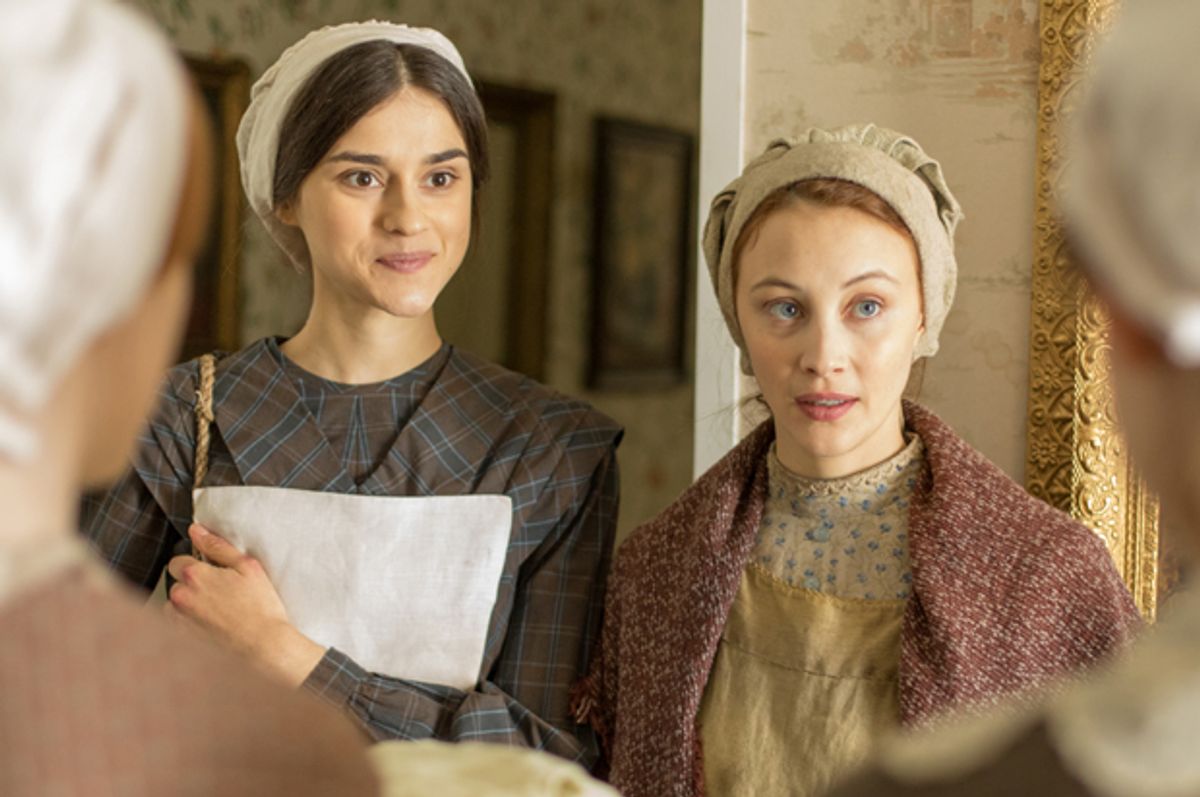 If the new teaser trailer for "Amazing Grace" is any indication, the upcoming Netflix miniseries is going pick up on the buzz created by another adaptation of the same author's work, "The Handmaid's Tale".

Based on the Margaret Atwood novel of the same name, "Amazing Grace" tells the story of an Irish immigrant named Grace Marks (Sarah Gadon) in rural Canada who, while working as a domestic servant for a man named Thomas Kinnear, was accused of murdering both him and his housekeeper, Nancy Montgomery (Anna Paquin), with the help of a stable hand named James McDermott (Kerr Logan).

In real life, there was considerable controversy over whether Marks actually committed the murders in question, with defenders claiming that her help was entirely unintentional. She was eventually released after spending 30 years in prison.

The trailer hints at these themes by discussing the underlying sexism that may have contributed to Marks' conviction.

"I think of all the things that have been written about me. That I'm an inhuman female demon. That I'm an innocent victim of a blaggard forced against my will and in danger of my own life. That I am cunning and devious," Grace Marks tells the audience before asking, astutely, "How can I be all these different things at once?"

She later narrates, "Murderess is a strong word to have attached to you. Murderer is merely brutal. I'd rather be a murderess than a murderer, if those are the only choices."

It remains to be seen whether the TV series will receive as much acclaim as the novel, although it certainly looks as if it will depict Marks with the intelligence and complexity that her character possessed in the original book.