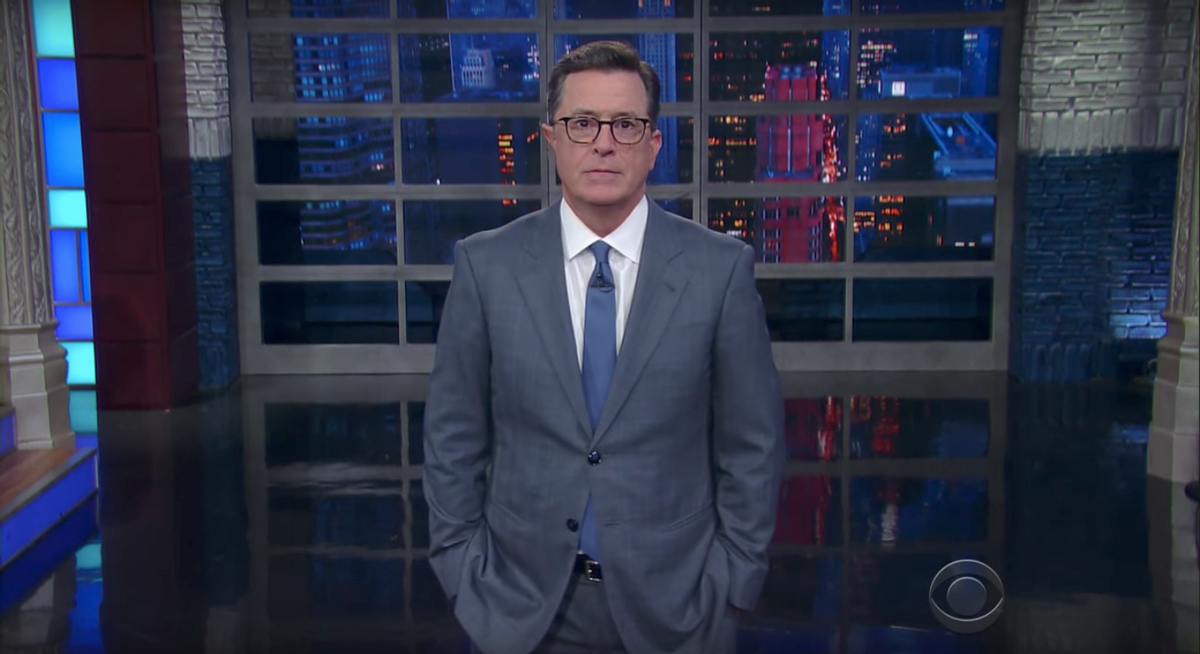 President Donald Trump delivered one of his oddest speeches yet to the Boy Scouts national jamboree on Tuesday, a speech so deranged that satirist Stephen Colbert did not even have to provide that much commentary. "The Late Show" just rolled the tapes.

"It's no surprise he went to the Boy Scouts," the comedian said during his opening monologue Tuesday. "With all his scandals, he needs someone good at putting out fires."

"This is an event for children from all over the country, and it is completely a non-partisan event," he explained further,"so Trump left the politics and just talked about his hopes for their future. I'm just kidding."

Some of the highlights from the speech included the time the president started boasting of his crowd size — a peculiar thing to celebrate, considering the Boy Scouts of America were hosting the event themselves.

"I cannot believe all these people turned out to for the Super Bowl just because I am here," Colbert said in his Trump voice. "I also am very honored there are 7 billion people on Earth right now, just to see me."

Trump invited two of his administration officials onto the stage during his speech: Energy Secretary Rick Perry and Health and Human Services Secretary Tom Price.

The president actually joked about firing Price if the Obamacare repeal failed. He then started reading parts of the Boy Scouts honor code, which includes a line or two about loyalty.

"We could use more loyalty," Colbert remarked after he played a clip of Trump talking about loyalty. "For instance, that guy on stage just threatened to fire the guy he said was doing a good job."

The president later pledged that the U.S. would soon be the export leader of the world in energy, a somewhat odd thing to say to a crowd of Boy Scouts.

"Who wants a merit badge in fracking?" Colbert joked.

Near the end of his speech, Trump also brought up the "Merry Christmas" controversy, saying that nobody in America would even talk about it right now.

"Yes, they are down playing it for some reason," Colbert agreed. "I'm just spitballing here, but maybe because it is July."