Scaramucci has made a lot of noise since becoming the comms director, too much noise for the "Full Frontal" host 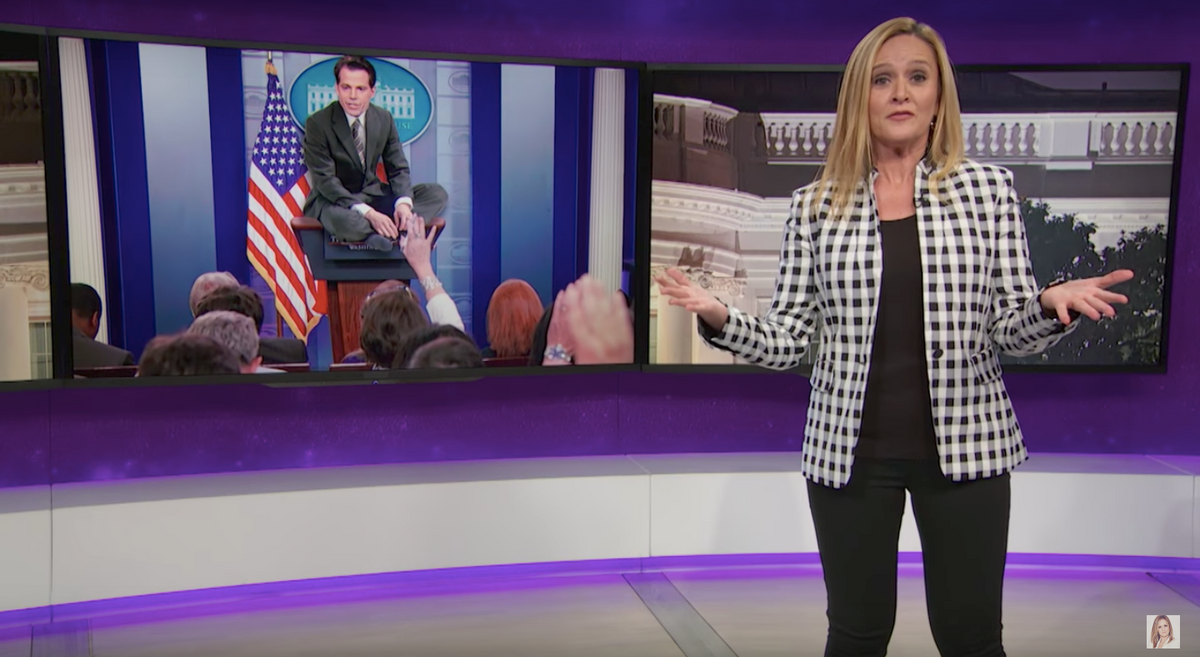 "Heck of a job Mucci. I can't wait for day six," Samantha Bee said Wednesday night to conclude her segment on the new White House communications director. Little did she know, Anthony Scaramucci would be calling in to CNN's "New Day" just hours later to provide one of the most bizarre moments yet of the Trump administration.

The "Full Frontal" host dedicated part of her show Wednesday to Scaramucci's new role in the West Wing and how that has had an impact on President Donald Trump.

"What does the Mooch Doctrine look like in practice?" Bee asked her audience. "Oh, worse than you could even imagine."

Since taking over the communications shop, Scaramucci has doubled down on the president's blustering. But it's Scaramucci's chill vibe that almost makes it worse, as it could have a normalizing effect on the press corps.

"Scaramucci was working the 'don't think of me as your teacher vibe' so hard, I was waiting for him to sit on his podium and tell the press corps to call him Mr. S," Bee said of Scamarucci's introductory press conference.

Even though the president has executed a deranged messaging strategy the past six months, he may have eclipsed the craziness Wednesday morning when he called for a ban on transgender service members in a tweet.

"I know you don't know or care how government works; that has been made abundantly clear, but we don't make bullshit discriminatory laws on Twitter," Bee said.

“Firing thousands of active duty service members in the middle of the big push against ISIS was Trump’s version of ‘don’t ask, don’t tell,’” she added. “He didn’t ask anyone if it was a good idea and he didn’t tell anyone he was going to do it. But that is how we roll now.”

Bee surmised that Scaramucci is guilty of enabling Trump's worst tendency. That became clear during his speech before the Boy Scouts of America and the transgender ban.