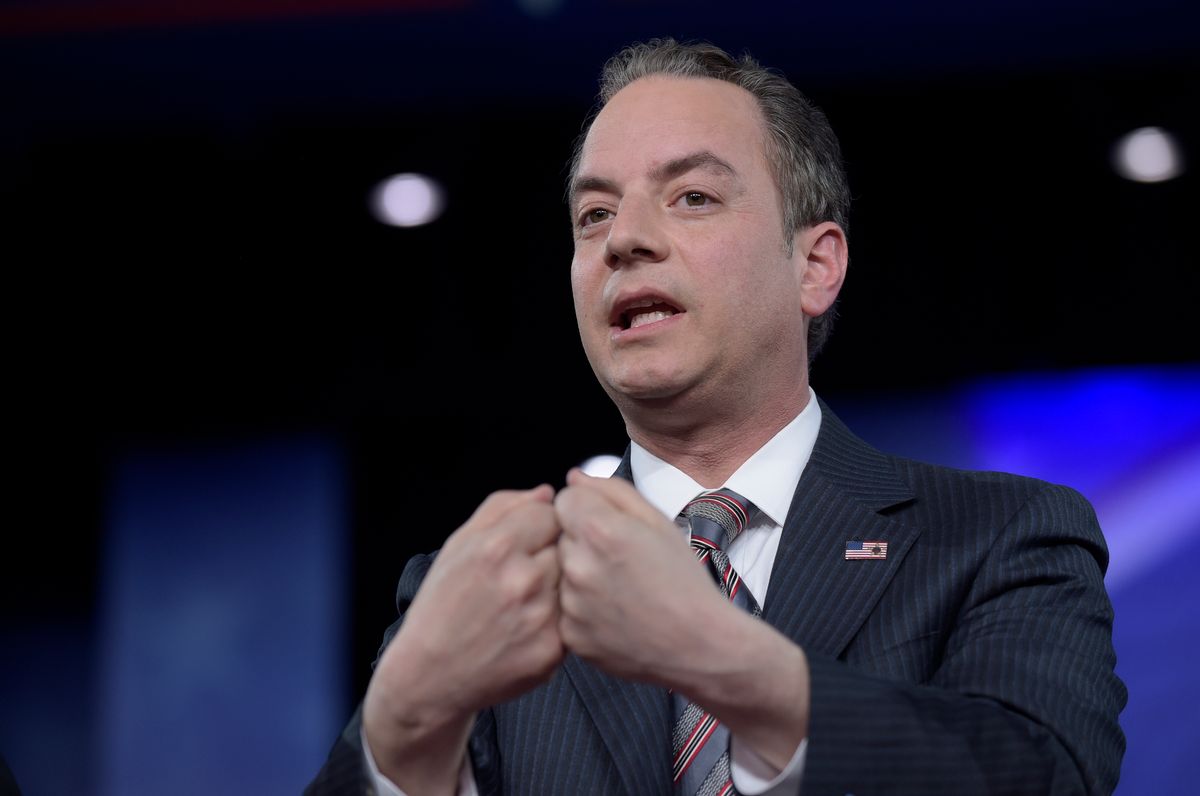 Given how much President Donald Trump claims to respect the military (emphasis on the word "claims"), it's surprising that he hasn't familiarized himself with this quote by Grace Hopper:

"Leadership is a two-way street, loyalty up and loyalty down. Respect for one's superiors; care for one's crew."

If Trump took Hopper's adage to heart, he might not be working to undermine his own chief of staff. At least that's the main takeaway from a new report by The New York Times, which includes this juicy anecdote:

... by several accounts, he [Trump] personally encouraged Mr. Scaramucci’s jihad against Mr. Priebus, once again subjecting his chief of staff to a ritualistic public lashing even as he considered pushing him out.

Just to be clear: Scaramucci's rants against Priebus have included declaring on CNN , "If Reince wants to explain he's not a leaker, let him do that."

He also is reported to have told Ryan Lizza of "The New Yorker" that "Reince is a fucking paranoid schizophrenic, a paranoiac" and said that "Reince Priebus — if you want to leak something — he’ll be asked to resign very shortly."

If it is true that Trump has encouraged Scaramucci to publicly undermine his own chief of staff in this way, the word "unprecedented" hardly does it justice. Presidents have certainly engaged in dirty tricks to discredit their political opponents (Lyndon Johnson and Richard Nixon come to mind), and it is hardly unusual for them to promote "healthy competition" (as press secretary Sarah Huckabee Sanders put it) among their subordinates.

At the same time, this isn't a dirty trick against a political adversary, but against one of Trump's own. Similarly, there is nothing "healthy" about a workplace atmosphere in which a boss can publicly humiliate his or her own employees in such a vicious way.

Trump may demand loyalty, but if these reports are true, then he is terrible at reciprocating it. Indeed, it means that he doesn't even have the guts to backstab his own subordinates himself.