In a middle-of-the-night vote, the Obamacare repeal bill falls 51 to 49, with John McCain as the deciding vote 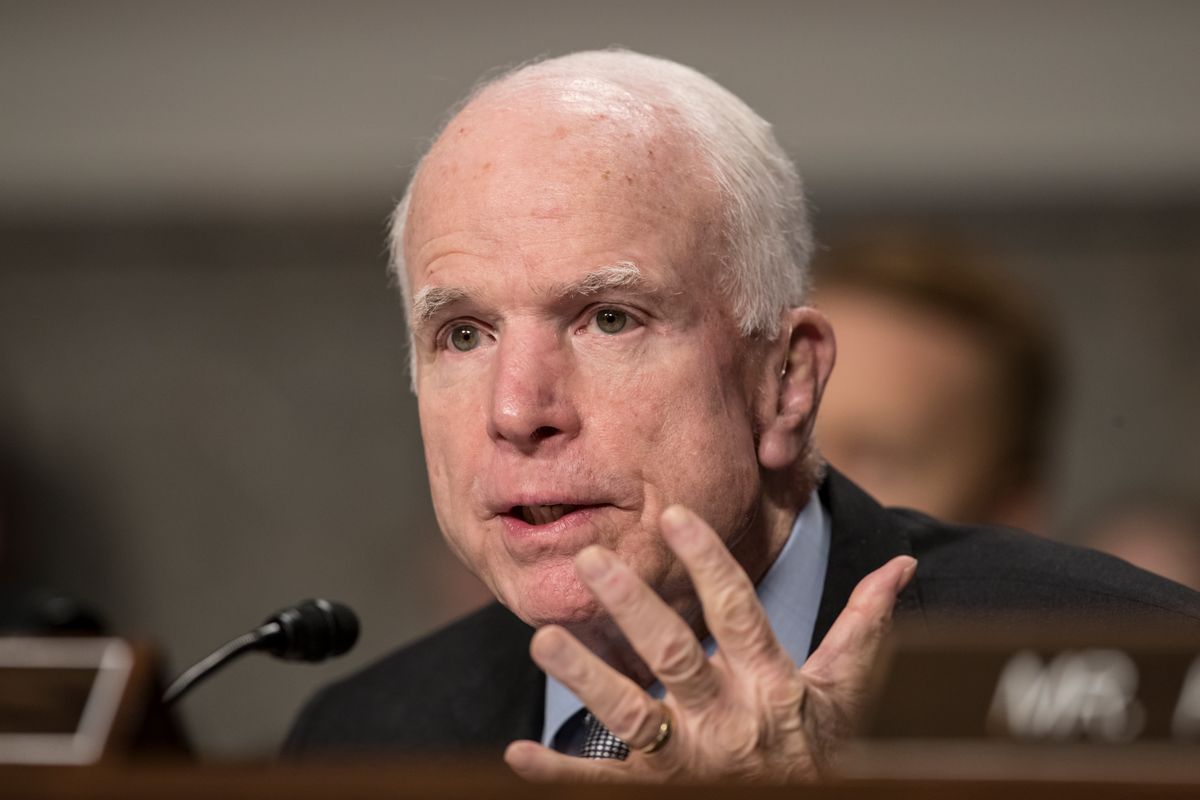 Sen. John McCain of Arizona, the former Republican presidential candidate who lost the 2008 election to Barack Obama, just reestablished his reputation as a maverick while protecting the legacy of the man who bested him in his bid for national office.

McCain joined two of his Republican colleagues, Sens. Susan Collins of Maine and Lisa Murkowski of Alaska, in joining their 48 Democratic colleagues to vote against a so-called "skinny" bill that would have repealed part of the Affordable Care Act. As a result, the bill failed to pass, 49 to 51, despite people witnessing Vice President Mike Pence spend considerable time conversing with McCain over how he would cast his vote.

McCain's impending decision was perhaps foreshadowed by the fact that, before the votes were cast, two of his Democratic colleagues were seen embracing him — Sen. Dianne Feinstein of California and Senator Amy Klobuchar of Minnesota.

Another clue of how McCain would vote? When asked by reporters early Friday morning, McCain told them to "watch the show," according to a report by CNN.

When it was learned that McCain had killed the Obamacare repeal efforts, a group of protesters outside the Capitol burst into cheers.

Here's the moment the crowd outside the Capitol learned Republicans didn't have the votes. pic.twitter.com/vawKkdygoY

Not surprisingly, President Donald Trump was less than thrilled, accusing both the Democrats and the three Republican defectors of letting down the American people.

Only three days earlier, when McCain returned to Washington to make sure debate on the health care bill could open up, Trump referred to the Arizona senator as an American hero.

"I've stated time and time again that one of the major failures of Obamacare was that it was rammed through Congress by Democrats on a strict-party line basis without a single Republican vote," McCain said in a speech explaining his historic vote. "We should not make the mistakes of the past that has led to Obamacare's collapse, including in my home state of Arizona where premiums are skyrocketing and health care providers are fleeing the marketplace."

He added, "We must now return to the correct way of legislating and send the bill back to committee, hold hearings, receive input from both sides of aisle, heed the recommendations of nation's governors, and produce a bill that finally delivers affordable health care for the American people."