The new miniseries makes us reconsider the nature of conformity, our reliance on tech . . . and that manifesto 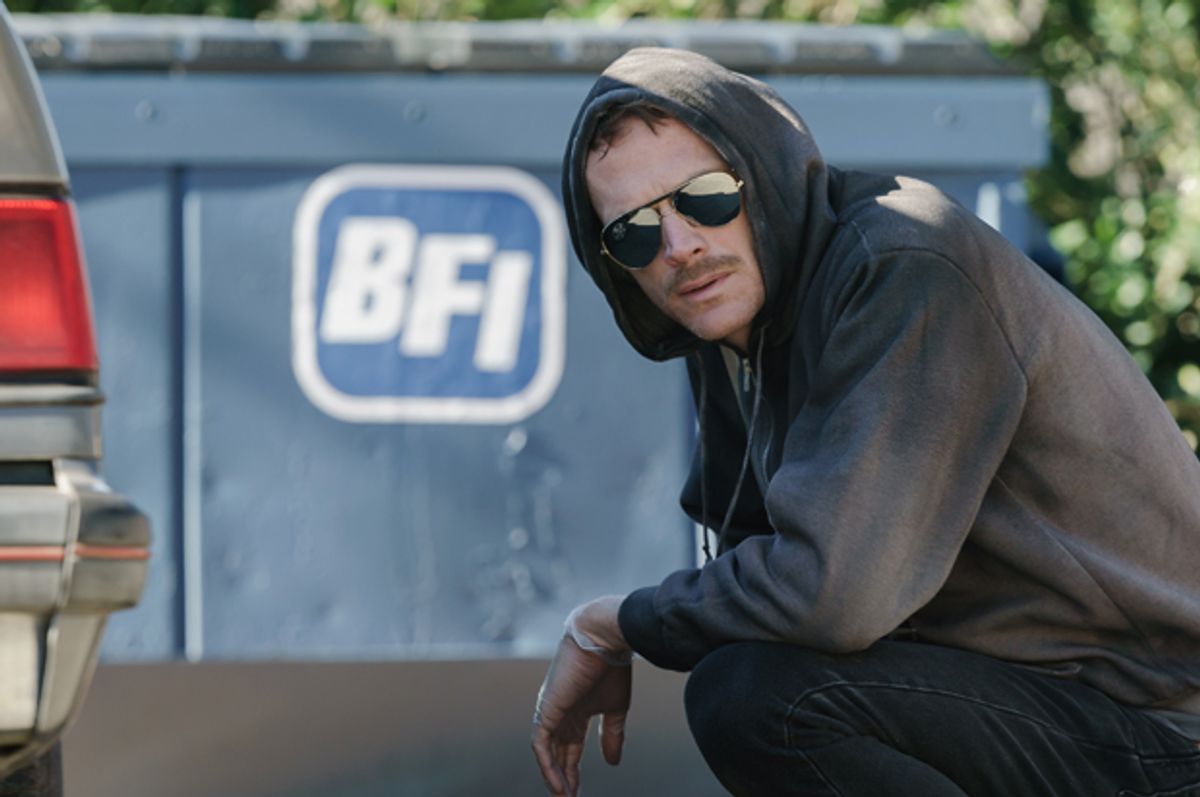 “What the manifesto has to say about our relationship with technology and with society is more true right now than it was when Ted published it," Sodroski told a room full of reporters. "It’s about our relationship with our smartphones 20 years before a smartphone existed. It’s about the way technology constrains us and defines our lives, the way that when your phone dings, you answer it. It doesn’t matter that you know it’s stupid and unimportant. It doesn’t matter that there’s a person in front of you that you are talking to. You obey.”

As Sodroski spoke, many of the people listening to him dutifully typed his words into laptops, tablets or mobile devices, amplifying them to hundreds of thousands around the world via social media. Twitter did not exist until a decade after the 1996 capture of the man commonly known as the Unabomber. Yet this scene proves the accuracy of Kaczynski’s prediction that technology and our reliance on it would come to dominate daily life.

Kaczynski is considered to be a madman, although he specifically refused to allow his attorney to enter an insanity plea. Indeed, a number of scholars who have analyzed the manifesto in recent years acknowledge the cogency of its argument. This is obscured by our image of the work’s author concocting his schemes in a tiny backwoods cabin with no running water or electricity. There, he constructed bombs used to murder three people and another injure 23 -- all delivered to his victims via the United States Postal Service.

Kaczynski’s bombing campaign ceased after the Washington Post and the New York Times published his 35,000-word manifesto, titled “Industrial Society and Its Future” in September 1995. In 1996 FBI agents arrested Kaczynski at his small cabin outside Lincoln, Montana, acting on a tip from his brother David, who recognized some of the observations expressed in the manifesto from other writings his brother had shared with him previously.

“Part of the tragedy of Ted is that the only way he could get people to read what he wrote was by bombing people,” Sodroski said, “and when you bomb people, people don’t take what you have to say seriously.”

“Manhunt: Unabomber” isn’t going transform the viewer’s opinion of Kaczynski, who is currently serving eight consecutive life sentences for the serial bombings he enacted between 1978 and 1995. But it effectively enlivens a story known primarily by news coverage by breaking into the interior lives of the two men at the center of the case, FBI agent and criminal profiler Jim “Fitz” Fitzgerald (played by Sam Worthington) and Kaczynski, portrayed by Paul Bettany.

Worthington and Bettany receive solid support from a cast that includes Keisha Castle-Hughes as Fitzgerald's younger partner Tabby and Chris Noth as Don Ackerman, the Bay Area Divisional Head of the FBI. In a piece of inspired casting, Jane Lynch steps into the role of former U.S. Attorney General Janet Reno. Later in the series Mark Duplass appears as Kaczynski’s estranged brother David.

“Manhunt: Unabomber” jumps between 1995, when Fitz was recruited to join the FBI’s Unabomber task force fresh out of Quantico, and a couple of years later, when the team presses him into service to confront Kaczynski in prison. While the script follows a recognizable crime procedural framework, executive producer and showrunner Greg Yaitanes instills an enticing dramatic heft by examining the case as a duel between like-minded adversaries.

But “Manhunt: Unabomber” is at its most chilling when the story makes us question our full embrace of technology and how easily our willingness to conform can be exploited by people with insidious intentions. This begins in its first scene when, in voiceover, Bettany’s Kaczynski asks us to contemplate the blind trust we place in the mail system, disparagingly referring to the compliant American public as "sheep."

The real Fitzgerald, who is credited with pioneering the use of forensic linguistics, appears through Worthington as a man whose laser focus allows him to see puzzles and riddles in every line of the Unabomber’s prolific correspondence.

Fitz started out as a beat cop, a thread of his background Yaitanes employs to advance the character’s nagging sense of inferiority to and mounting frustration with his FBI team. By the time Fitz joins the FBI, the task force has been absorbed in the investigation for 16 years, making it the longest and costliest investigation in the organization’s history.

In the series, the team’s adherence to rank is immutable. When Fitz presents hypotheses that upend their long-entrenched dead-end theories, his superiors’ first impulse is to squelch his impulse to deviate from profiles built on information Fitz knows is dead wrong. In turn, this makes Fitz wonder whether the Unabomber’s indictment of our culture’s promotion of structural conformity actually has merit.

Bettany’s performance is the more searing and assured of the two leads’, but some of that can be credited to Yaitanes’ interpretation of these characters. There’s a cold arrogance to the Kaczynski of “Manhunt: Unabomber” that defies our perception of the shaggy, rumpled loner seen in his famous mugshots. Bettany conveys his intellect by whetting his lines into unsparing weapons.

The scenes in which Worthington and Bettany face off crackle with suspense and, eventually, Fitz’s deflated aggravation as Kaczynski icily picks at the agent’s sense of inferiority by lording his educational credits over his captor. In these exchanges Fitz elicits the average person’s sympathy; the FBI agent wields a hard-earned intelligence, but against a demonstrated supervillain his advantage quickly dissolves.

Yaitanes previously produced “Quarry” and “Banshee” for Cinemax, series that harvested addictive drama from explorations of its characters' murky interior lives and their craggy psychological architectures.

“Manhunt: Unabomber” could not be more dissimilar to the producer’s past work in terms of its overall approach and emphasis on realism, although one trait it holds in common is the way the series plays with the notion of how beguiling and corrupting ideological influence can be.

Kaczynski’s combative relationship with Fitz shows how alike two determined men on opposite ends of a spectrum can be. Only here the dichotomy is not good or evil or right or wrong, but law against chaos, order over freedom. “Manhunt: Unabomber” walks across that scale with careful consideration and sustains an engaging level of tension throughout the seven of its eight episodes provided for review. By its finale, the series may even achieve what the Unabomber’s manifesto does not if it makes a few people reconsider their relationships with technology.

The drama’s greater objective is to lend humanity to a bloody, cruel piece of recent history about which most of us have only a few details. In that sense, the Discovery series hits its target.