Democrats must strike now on health care: Medicaid buy-in is the answer

Allowing people to buy into Medicaid can satisfy single-payer fans and many conservatives. Most of all, it's easy 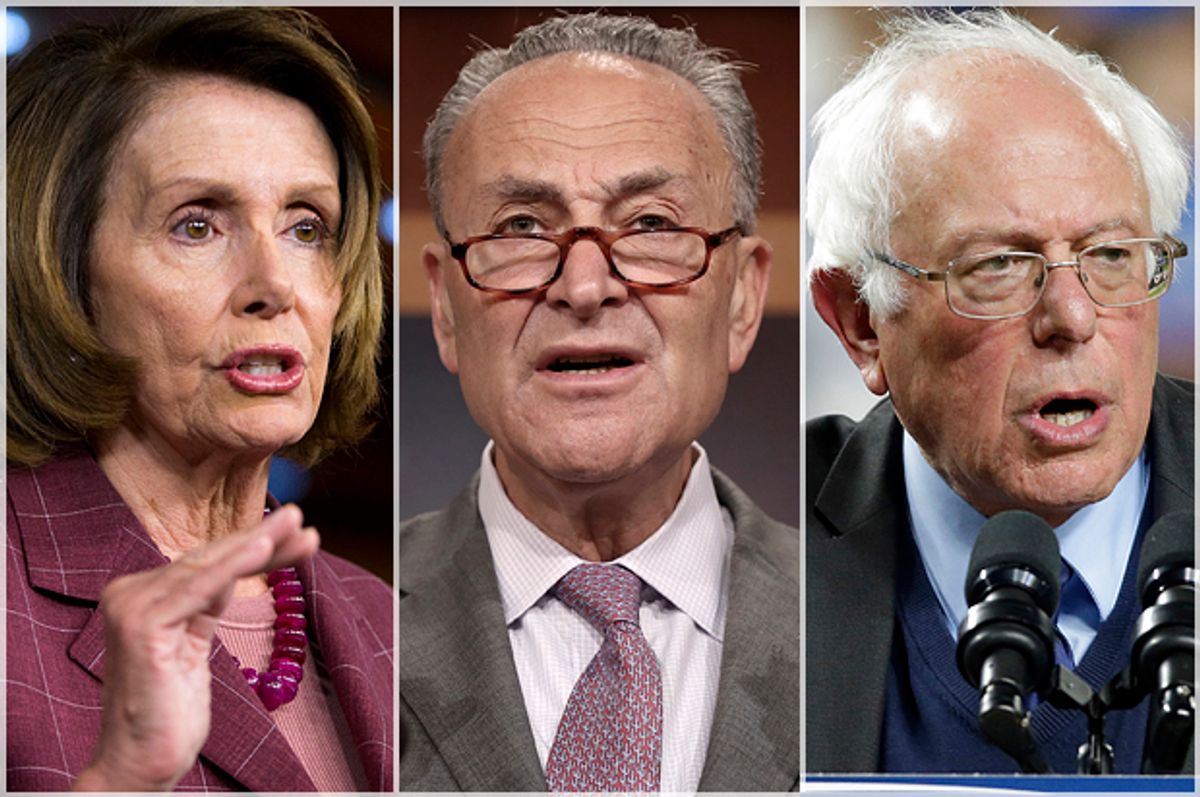 We can only hope the collapse of the "skinny repeal" bill last week marks the end of Republican efforts to destroy Barack Obama's legacy by dismantling a health care system that has drastically improved both access and the level of service for Americans. After all that tension and misery, it's perfectly understandable if people on both sides of the political aisle decide they never want to talk about health care policy again, at least for a decade, if they can help it.

Unfortunately, this is issue isn't going away any time soon. While the Affordable Care Act cut the uninsured rate nearly in half and drastically reduced the growth of health care costs, the law simply doesn't go far enough. Because of the concessions made to more conservative members of Congress to pass the law in the first place -- and because the Supreme Court gutted the Medicaid expansion -- the bill hasn't improved health care access as much as it was intended to.

The first problem is that health insurance still costs too much. The second and perhaps more troubling problem is that in some less densely populated parts of the country insurers are pulling out of the Obamacare exchanges, leaving consumers with few options and turning the supposed marketplace competition into a joke. Meanwhile, President Donald Trump has repeatedly promised to destroy Obamacare through mismanagement.

Democrats need to be ready, if they take back Congress in 2018, to step forward with a plan. And it has to be something bolder than the nipping-around-the-edges we've been hearing from the Democratic caucus. I think the best way to go is to propose a Medicaid buy-in plan, much like the one that was proposed in Nevada but vetoed by the state's Republican governor.

What is nifty about Medicaid buy-in, from a political point of view, is it satisfies the desires of two seemingly opposed political factions in this country: people who want single-payer health care and everyday conservative voters who revolt at the idea of "socialized" health care.

While I share the dream of ripping out our health insurance system by its root and replacing it with a single payer system — or better yet, a national health system like the one in the U.K. — single-payer advocates ought to agree that Medicaid buy-in is a more politically feasible route. The idea is that people shopping on the insurance market, either as individuals or employers buying company policies, would be able to buy plans from Medicaid instead of private insurers. If done correctly, Medicaid could offer standardized, transparent coverage plans at prices that are more attractive than what private insurers can generally offer.

A system where people could buy into the government insurance program or (if they prefer) buy private insurance isn't quite single-payer, but it's awfully close, especially if the government program is widely popular and a better deal than anything for-profit companies could offer. It's also close to the Canadian system, where residents pay a special tax that's functionally an insurance premium but one that goes to the government instead of to private insurers. (Our Medicare system already works this way: People pay their premiums to Medicare as a payroll tax.)

A buy-in system, I suspect, would also satisfy a lot of conservative voters. Republican politicians and pundits hate the idea, of course, because they have elaborate theories about the glories of capitalism and their funding comes from private enterprises that want to keep health care as a profit-making industry. But honestly, most conservative base voters are less interested in defending capitalism than they are in the idea that people shouldn't get a "handout" and should earn their keep. Medicaid buy-in satisfies that objection, because it would still require paying premiums. The best part is the word "buy" is in the name, making it hard for conservative pundits to claim it's a handout.

As for the more centrist Democrats, it's worth remembering that the ACA almost had a public option, which is similar to the Medicaid buy-in I'm proposing here. It was only taken out because during Senate debate over the ACA, then-Sen. Joe Lieberman threatened to derail the entire process if a public option remained in the bill. That happened because Lieberman is a terrible person and also because he was indebted to the insurance industry (a major employer in the state of Connecticut).

Insurance companies fear competition from the public option, which is all the more reason for progressives to get excited about this. Joe Lieberman is long gone from the Senate, and good riddance. It's time for Democrats to try again, as soon as they amass the power that Trump's relentless antics will hopefully restore to them through a few election cycles.

Medicaid buy-in is also less of a big lift, politically speaking, than most alternative plans to expand access. It wouldn't require reforming or rebuilding the entire health care system, but could be introduced as an amendment to the existing Affordable Care Act.

Perhaps most importantly, a plan for a Medicaid buy-in is simple. It helps address all the real-world complaints about cost and confusion and insurers fleeing the marketplaces, since wherever you go you can get Medicaid -- and what you get from it will be standardized from coast to coast. It's easy for Democrats to explain to the public. Done right, it would be easy to use.

Easy is what people are dying for right now. Health care policy is intimidating and complicated -- as Donald Trump and congressional Republicans have just learned -- and the endless debate about it is enervating. Democrats who come in and have an easy-to-understand, easy-to-use plan to fix health care can be heroes. This is America, the land of the remote control and ordering food with an app in your phone. Red or blue, left or right -- we love easy. And after all the nonsense of 2017, it wouldn't be hard to paint the million-bill, endless-debate Republicans as the ones who want to make things difficult for everybody.