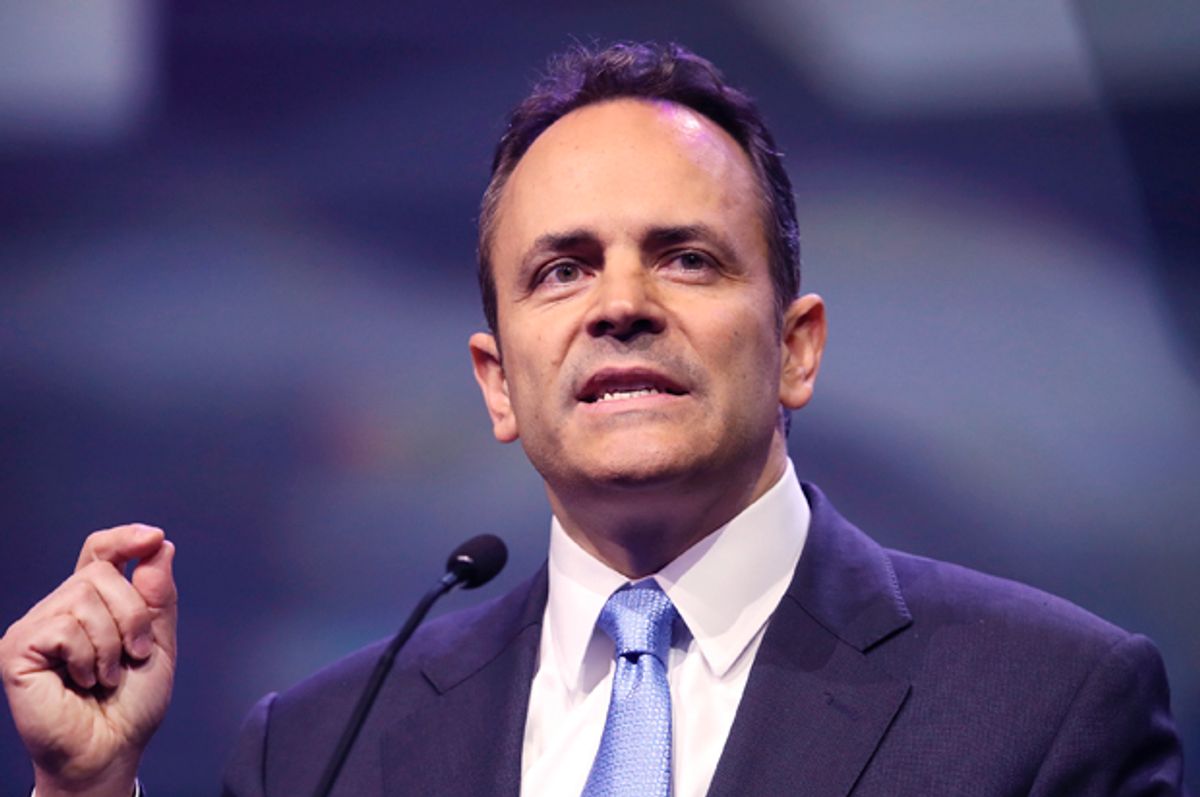 Kentucky Gov. Matt Bevin may have wanted to develop a reputation as an accessible politicians — this is presumably at least part of the reason why he encourages his constituents to comment on his social media accounts — but the ACLU of Kentucky filed a lawsuit on Monday claiming that Bevin actually violates his constituents' First Amendment rights.

The lawsuit discusses two claimants, both of whom accuse Bevin of blocking them from expressing purely political speech on his account, according to a report by the Louisville Courier-Journal. Although Bevin's administration claimed it only banned accounts that posted material that is obscene, abusive, defamatory, off-topic or spam, the ACLU insisted that the comments blocked from Hargis and Morgan did not fit any of those criteria.

"I've been very active in my community and in Frankfort for the past two years," claimant Mary Hargis said in a press release. "I’ve been frustrated with Gov. Bevin's stances on a number of social justice issues. I was shocked when I discovered that I was blocked from further commenting on the governor's posts."

Hargis said she was blocked after criticizing Bevin's labor and education policies, while fellow claimant Drew Morgan said he was blocked for comments about the governor's property taxes.

This isn't the first time the question of free speech on elected officials' social media accounts has made headlines. Last month a federal court ruled in Davison v. Loudon County Board of Supervisors that the chair of the Loudoun County Board of Supervisors, Phyllis J. Randall, did not have the right to delete a comment from a constituent accusing the county school board of corruption.

The Knight First Amendment Institute at Columbia University is suing President Donald Trump for blocking users who are critical of him from his private Twitter account.