Directed by and starring the former "Hercules" star, "Let There Be Light" lands October 27 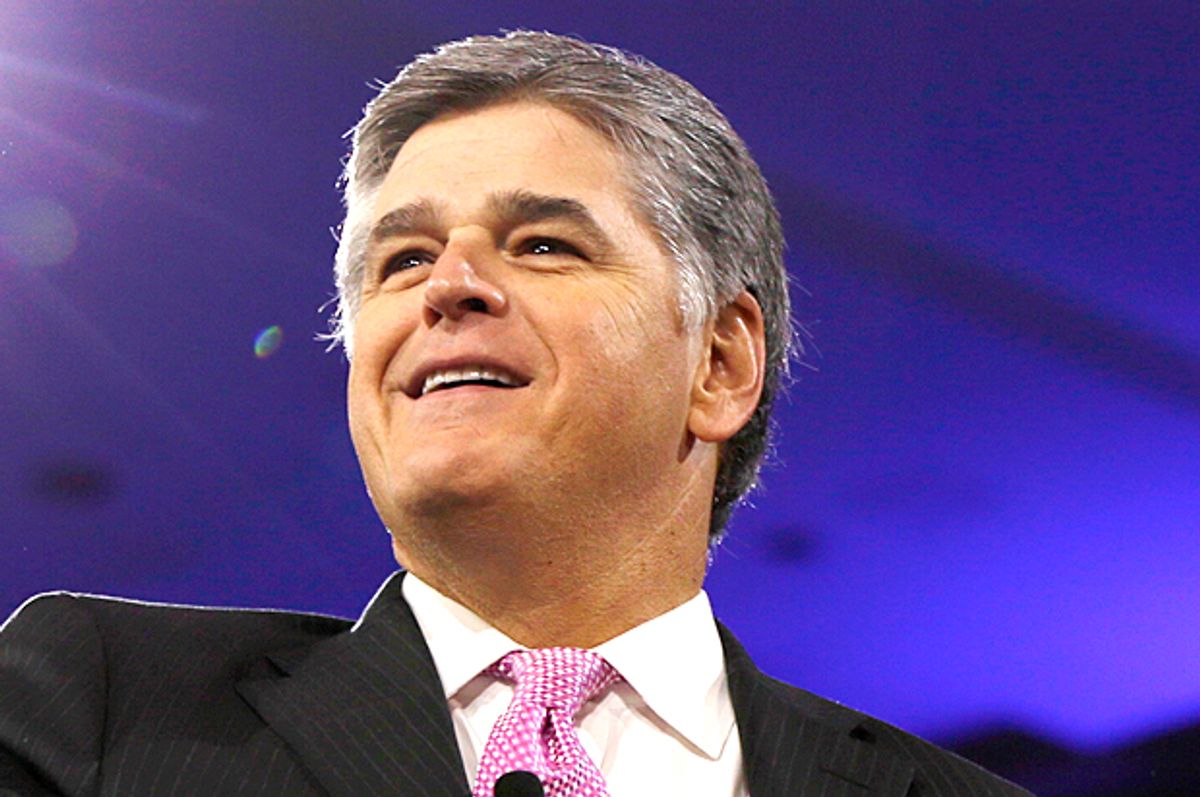 Variety reports that Fox News host Sean Hannity is the executive producer behind the forthcoming faith-based film "Let There Be Light," directed by and starring the former star of "Hercules: The Legendary Journeys," Kevin Sorbo. Sorbo was also the star of 2014's blockbuster faith flick, "God's Not Dead." Hannity had previously produced the 2016 George Washington documentary, "The First American," starring Newt and Callista Gingrich.

"Let There Be Light" is co-written by Dan Gordon, who scripted the well-known "Wyatt Earp," "Highway to Heaven" and "The Hurricane," along with less-reputable titles such as "Surf Ninjas," "Passenger 57" and "The Celestine Prophecy." Sorbo's wife, Sam Sorbo co-wrote and stars in the film, a tale of "the Muhammad Ali of outspoken atheist celebrities" who finds faith after a near-death experience. Dionne Warwick, Travis Tritt and Hannity himself all make appearances. "Let There Be Light" opens October 27.

As Variety reported, in a statement on the forthcoming film Hannity said, “Liberal Hollywood has increasingly moved the bar, making simple and honest films with solid faith and family values harder to find.” He added, “I felt compelled to start bringing quality films to the millions of forgotten Americans who want to see more of these heart-warming and entertaining stories that reflect our Judeo-Christian, all-American values. I’ve been honored to work with true talent like Kevin Sorbo, and I’m very proud of 'Let There Be Light.'"

More than just a sop to his base of red-state, red-meat values voters, the investment in "Let There Be Light" may be a shrewd financial one for the enraged Trump advocate. As mentioned above, Sorbo's "God's Not Dead" was a massive hit, collecting over $62 million in box-office sales on a $2 million production budget (marketing costs were kept down by word-of-mouth promotion and free media attention).

Overall, the production of faith-based films is a growing business. With low costs and possible high revenues, the self-promoting genre represents a low-risk, high-reward investment for film producers. 2014's "Heaven Is for Real," for instance, raked in $101.3 million off a $12 million production budget.

Note that Atlas Distribution, who will be releasing "Let There Be Light," is also responsible for getting both "Atlas Shrugged" films, Charlie Sheen's "9/11", "Queen of the Desert" and "A Royal Night Out" onto to big and small screens — all films with some built-in appeals and values messaging that fell through the Hollywood sieve one way or another.

None of this is to say that "Let There Be Light" promises to be, you know, good. As with so many films in the faith-based genre, options for actors, writers and supporting crew are limited, creating somewhat of a ceiling for excellence. Indeed, almost as a rule, faith-based films are noted for their values, not their provenance or quality. "God's Not Dead" has a 15% critics' rating on Rotten Tomatoes. "Heaven Is for Real" owns a 47% critics' rating, somewhat of a high mark for the genre.

Watch the trailer for "Let There Be Light" below and just guess at where the almost inevitably lucrative film will fall on the merciless Tomatometer.