Netflix has taken their interest in true-crime dramas to the next level in their new series, "Mindhunter" 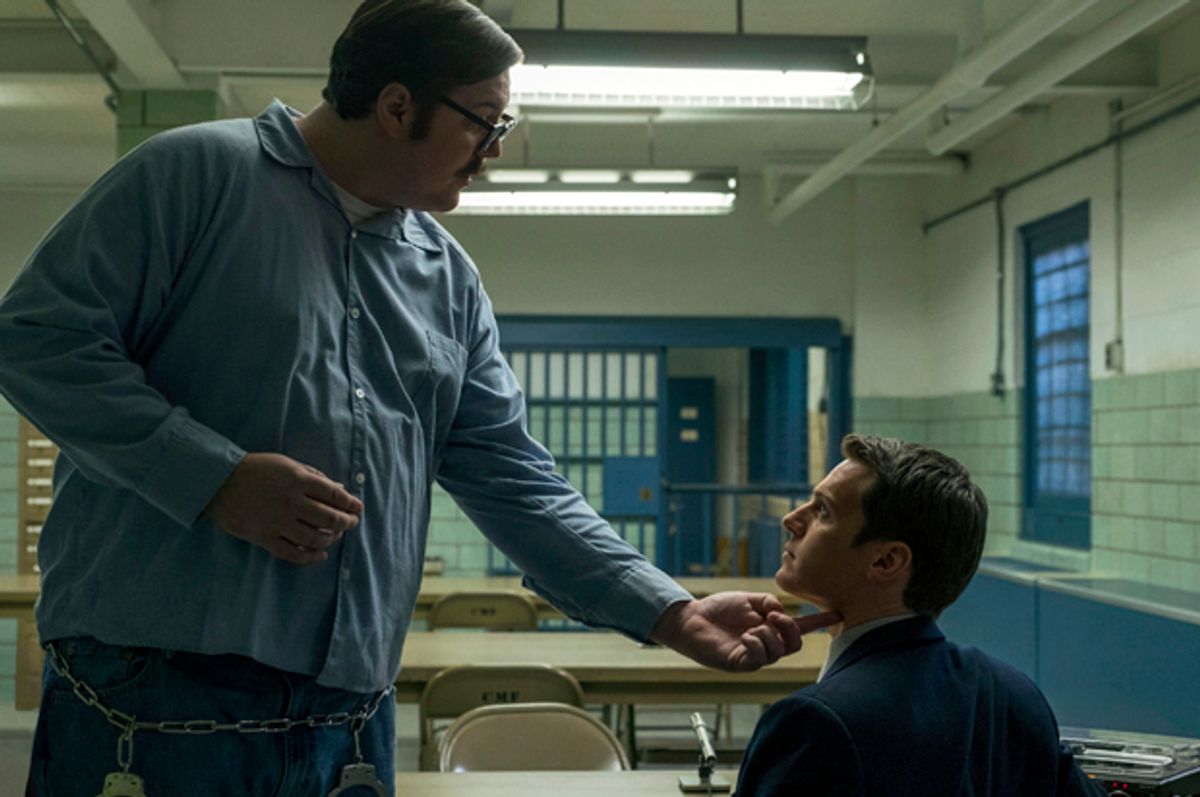 Through original series such as "Making a Murderer" and "The Keepers," Netflix has solidified its footing in sinister productions. Now, the streaming service takes their villainous curiosity to the next level in the trailer for David Fincher's serial killer-centered series, "Mindhunter."

Based on the John Douglas novel "Mind Hunter: Inside the FBI's Elite Serial Crime Unit," the series takes place during a 1975 investigation to answer the question: "How do we get ahead of crazy if we don’t know how crazy thinks?" It follows the lives of Holden Ford (Jonathan Groff) and Bill Tench (Holt McCallany) — two FBI agents in the serial crime unit — on their sinister investigative odyssey to discover the brutal answers.

The trailer explores the difficulty the agents have in dealing with the killers they encounter and their attempts at decoding their fascination with murder. "I can't let these guys rub off on me, the way they view sex —," Groff's character says before being corrected: "— and women."

Wendy (Anna Torv), a psychologist the agents consult, explains the significance of their research in the trailer. "Psychopaths are convinced that there is nothing wrong with them, so these men are virtually impossible to study, yet you have found a way in near-perfect laboratory conditions," she tells them. "That's what makes this so exciting and potentially so far-reaching."

Director and producer Fincher — who first partnered with Netflix as an executive producer for "House of Cards" — is no stranger to exploring the minds of serial killers. Through his directorial work on films such as "Zodiac," "Se7en, "The Girl with the Dragon Tattoo" and "Gone Girl," Fincher is proven to be an expert on sinister crimes.

Watch the trailer for "Mindhunter" below. The series premieres October 13.