WATCH: Who benefits from gentrification?

On "Salon Talks," Jeremiah Moss, author of "Vanishing New York," breaks down how the city lost its soul 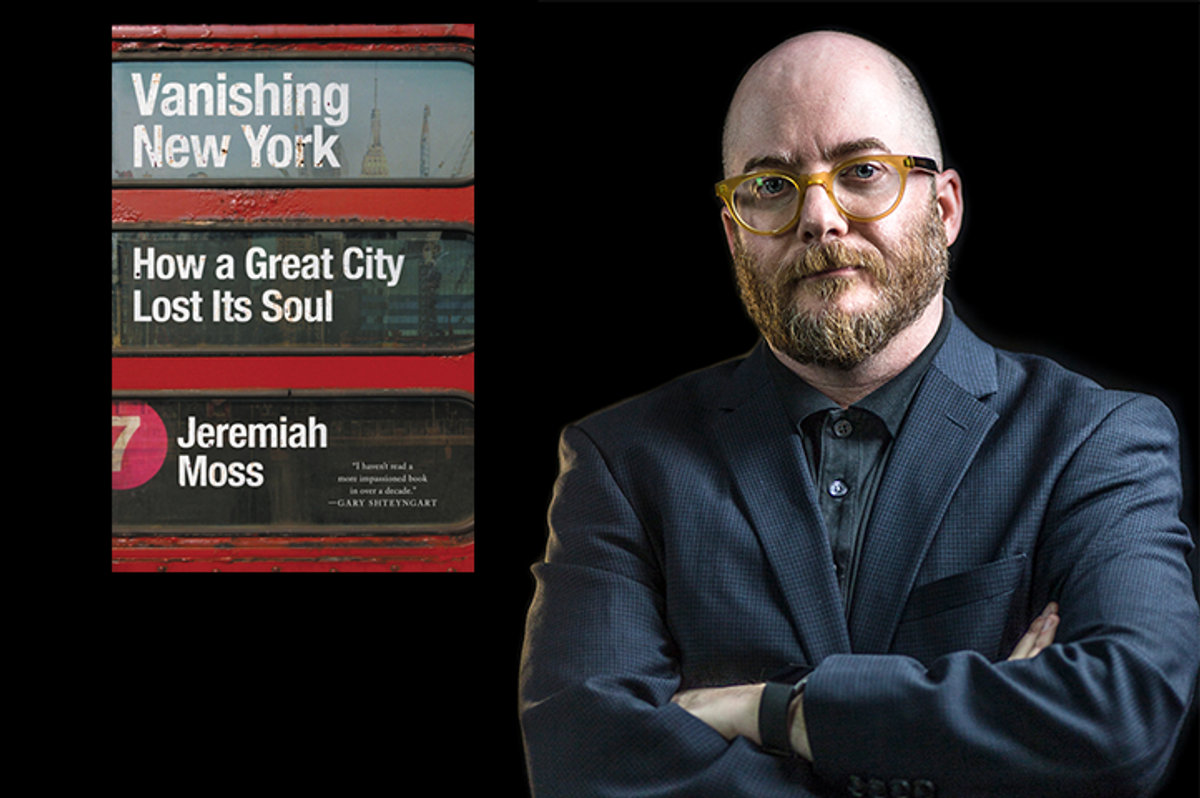 Writer and cultural change observer Jeremiah Moss came to New York in 1993 and was immediately in love with the city. Ten years ago, he began to chronicle the dissolution of its character and the rise of gentrification on his blog Vanishing New York. He never thought anyone would read it, but they did, and now the entries have been turned into a fascinating book called "Vanishing New York: How a Great City Lost its Soul."

Moss sat down with me on "Salon Talks" to discuss how New York has changed for the worse and what can be done to stem the loss of both culture and neighborhoods.

Is gentrification ever a good thing?

When we talk about gentrification today, we're really talking about this antique that doesn't exist anymore.

What we think we're talking about was something that existed in the '60s, '70s, and was described as this sort of quaint process where these middle class, mostly white people who moved into these divested neighborhoods, purchased properties, and fixed them up — properties that were maybe abandoned, in disrepair and already empty, largely. That's not what's happening now.

When we talk about the pros and cons — you know, yeah, lowered crime is a benefit for everybody, but the other benefits are not benefits for everybody, generally. We always have to ask who benefits from these changes — who benefits from the coffee shops . . . these new public spaces that are pedestrian plazas, that are really kind of quasi-privatized in some way? And who's being policed out of those spaces, and who's being made invisible? That's the most important question.

Is there a more equitable future for New York and other large urban centers? What can we do to restore them?

Organize, and really look at the policies [of the city]. New York is the way it is because of policies. People will tell you "it's the free market, and the free market takes care of it," but the free market is not free. We know that there are billions of dollars going to developers and going to corporations . . . that needs to be reversed.

New York City used to have commercial rent control. A lot of people don't know that.

If you say "commercial rent control" in this climate, people scream "Communist!" at you, or something. But, New York City had it once — why not bring it back?

Watch our conversation for more on the effects of gentrification.