This Arizona county's sheriff's office was infamous. Can Paul Penzone change its reputation? 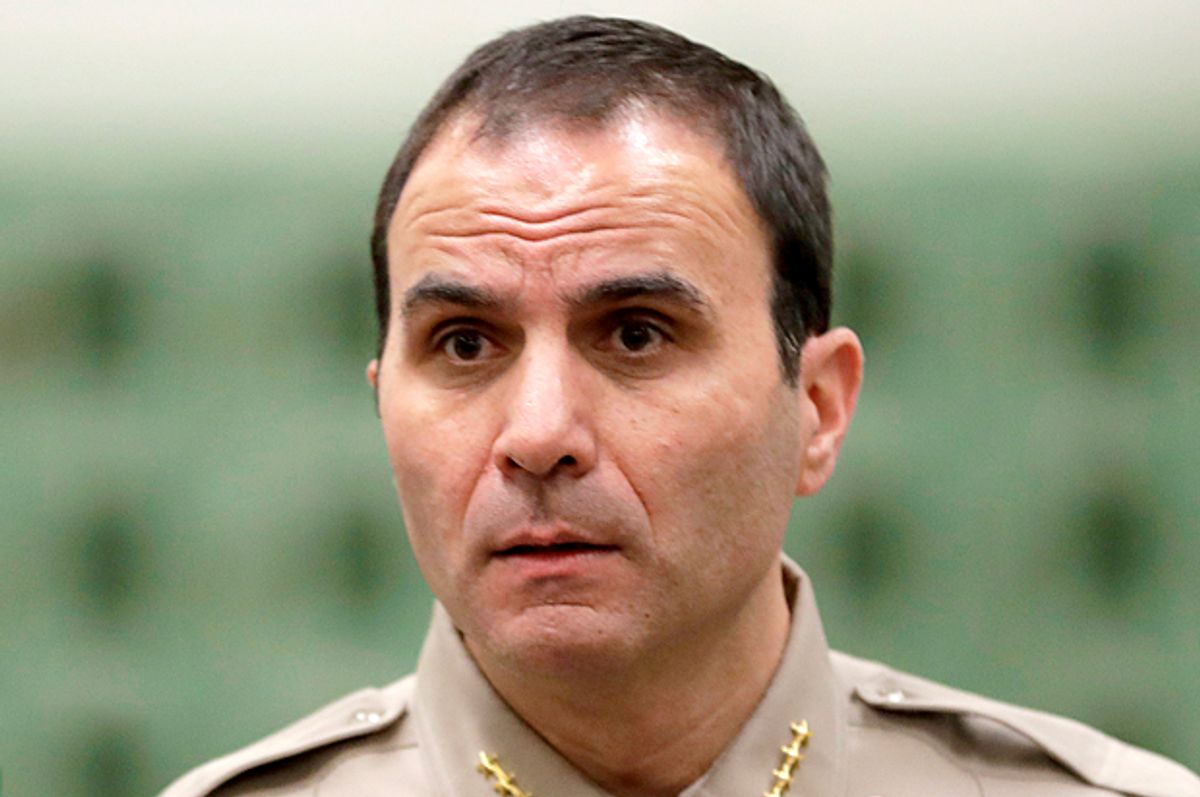 It’s been just over half of a year with the new sheriff in town, and so far it's been a win for everyone.

Joe Arpaio was the Maricopa County Sheriff  for nearly a quarter century, and his loss in the election to new sheriff Paul Penzone was a welcome sight for many, including prison reform and immigration activists.

Penzone, a former captain of the Phoenix Police Department, unseated the incumbent Arpaio in November and has made a concerted effort to distance himself from his predecessor at every opportunity.

Arpaio gained a reputation in his 24 years as sheriff for being tough on crime and immigration, but his “toughness” often bordered on unconstitutionality, as evidenced by the sheer number of times he has been sued for violating civil rights and for racial profiling. From 2004-2007 alone, Arpaio was the subject of 2,150 lawsuits in U.S. District Court and countless more in Maricopa County Court, mostly related to inmate mistreatment and prison conditions. A federal judge ruled in 2008 and again in 2010, that the conditions in many of the county’s jails were unconstitutional. His most current racial profiling lawsuit has cost the county, and taxpayers, $56 million. Under his tutelage, the MCSO has also been the subject of Justice Department investigations for abuse of power and trying to settle political vendettas. And on August 1, Arpaio was found guilty of criminal contempt of court.

Among his most infamous contributions as sheriff was the downtown, open-air jail known as Tent City, erected in 1993 as a way to alleviate crowded prisons — and also, for the then first-year sheriff to show he was tough on crime by housing inmates in the middle of Phoenix and making them wear pink underwear.

One of Penzone’s first major actions as sheriff was to close Tent City down. It not only saves the town $4.5 million, but it shuts down a facility that wasn’t even at half capacity and has shown itself ineffective as a deterrent. And keeping inmates outside in 119-degree temperatures like during the recent heatwave in Phoenix is inhumane.

Penzone has also backed off on MCSO’s focus on immigration under Arpaio, which accounted for the most immigration holds in the country. And he announced back in February his office would no longer detain individuals for Immigration and Customs Enforcement, a move that truly highlights the philosophical and practical shift between him and Arpaio. In a more subtle show of good faith, the MCSO has already been a part of 225-plus community events this year.

The major task on Penzone’s hands is fixing a broken sheriff’s office with a reputation for violating the rights of its citizens. Tent City was more of a symbol of Arpaio’s tenure than anything, and its removal is largely symbolic as well. But it's an encouraging start.