Via milkshake selfie, anti-feminists expose themselves as the real "fake geeks"

With a single tweet, a Marvel editor managed to show that opponents of diversity are the real "fake geeks" 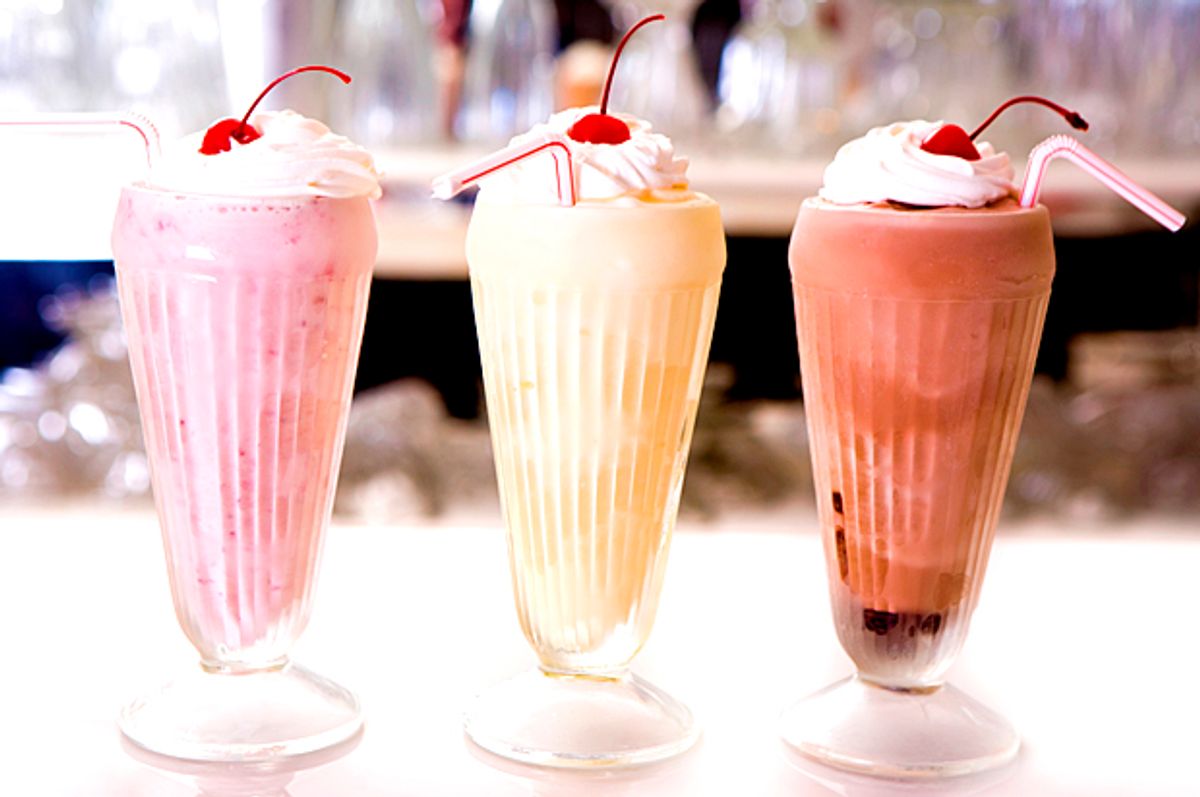 Let's say that you're someone who writes, draws, edits or in some other way has devoted your career to comic books.

Are you a geek? Yes.

If that seems like an obvious answer to an almost absurdly simple question, that's because it is. If you are like the Marvel employees drinking milkshakes in this tweet — which was sent out by a Marvel editor named Heather Antos — then you are, quite obviously, a geek/nerd/dork/once-negative-but-now-positive term for intelligent person with cerebral interests that they have turned into their life's work.

Unfortunately, as Antos pointed out in a series of tweets taken after this photograph, many comic book fans immediately balked at this picture because it dared show women as comic book creators and fans.

While most of the misogynistic comments seem to have been removed from the original thread (I couldn't find any in my search), it was depressingly easy to find hateful rhetoric about the picture elsewhere on Twitter.

Fortunately, a number of Antos' Marvel colleagues were quick to express solidarity for the Milkshake Crew.

Nor was this support limited to Antos' coworkers. Scrolling through the tweets under these pictures, one is struck by the overwhelming number of positive and supportive comments. While there are far, far too many to chronicle here, one stands out as capturing the spirit of what needs to be conveyed here.

What makes this tweet so good (and it comes from a game designer, no less) is that it underscores the fundamental contradiction inherent in all of the so-called anti-SJW and anti-PC rhetoric here: It assumes that being an intelligent and passionate content creator for works of art is synonymous with being male. Because that isn't true — and the mere existence of both these women and the countless others who came before them and will inevitably follow them, proves that — then anyone who gets their dander up over a photograph of female comic book creators places their own gender-based insecurities over their love for the art itself.

In other words, the trolls are the fake geeks — not the individuals they target.

The irony here, of course, is that the reactionaries are the first to claim that they're merely upset about politics being infused into their beloved pop culture properties. Yet advocating gender, racial and other forms of diversity in both content creation and the content itself is not political unless you are yourself political. Diversity is a moral goal, not a political one; opposing diversity is a political agenda aimed at rolling back the progress made so far as a result of that moral imperative.

The true geeks are the ones supporting these Marvel creators, just like they are the ones who denounced the misogynists who oppose female inclusion in video gaming, "Ghostbusters" and "Doctor Who." They are geeks not because they are left-wing or right-wing or libertarian or anything else, but because they care first and foremost about the works of art for which they are passionate. They can be creators, fans or both, ranging on the spectrum from casual to obsessive, but as long as their sole motive is to celebrate the properties that they love, then they are geeks.

By contrast, as the backlash against the handful of sexists demonstrates, the people who inject their disdain for diversity into these discussions aren't really geeks at all. They may enjoy certain forms of pop culture, or even identify with it, but the mere fact that that aspect of their identity can be subsumed by base bigotries reveals that it isn't anywhere close to being a defining aspect of who they are.

I'm sure that many of them, reading this, will respond by claiming that they know and support many female geeks, but they simply oppose the fake ones. The problem with this logic, of course, is that there is no reason whatsoever to assume that Antos and her colleagues are fake geeks — in fact, as people who make their living at Marvel, their geek bona fides are much more solid than their critics'.

If you can't see that because of their gender, then you're not just a sexist. You're also a poser, pretending to be a fanboy (or self-hating fangirl) when in fact your primary passion is a reactionary political agenda that has no place in early 21st century America.