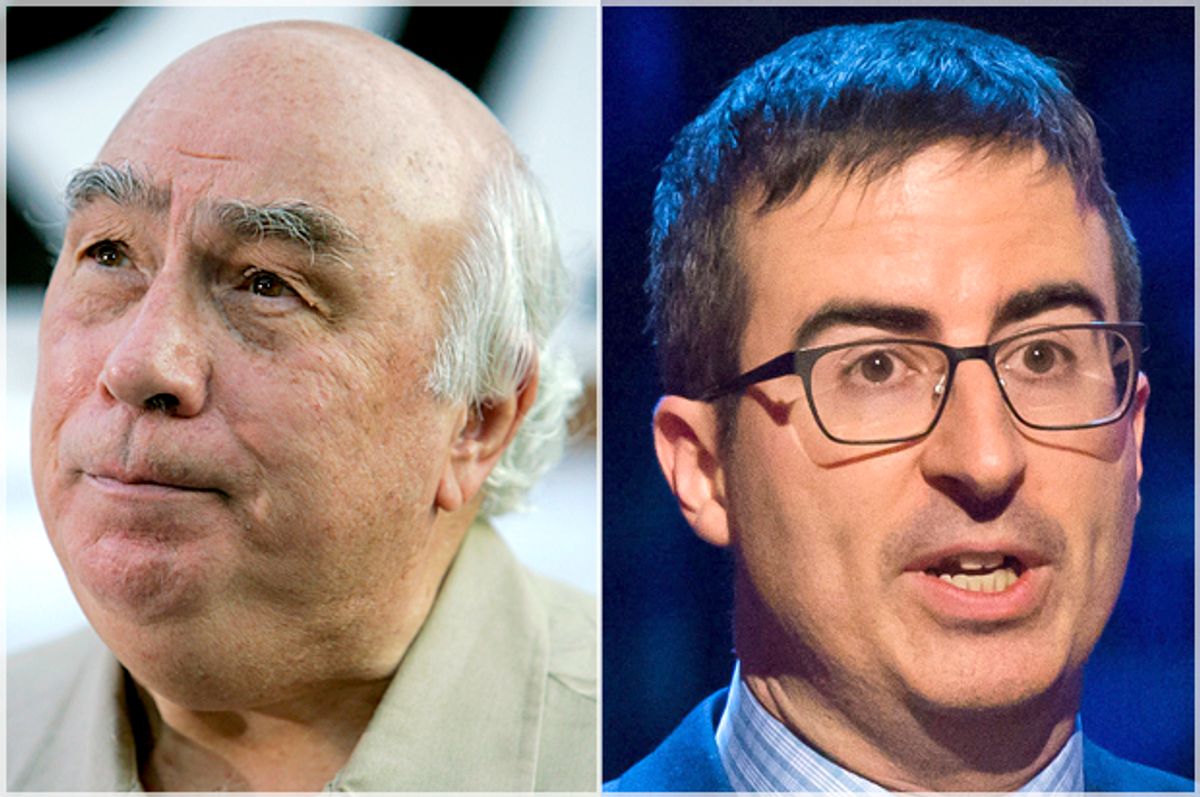 The West Virginia ACLU came to the defense of "Last Week Tonight" and host John Oliver on Tuesday, filing an amicus brief in support of the satirical news show against a defamation lawsuit filed by coal baron Robert Murray and his company.

Not that Oliver and HBO needed any assistance.

In June Murray and his coal company sued Oliver for "ruthless character assassination" following a "Last Week Tonight" episode about the coal mining industry that specifically targeted Murray. The complaint alleged that Oliver "incited" his viewers to "do harm to Murray and his companies." Legal experts unanimously agreed that Murray would have a difficult time proving his case.

"Plaintiffs are attempting to use this court as vehicle to chill protected speech and silence the marketplace of ideas," the ACLU's amicus brief said. "This case is about Robert E. Murray not liking a television program and somehow believing that is a legally actionable offense."

"Apparently because plaintiffs' delicate sensibilities were offended, they clutched their pearls and filed this suit," the brief added.

The lawsuit was filed in a federal district court in West Virginia. The ACLU's regional chapter in the state could not let an opportunity such as this to go by without a droll response.

"It is a basic concept of free speech that you do not get to sue media organizations because you don't like their coverage. However, this is apparently a difficult concept for plaintiffs to grasp," the brief said. "It appears that Bob Murray's favorite hobby is suing and/or threatening to sue people for making political statements he disagrees with."

"This lawsuit threatens the fundamental right of the media to criticize public figures and speak candidly on matters of public concern," the brief added.

In the original complaint Murray's lawyers argued that Oliver "childishly demeaned and disparaged" him and "made jokes about Bob Murray's age, health, and appearance." The suit mentioned that Oliver's "broadcasts have vigorously supported and advanced Mrs. Clinton's agenda."

The ACLU wrote in its amicus brief that those complaints were not illegal, "What plaintiffs apparently fail to realize is that, even if all of this is true, they do not allege defendants did anything illegal."

Read the full amicus brief below: