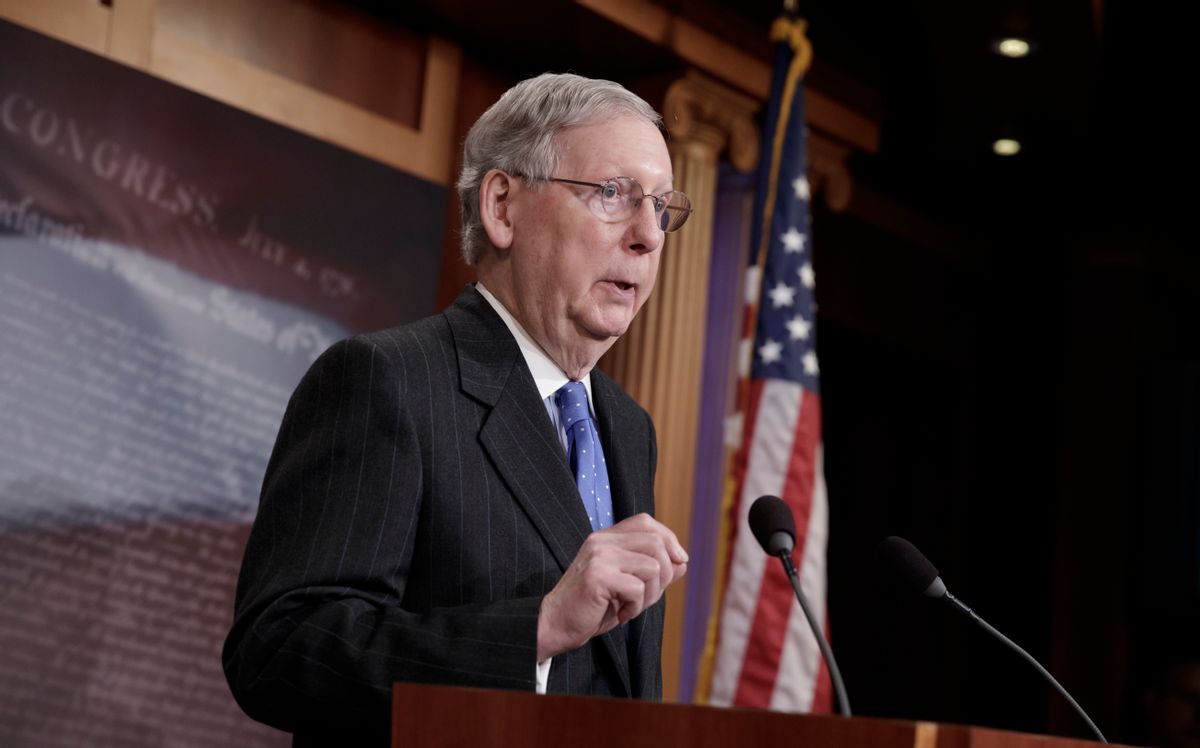 The Republican-controlled Congress has officially started its first recess, leaving in their wake an embarrassingly paltry track record — and a president who they have effectively hamstrung from wriggling out of the ongoing Russia scandal.

As Rep. Tom Cole of Oklahoma told The Washington Post regarding his party's unproductivity, "I think there’s a level of frustration. It’s more like a football team that knows that it can be good but is fumbling and committing too many boneheaded errors."

Ironically, the Republican Congress that failed to undo the chief domestic policy achievement of President Barack Obama has succeeded in boxing in a president from their own party. In addition to passing a bill increasing sanctions against Russia that Trump would have been unable to overturn with a veto, they scheduled nine "pro-forma" sessions that will allow the Senate to remain in session every three business days, albeit for roughly one minute.

This will make it effectively impossible for Trump to fire Attorney General Jeff Sessions and then appoint him with a replacement during the recession session, which he was reportedly considering doing.

It is worth noting that, prior to the Senate's scheduling of the pro forma sessions, Trump took a swipe at them for being more unified in passing anti-Russia sanctions than repealing the Affordable Care Act.

Not all Republicans feel as if they failed to take advantage of their congressional majorities and control of the White House. As Sen. Tim Scott of South Carolina told The Washington Post, "I think we’ve had one of the busier legislative years. We just have not had a successful year as it relates to the large items."

Sen. Chuck Grassley of Iowa, another Republican, summed up what may perhaps be the underlying problem when he noted that "it’s a whole different era. The population of this country is more ideologically divided than it was in the year 2000."