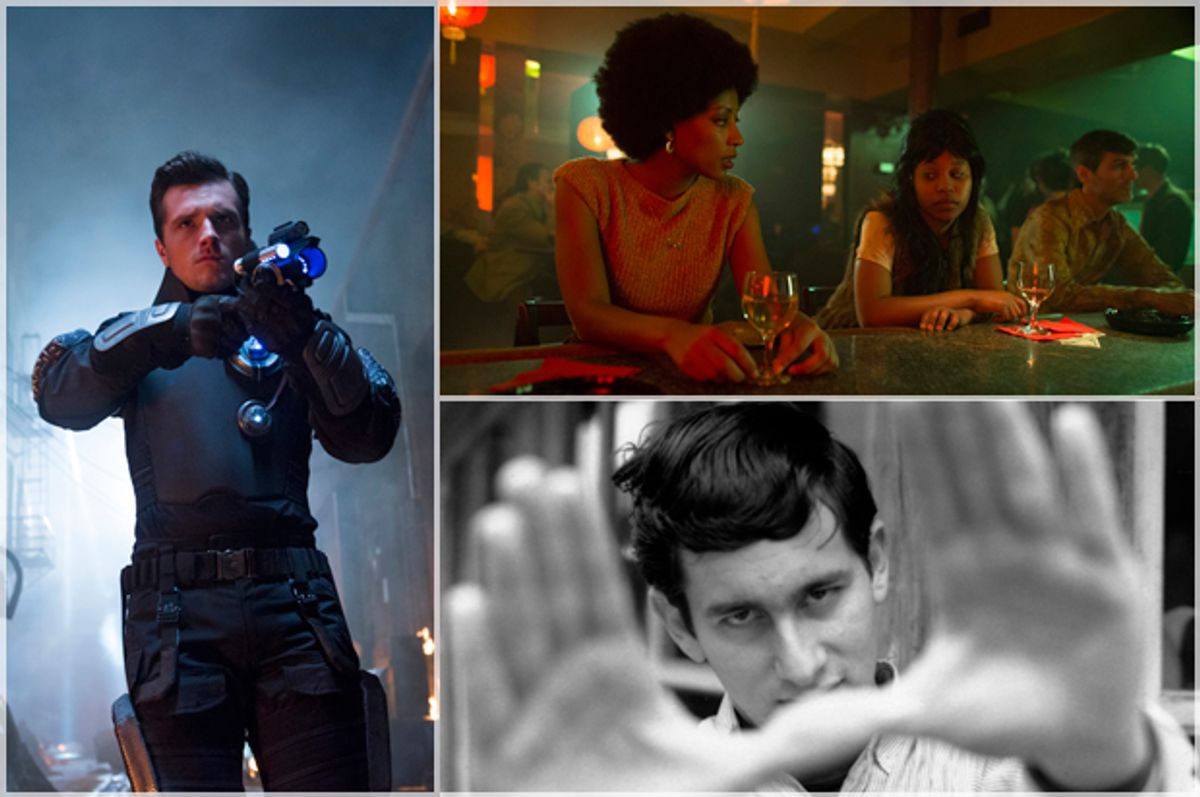 Hate to break it to you, but most of the new offerings for fall aren’t inspiring much buzz among critics. I can say this with some authority, because many reporters who cover television currently are assembled in Los Angeles for the Television Critics Association’s Summer Press Tour.

Press Tour is a biannual event during which the major broadcast networks, cable channels, PBS and Hulu have appeared or are scheduled to in order to showcase their upcoming offerings to members of the TCA.

Eleven days into this experience this captive audience, consisting of more than 160 reporters, has absorbed hours and hours of dramas and comedies scheduled to debut over the next four and a half months and beyond. And the unscientific consensus is that we’re in for a mediocre fall.

The silver lining here is that many of the scripted series currently airing are at least decent, in some cases great, and when it comes to a select few, peerless. By no means are audiences starving for new content, and that places the onus on networks to bring their A-game to the fall season. This is tough to do in an ecosystem where the bar is consistently being raised and the audience’s attention is shortening.

But this is also a landscape that favors cable channels that can program to specific audiences, subjects and trends. AMC, for instance, is doubling down on catering to fandom by creating a documentary series called “AMC Visionaries,” which is expanding to include “AMC Visionaries: Eli Roth’s History of Horror” and “AMC Visionaries: Rap Yearbook,” both working titles. These series fit AMC’s devotion to “The Walking Dead” and all of its spinoffs and popcorn franchises, and they’re easy sales to an audience that’s already showing up in droves for a genre hit.

Viewers must wait for 2018 to see “Visionaries,” though. Fortunately HBO’s highly anticipated documentary on Steven Spielberg, which makes its debut on Saturday, Oct. 7, should keep film fanatics satisfied until then.

And there’s an assortment of alluring cable series joining the schedule before that, including the ones listed here. In-depth reviews of many if not all of these titles will be published closer to their premieres, but in the meantime, here are a few new comedies and dramas worth anticipating.

“The Deuce.” Premieres Sunday, Sept. 10, at 9 p.m. on HBO. The latest series from David Simon and George Pelecanos stars Maggie Gyllenhaal as a prostitute and James Franco as twin brothers all working in New York’s Times Square in 1971. In this grimy area sex sells in the open and organized crime is moving in on legitimate brick and mortar businesses. Eventually the adult film industry will sprout from these dirty streets.

Gyllenhaal recognizes that the exploitative element of the show will make viewers deeply uncomfortable. However, she said during a panel, “it’s become clear, in a way that maybe it wasn’t totally clear a year ago, that there is a huge amount of misogyny in the world. I think we thought we were in a better place than we were. And here we have this opportunity to pick it up and lay it on the table and to do it in a way that’s thoughtful and smart, I think, and also real.”

“The Opposition With Jordan Klepper.” Premieres Monday, Sept. 25, at 11 p.m. on Comedy Central. Klepper leaves his position as a correspondent for “The Daily Show With Trevor Noah” to host this new series lampooning “alt” news sources taking on the “lame-stream media.” And he’s doing so by creating a fictional version of himself he describes as “Alex Jones meets Garrison Keillor.”

“I’m taken by this idea of the outsider, because the outsider is the new thing,” Klepper told critics. “Donald Trump calls himself as the outsider as he tweets inside the Oval Office. Breitbart was the outside, but Steve Bannon now is in the West Wing. So, who is this outsider other than somebody who is upset and anti-the mainstream, anti-what’s happening, anti-facts?”

“Liar.” Premieres Wednesday, Sept. 27, at 10 p.m. on SundanceTV. In this six-part series, Joanne Froggatt plays a dedicated teacher who goes on a date with a parent of a student at her school (Ioan Gruffudd) that transforms both of their lives.

“It’s such an ambiguous story, and the point of it is that it is ambiguous, and we have to have the audience find out who is lying,” Froggatt said. “So it’s not just laid out there for us.”

“The Last O.G.” Premieres Tuesday, Oct. 24, at 10 p.m. on TBS. In his first TV role since surviving an auto accident that nearly claimed his life, Tracy Morgan leads an all-star cast that includes Tiffany Haddish (“Girls Trip”) and Cedric the Entertainer, in a comedy created and executive produced by John Carcieri and Jordan Peele. Morgan plays an ex-con who returns to his gentrified Brooklyn neighborhood after a 15-year prison stint to find a vastly changed world, and the clips we’ve seen show a series that strikes a balance between the emotional and the hilarious.

“At Home With Amy Sedaris.” Premieres Tuesday, Oct. 24, at 10:30 p.m. on TruTV. Sedaris, best known for her various appearances on David Letterman and as the legendary Jerri Blank of “Strangers With Candy,” channels her love of the domestic arts into a series that both parodies and celebrates crafty culture. Sedaris is basing her series on a local show she grew up watching on a North Carolina station called “At Home With Peggy Mann.” But where that show was, according to Sedaris, boring, black-and-white and amateurish, her “At Home” explodes with color and ebullient lunacy.

And Sedaris makes it clear that she is offering no competition to Martha Stewart. “I really like Martha. But I was never inspired by her show,” Sedaris said. “I was more inspired by, you know, the Two Fat Ladies and 'The Galloping Gourmet,' 'Frugal Gourmet,' Julia Child, you know . . . Dinah Shore. The throwbacks. Martha just always seemed like a little too new for me, so I never really got into Martha. But hats off to her. I just can’t do everything.”

“Future Man.” Premieres Nov. 14 on Hulu. In another example of movie stars expanding their small-screen footprint, this frothy, fun series executive produced by Seth Rogen and Evan Goldberg as well as Kyle Hunter and Ariel Shaffir, stars Josh Hutcherson (“The Hunger Games”) as a janitor tasked to travel through time and save the world, assisted by a pair of hardened warriors (Eliza Coupe and Derek Wilson).  And it’s surprisingly charming.

Speaking to a question of why apocalyptic programming is so appealing these days, Hutcherson explained that the scenario is designed to test a person’s mettle. “You kind of see what you’re made of and see how you react,” he said. “It’s a very rich, fertile environment for great characters.”