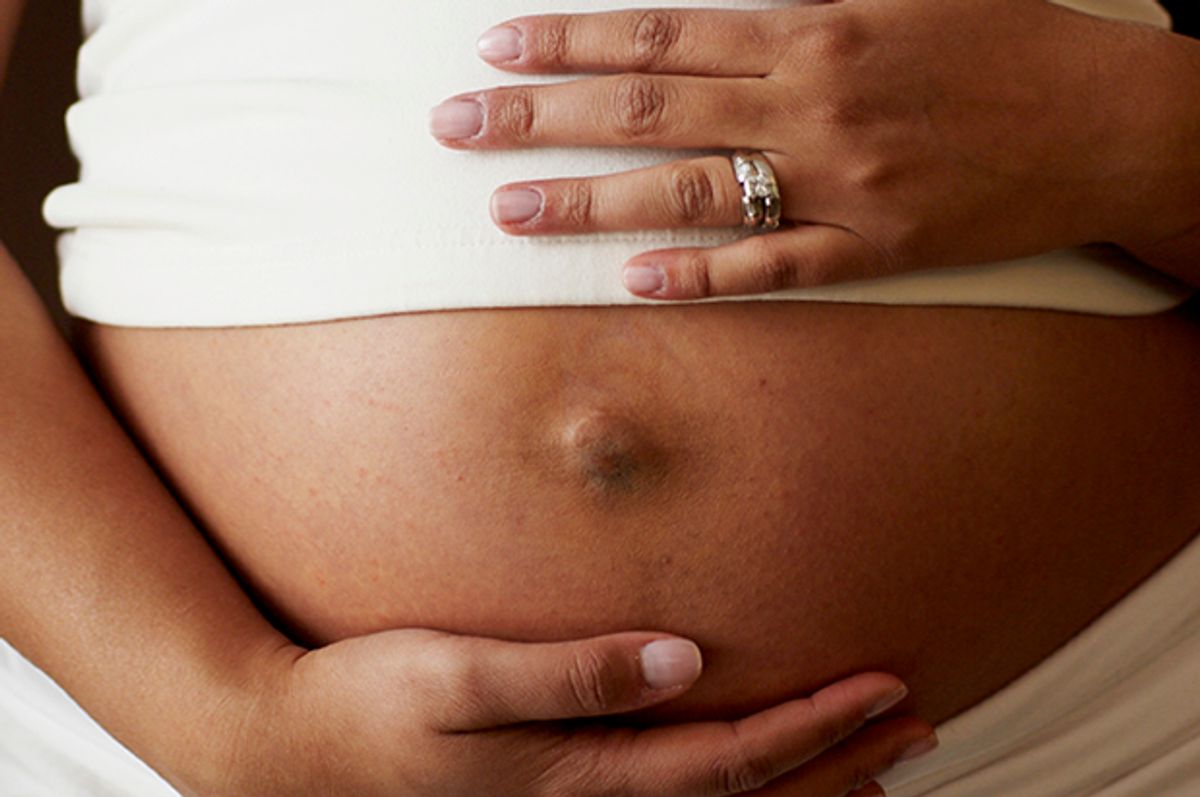 This story is brought to you by Thought Catalog and Quote Catalog.

Is my boyfriend doomed to die in a motorcycle crash? Am I destined to develop early onset dementia? Is someone in my family secretly suffering from an undiagnosed terminal illness? If so, do I even want to know?

These are the questions rattling my brain on Saturday, November 26th as I travel from Manhattan to Queens to meet Sema Bal, the Turkish coffee reader known for accurately predicting future events in the lives of three cast members of The Real Housewives of New York.

The art of reading coffee cups has been practiced for centuries across the Middle East and many Balkan countries. Rooted in a combination of intuition and the translation of symbols, the process is relatively straightforward. Basically, you schedule an appointment with your local gifted coffee guru (an hour-long session with Sema costs $200), drink the highly caffeinated, muddy coffee she prepares for you, place your saucer atop your cup, swirl the little dish about, and then anxiously await the interpretation of any symbols that appear in the moist grounds left behind.

Although Sema sometimes sees specific dates and names or receives a message from a participating loved one’s spirit, she encourages clients to arrive with limited expectations and an open mind and heart. She also urges customers to relax for one to two hours prior to an appointment, but, try as I might, I can’t seem to shake dark thoughts from crowding my mind as I near her home. Can she sense my distress, I wonder.

For most of my life I’ve been a spiritual skeptic. Growing up, I never turned to horoscopes for a giggle, let alone answers. As a super confused 20-something, I never shelled out 20 bucks for a psychic reading. Nor have I ever purchased special crystals or burned bundles of sage to soothe my aching soul or whatever.

When my older sister died on April 5, 2009, however, something shifted within me. Since then, you could say I’ve become more open-minded. More hopeful that there is in fact a shred of meaning to be gleaned from the stars or a magic crystal ball or the residue stuck to the walls of a tiny porcelain coffee cup. Because, well, why the fuck wouldn’t there be?!

To her credit, Sema doesn’t ask any questions prior to meeting her clients. The process works better, she says, with little to no background information. So when I knock on her door that sunny fall day, all she knows is what I disclosed in my initial email: That I’m interested in channeling my dead sister somehow during our session.

As Sema ushers me from doorstep to dining room table, I feel immediately welcome inside the Turkish stranger’s cozy home. For whatever reason, her short, unruly bob, lack of makeup and thick accent put me at ease. So does her demeanor, which is that of a confident but not over-confident mystic. Someone who’s accustomed to seeing and maybe even understanding more than the average person. Someone who has prescient dreams about the likes of Andy Cohen.

In her book, "The Secret of Coffee Grinds," Sema describes a vivid dream she had on December 4, 2014, in which she appears on Cohen’s Watch What Happens Live to read the talk show host’s cup and predicts that someone in his family has a serious health problem. This was a week before the Bravo network called her out of the blue to appear on The Real Housewives of New York, which, at the time, seemed like a coincidence in and of itself. Roughly two years later, on November 25, 2016 (the day before my visit), Cohen announced on national television that he’d been diagnosed with skin cancer.

In Sema’s world, such prophecies are as commonplace as pausing to channel the dead. But she’s not without a sense of humor about her special skillset.

As we sip our coffee, Sema uses Tarot cards to invoke my older sister Céline’s spirit. Then, quite suddenly, she’s cracking up.

“She wants me to write down 99,” Sema says. “I don’t know why — I don’t know what it means — but she’s insisting I do it. Then she wants me to circle the number.” With a shrug of amusement and no further explanation, Sema grabs a sheet of loose leaf to honor my sister’s weird request.

Sema then reassures me that Céline is with me in nature, which make sense. I’ve always felt my sister’s presence most acutely whenever I see a bird, simply because I used to call her Bird.

However vague these statements might sound, they mean something to me.

“Do you feel her?” Sema asks, gathering her cards back into a pile.

I’m tearing a bit, because I do. It doesn’t seem to matter how or why. I just do.
Before we move on, Sema recommends collecting some dirt from my sister’s grave and carrying it with me at all times. A strange suggestion, perhaps, but one I plan to oblige.

Once we’ve finished our coffee, Sema gently reminds me that what she reads in my cup could be about me, or someone else. “It depends on your energy and who you’ve been thinking about,” she cautions.

Dutifully, I place my saucer on top of my cup, flip the whole thing over, and swirl it about. Then I wait, eagerly, as Sema investigates the mess within.

Sure enough, there’s a tiny torch-shaped smudge inside my cup, but I have no idea what she’s talking about.

For the next 20 minutes or so, Sema’s assessments flow in a stream-of-consciousness manner with very few pauses. There’s no stopping her as she expertly combs my cup in search of images—and, conceivably, hints about my past, present, and future. Noting that some of her statements might only make sense in the weeks to come, she encourages me to pay close attention to everything, so I do.

“You see the boots? Do you have a boot like that?

I nod because I do own boots resembling the tiny java silhouette of a pair she’s pointing to.

“I have an aunt called Helen.”

I rack my brain but can’t think of anything. Within seconds, Sema has moved on anyway.

“What does September mean to you? Do you have a project you’ve been putting on hold?”

“I’ve been putting off the whole baby-making thing, but I’m not really a procrastinator otherwise,” I say.

“That could be it,” she says. “You need to finish it by next September.” Before I can express that that’s a tight squeeze, Sema is onto the next symbol. “Who’s the brown-haired lady with hair up to here?” she asks, hand to her ear.

“My mom, I guess. But we’re not speaking currently.”

“Why aren’t you talking to her? She has high blood pressure. Get in touch with her sooner than later.”

As if I have no choice in the matter, I make a mental note to do just that.

“Does a tulip mean anything to you?”

“Do you know a Pisces? Do they drain you? You see the fish to mouth? Be careful of the Pisces in your life . . . ”

“Okay,” I say, but I don’t know anyone’s zodiac sign other than my own.

“Who has a car that flipped over?”

“My boyfriend and his friend were in a really bad car accident years ago. The dude was actually at our house just this morning!”

“He’s overdoing it, your boyfriend’s friend. Tell him to take care of himself…Who’s Matt? Do you know about his eye problem? The headaches?”

“You’re not going to Ireland, are you?”

“Not unless my Irish friend gets married.”

“There’s someone going to Ireland. Whomever’s going, tell them to enjoy it. Does a seahorse mean anything to you? Or a horse?”

“I used to ride horses a long time ago.”

“You don’t do it anymore? Why? Whatever opportunity comes after going to Ireland it’s going to be like riding a seahorse. Like wishes are happening.”

“Are you planting a tree soon by any chance? Or a seed?”

“If you’re thinking about it, whatever seed you plant is going to grow . . . Do you have a cat? You see the little white cat? For me that’s someone who’s being too protective of you. If you need your space you need to tell them.”

Sema continues, spotting a penguin, a mountain, and a light-skinned man with dark facial hair who may or may not be my boss. It’s hard to keep up with her as she rambles, but I find myself hoarding each detail feverishly, trusting that I will make sense of it all eventually.

Sure enough, in the weeks following my session, a few key things begin to gel. I may not know anyone called Matt, but my coworker, Katie Mather, soon complains about an eye problem that sends her to the doctor. It turns out she’s prone to migraines, too. Meanwhile, that friend who was in a flipped-car accident with my boyfriend experiences a panic attack, so I tell him he really should mind his health. Another good friend suddenly connects with someone from North Carolina and, at my behest, pursues the opportunity that arises as a result.

All coincidences? Perhaps, but I can’t help feeling otherwise. Partly, it’s just more fun to believe. Plus, the fact is that my very first post-Sema revelation was a majorly convincing one.

Days after my visit with Bal, I was getting ready for work in my bathroom as usual when I saw it: The number 99, circled, just like the one my sister insisted Sema write down. The number stared back at me emphatically from the bottom right corner of an unopened box of pregnancy tests sitting on the top shelf of our medicine cabinet. The tests claimed to be 99 percent effective. Since we only started trying to get pregnant in November, I was dubious but hopeful as I tore open a stick to pee on immediately.

Moments later, I was running into the bedroom wielding my positive test, exclaiming that Sema and my sister had predicted my pregnancy! As it happens, my due date is August 11th, precisely one day past my dead sister’s birthday, and several weeks prior to that crucial September project deadline Sema mentioned during our session.

Though I haven’t yet figured out who the toxic Pisces in my life is, you better believe I’m on the lookout.