The 10 best movies with 0% on Rotten Tomatoes

Sure, they aren't good — but that doesn't mean they have no redeeming qualities 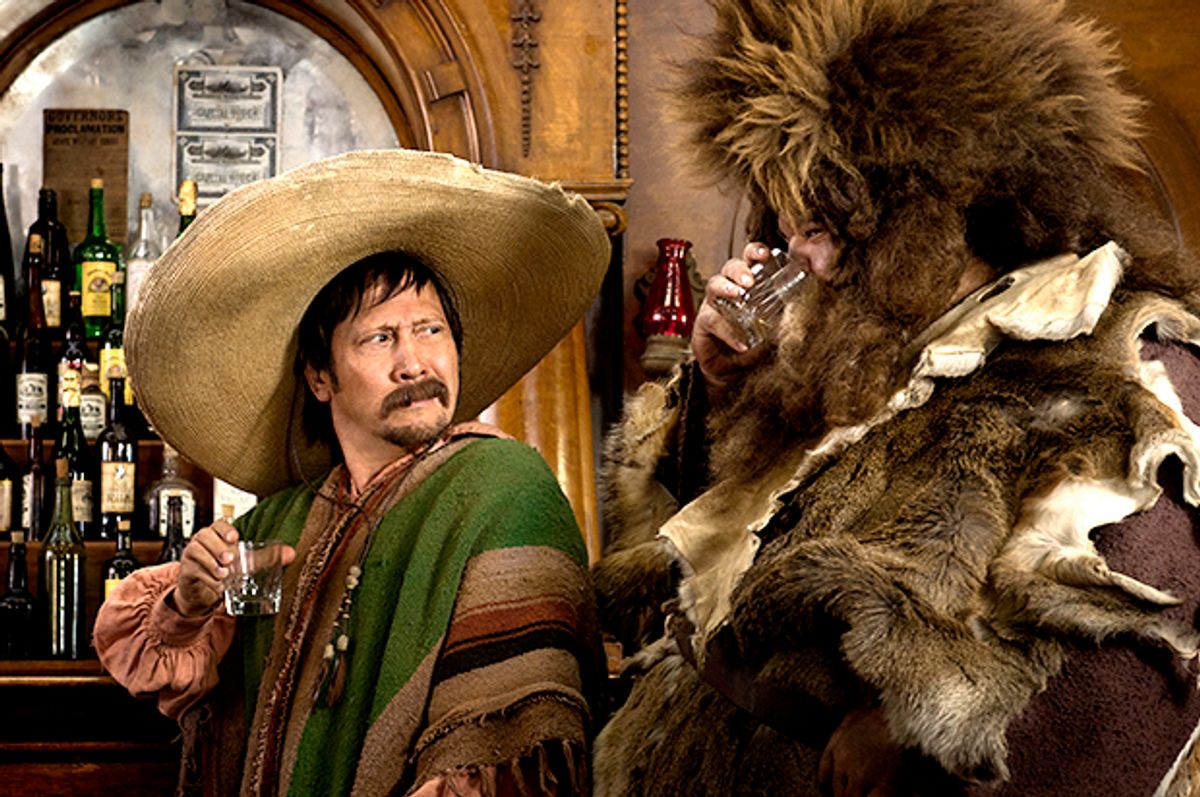 Don't let the title of this article fool you: Most of the movies listed below (not all, but most) are wretched.

That said, when a movie is given a 0% on Rotten Tomatoes, the assumption isn't just that it's bad, but that it's absolutely worthless. Even "The Emoji Movie" managed to eke out a measly 6%, suggesting that someone somewhere out there thought it had a redeeming quality or two. Are there other bad movies that, regardless of their poor quality, actually deserve credit for — well, for anything? Anything at all to elevate them above a flat-out 0%?

Gator (1976)
This is one of two movies that I've included that, despite their irredeemable awfulness, are retroactively worthwhile due to something completely unrelated to the film. In the case of "Gator," it is the fact that the movie is regularly referenced in the wickedly clever TV show "Archer" as being the titular protagonist's all-time favorite flick. That alone makes this movie's existence worthwhile!

Slaughter High (1986)
I denounced this movie in an old review for Mic and stand by every word. The characters are stupid and despicable, the soundtrack is like a cheese grater against your eardrums and the plot is simultaneously predictable and incoherent.

Oh, and it's a hilarious, hilarious mess. Indeed, it is arguably one of the funniest so-bad-it's-good movies out there. While the obnoxiousness of the characters prevents it from reaching the transcendent levels of "Plan 9 From Outer Space," "Troll 2" or "The Room," it's still quite enjoyable if you're into that sort of thing.

Silent Night, Deadly Night Part 2 (1987)
Do not see this movie. It isn't so bad it's good, it's just dull. Half of it is rehashed stock footage from the first installment in the series, and the stuff that was shot brand-new for this one is a seemingly interminable slog.

That said, it does have one redeeming quality, a single clip that justifies the entire production budget even if the rest of the film is a waste of celluloid. Check it out for yourself below.

Soultaker (1990)
"Soultaker," like "Gator," is a movie that belongs on this list not because of its own intrinsic quality (or lack thereof), but because it allowed something genuinely good to follow. "Mystery Science Theater 3000" brought D-movie parodies into the mainstream, and their skewering of "Soultaker" remains one of their funniest episodes of all time. While this may be of little consolation to the poor souls who saw "Soultaker" without the benefit of MST3K's commentary (which I would strongly advise against doing), the riffed version is certainly worth checking out.

Leprechaun 3 (1995)
This isn't just a movie that deserves better than a 0% rating; this is a genuinely good movie that ought to be watched by all.

OK, that's a bit of an exaggeration. The '90s were a very campy phase when it came to American horror, and because camp rarely is well-received by critics, it makes sense that "Leprechaun 3" got universally panned.

Take a step back, however, and you'll see that there is actual intelligence and craftsmanship behind this feature. There is a difference between camp that exists to cover up shoddy production and camp that is a deliberate, well-executed choice. Considering that this movie exists to continue a franchise about an evil leprechaun, the latter decision was clearly the correct one.

Aside from the villain, the only thing it seems to share with its predecessor is the director, Brian Trenchard-Smith. It's not clear what this movie is trying to be, since it vacillates between parodying the sci-fi and horror genres. It's a giant mess of a film, but, boy, is it entertaining and memorable. If there is one movie from this list that you should make a point of seeing, it's this one. The sight of a leprechaun wielding a light saber alone justifies this film.

Running Mates (2000)
This is a maudlin, unrealistic piece of political crap. That said, at a time when President Donald Trump perpetuates discrimination against everyone from Muslims and women to the LGBT community, it's hard to say that maudlin and unrealistic political crap is entirely devoid of value. "Running Mates" is hard to recommend as a movie, but any world in which Tom Selleck's protagonist could actually become president is worth admiring. This lousy fictional universe is actually more decent and sane than the one we inhabit!

Joe Dirt 2: Beautiful Loser (2015)
There is a scene in this film — a solitary, lonely scene — that was actually mildly inspired. Without giving too much away, it involves Joe Dirt meeting Lynyrd Skynyrd and discussing band titles with them.

The rest of the movie is offensive, gross and so unfunny that it seems like it actively wants to hurt the audience. The original "Joe Dirt" was pretty awful too, but at least it had a certain charm to it. The sequel is just a meandering, lazy bore that richly deserves its 0% rating.

But that one clip is funny. Not roaringly hilarious, but cute.

The Ridiculous Six (2015)
This is one of Adam Sandler's absolute worst films (and that's saying something). "The Ridiculous Six," as I noted in my review at the time, is both painfully unfunny and cringe-inducingly offensive. Nevertheless, there are two aspects to it that have some value: Taylor Lautner's performance, which shows genuine comedic talent (even if it's mostly wasted), and a skit that contains a surprisingly clever satire about the arbitrary rules of baseball.

An example of one of Lautner's funnier moments can be found below.

Cabin Fever (2016)
It's hard to make sense of why this one was panned. It's a remake of the 2002 film of the same name, which was certified fresh on Rotten Tomatoes, and is such a by-the-book shot-for-shot remake that it's hard to imagine liking the original while despising this one. More likely than not, critics were punishing it for the mere act of existing — why even bother remaking a fairly new horror classic if you have nothing new to bring to the table? — but that doesn't make the film itself unwatchable. Sure, it shouldn't exist, but it's just as good as its antecedent.