Netflix's "Atypical" is offensive, but that's not its real problem

With a dull plot and strictly stock main character, you won't even notice when "Atypical" fails to do autism right 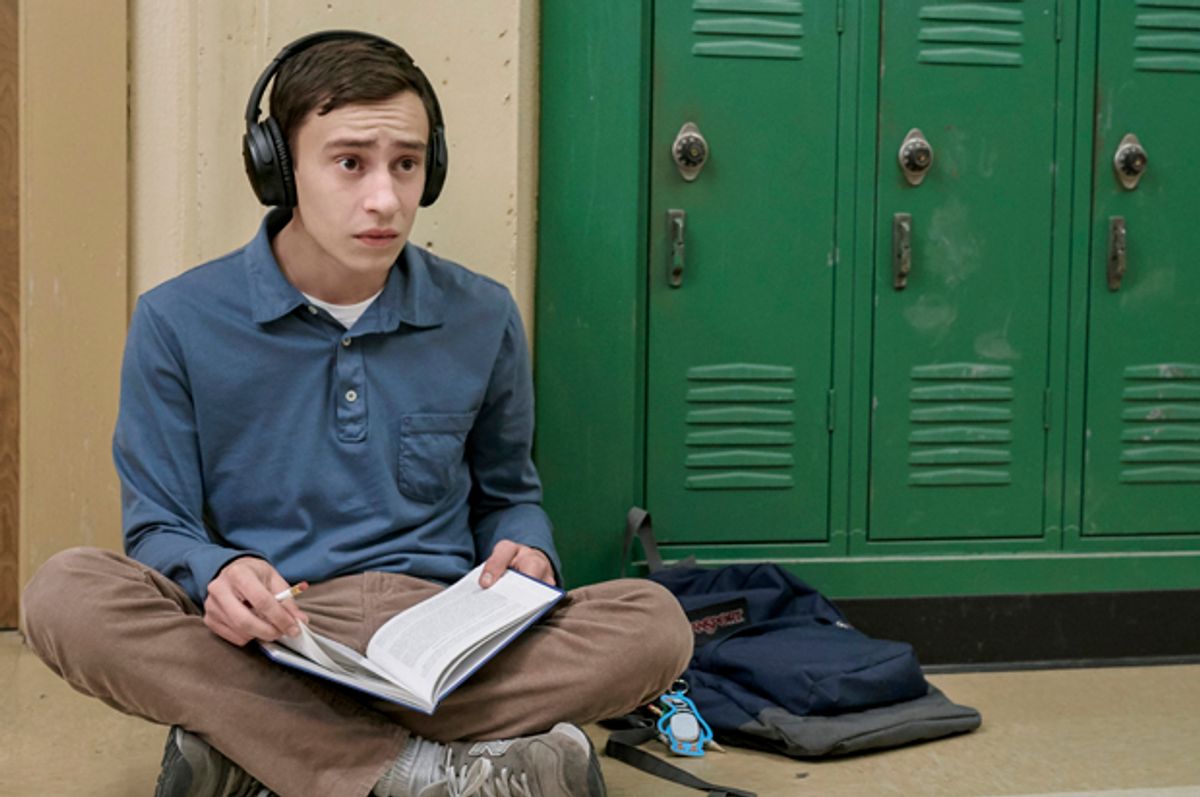 I could forgive the new Netflix series "Atypical" if it were merely offensive to autistic people. Its chief sin, however, is that it's trite. There's no forgiving that.

To start, the world of the show — which debuts on the streaming service this Friday, August 11 — is inhabited by the worst kind of plug-and-play stock characters. There's the spouse with a midlife crisis and an affair to go with it.  There's the other spouse who slowly learns how to reconnect with the children. There's the talented kid with a scholarship opportunity that she is conflicted about accepting. The arcs of all are easy to predict for anyone who has seen their fair share of American high school dramas.

Yes, there are some talented actors inhabiting the preview episodes of "Atypical" Netflix made available — most notably Michael Rapaport and Jennifer Jason Leigh as the protagonist's beleaguered parents. But there isn't much they can do with the cardboard cutouts series creator and screenwriter Robia Rashid ("How I Met Your Mother," "The Goldbergs") has given them.

Our titularly "atypical" protagonist Sam — played by Keir Gilchrist of "United States of Tara" and "It Follows" —  isn't any more three-dimensional. As the selling point here is the show's take on autism, however, Sam is a somewhat newer, increasingly popular stock character — the high-functioning Aspie. Look around and you'll see them almost everywhere in pop culture these days, nearly always as a white, heterosexual male. (Autism — which can affect non-white, female and LGBT individuals as well as white, straight men — doesn't discriminate in real life).

Here, Sam is only a degree or two removed from the familiar caricature of the idiot savant — inept, bumbling and awkward when the plot demands it, yet capable of being refreshingly intelligent, honest and funny. Think Sheldon from "The Big Bang Theory" or Abed from "Community" when it's a comedy, Sherlock Holmes from "Sherlock" when it's a drama or the "self-diagnosed" Sugar Motta from "Glee" when it's simply vile and hateful.

Of course, the one quality that makes "Atypical" different from most of its predecessors is that the autism of its character isn't coyly hinted at. It's front and center, the entire framework through which the series tells its story.

It should be noted here that I am autistic myself and in past articles have discussed the subject of dating when you're on the spectrum, which is the chief dimension of living with the condition explored in this series. Indeed, dating with autism seems to have been a popular curiosity for a while (there is a reason I've repeatedly written about it), and it is Sam's struggles here that are the most cringe-inducing. On one occasion, when he is about to lose his virginity, he has a freak-out in which he punches a girl as she takes her shirt off. Another time, when trying to seduce his own therapist (ick), he breaks into her house by sneaking into an open window. Elsewhere, he humiliates his girlfriend by proclaiming that he doesn't love her in front of her entire family.

These aren't classic signs of autism — they're violent, creepy, cruel and make the autistic character seem like a monster. When the show then shifts gears to make us feel sorry for Sam, the characterization becomes more offensive. Arguing that those with neurological conditions shouldn't be held accountable for hurting others is as patronizing as it is socially irresponsible.

This brings us to the uncomfortable fact that neither the show's creators nor Gilchrist are autistic themselves. Setting aside the raging debate over which groups are over-represented or under-represented in popular culture, it's hard to imagine a series like this being effective if the voice it aims to capture isn't among those telling the story.

When I asked Gilchrist what he would say to members of the autism community who were concerned about this, he discussed how as the show was being developed, the writers would regularly consult experts on autism and do their own research. He recalled that himself talked to autistic children that crew members brought to the set.

"I understand the concern fully. I totally get it, in terms of like I could see how this could go very wrong and misrepresent a group of people," Gilchrist said. "But I would hope that people would realize we never had any intentions of doing anything but really like doing something that felt true and real and then a lot of people's opinions went into it."

As I watched the series with Gilchrist's sentiment in mind, I recalled an observation by autistic actor Mickey Rowe who said about "Atypical" that "while exposure is great, if the creative team does not have leadership from the community they will inevitably misrepresent it."

There's a lot of talent both in front of and behind the camera with "Atypical," a show clearly made with good intentions. Even aware of the mild controversy brewing about the show's lack of autistic representation, I went into this with hopes that it could be another "Aspie Seeks Love" (which I co-reviewed with Liskula Cohen), the 2015 documentary about an autistic man's romantic pursuits that deftly balanced comedy, empathy and authenticity.

None of those things are in balance here and the series just doesn't work. Each viewer can decide for themselves whether they find "Atypical" offensive, but personally I was too disappointed by the squandered potential to be particularly outraged. Indeed, if the series had really offended me, that at least would have mean that I was engaged with it.

Instead, it left me so underwhelmed that questions of under-representation became an afterthought. Honestly, the most enjoyment I got out of "Atypical" was the opportunity to write this scathing review.