His line of nutraceuticals are lab tested and lab (dis)approved 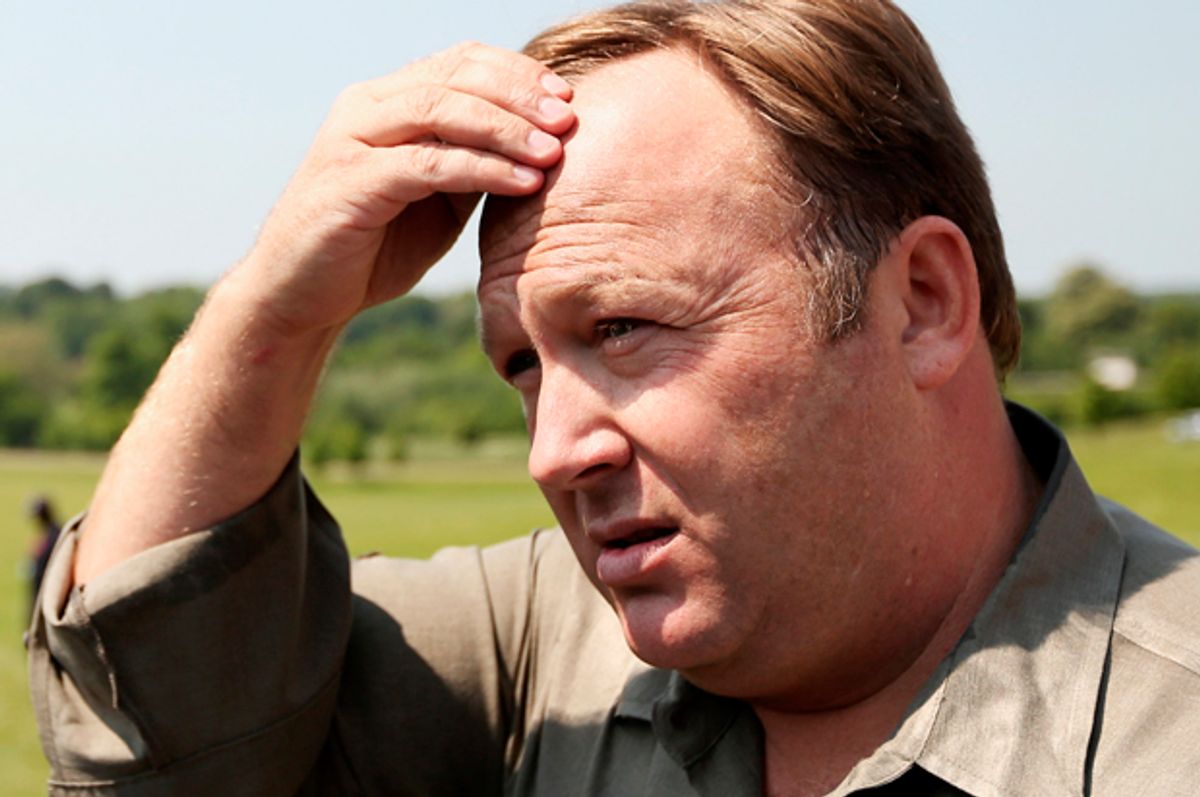 Jones' popular arsenal of supplements, which are wildly promoted throughout his show and on his website, are filled with overpriced, everyday ingredients according to test results provided in a highly readable report on Buzzfeed.

Labdoor, an independent San Francisco-based lab that specializes in testing and grading dietary supplements, ran full tests on six of Jones' products to determine their exact makeup and screen for toxic chemicals.

"We tested samples in triplicate, and wherever possible, cross-checked those results with at least two independent analytical laboratories, so we have complete trust in our conclusions," Brian Brandley, Labdoor's laboratory director, told BuzzFeed News.

Interestingly, the products are advertised — to an extent — accurately, and do not contain dangerous additives like heavy metal contaminants, stimulants, depressants and other banned drugs.

However, the actual results of taking his products pale in comparison to the claims he makes about them. Overall, the products were proven to be "ineffective." For example, on his site Jones claims Survival Shield X-2 "promotes thyroid health and healthy hormone levels." But according to Labdoor, the solution "is just plain iodine, the same stuff doctors used to pour on surfaces as a disinfectant."

After testing Anthroplex — a product Jones claims will "restore your masculine foundation and stimulate vitality" — Labdoor called the product a "waste of money." Further, they argue that "the claim that 'Anthroplex works synergistically with the powerful Super Male Vitality formula in order to help restore your masculine foundation and stimulate vitality with its own blend of unique ingredients' is fluff on multiple fronts." Additionally, Anthroplex contains 31 percent less zinc than advertised, making it a "worthless product for $40," the report reads.

Child Ease, Oxy-Powder, and Super Male Vitality/Super Female Vitality are among the other products tested. According to Labdoor, there was not enough research to prove the products were effective, especially because many of them contained "so many ingredients."

John Oliver conducted his own study of Jones' pharmacy on his show "Last Week Tonight," arguing Jones only markets his products to deceive viewers and make money, opposite to his claim that the money is essential to running his empire.

“I’m not saying the only reason Jones is talking about the globalists systematically feminizing us is to sell overpriced nutraceuticals so that he can buy luxury watches,” Oliver said. “but if I were saying that, it certainly wouldn’t be the stupidest conspiracy theory that you’ve heard tonight.”