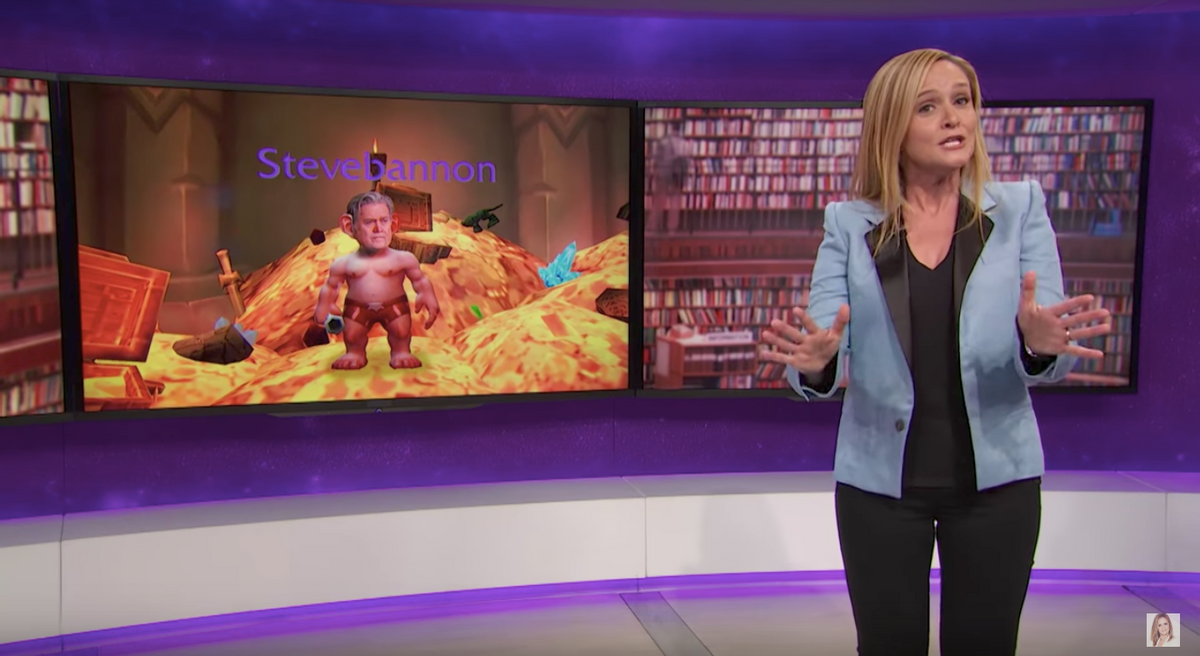 Usually late-night comedians ironically read books so that their audiences don't have to. But on Wednesday, Samantha Bee reviewed one of the more important books about the 2016 election.

"Steve has been out of public view lately," Bee said during one of her monologues Wednesday, "which makes sense because if I could suck my own cock I probably would never leave my bedroom either. But since I can't, I spend my time reading."

Bee explained that much of "Devil's Bargain" traces Bannon's affiliation with the alt-right to his involvement with a Hong-Kong-based internet gaming company that earned gold in the popular game "World of Warcraft" and sold it to players for real money.

Bannon soon learned, as Green shows, that there were a lot of angry white gamers out there who had "monster power" online — so much power, in fact, that they ruined his gaming company amidst a barrage of anti-Asian hatespeak.

Bannon sought to capture this audience with Breitbart News by "turbo charging the site's white populist agenda and fuck everyone attitude," Bee said.

"Gamer message boards revealed enough butt hurt penis-goblins to catch Steve's gimlet eye," she cracked. "Steve saw his alt-right was alt-ripe for harvest. All he needed was a bridge to connect the fetid swamps of the nanosphere to the hard right destructiongasm that was Breitbart News. And he found it in an obnoxious, women-hating douche nozzle, Milo Yiannopoulos."

And the rest, unfortunately, was history.