Bill Hader crashes "Weekend Update" as the Mooch, wins all the points 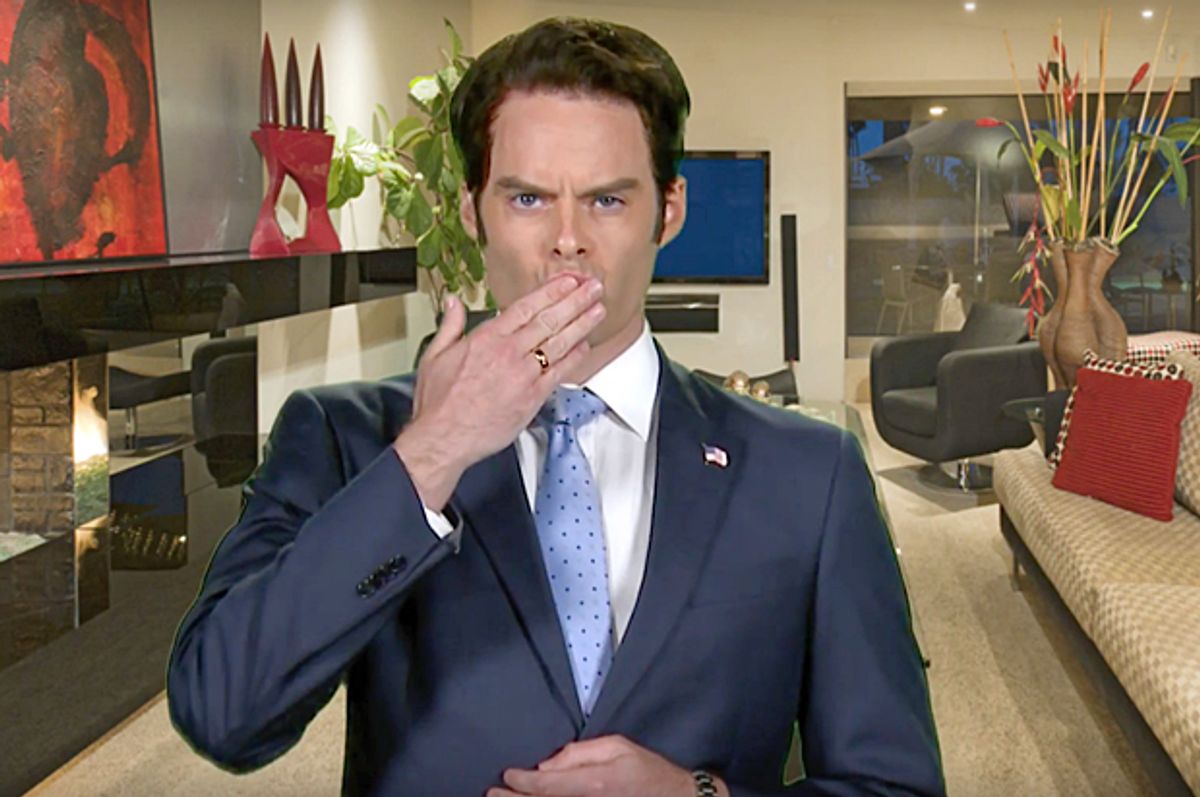 Ok, yes, Mario Cantone is fantastic, indelible as Anthony "The Mooch" Scaramucci on Comedy Central's "The President Show". The world is a better place for his impersonation. And, yet, Cantone best watch his back because one "SNL" alum has also slid into the Mooch's Gucci loafers and showed equal aplomb with the role.

Last night on "Saturday Night Live"'s mid-summer, mid-week edition of "Weekend Update," host Michael Che was humming along through the NBC satirical news show when he — and the show itself — got an unwanted FaceTime alert from none other than the former incoming White House communications director himself, this time portrayed by former Not Ready for Prime Time player Bill Hader.

It's a good thing he picked up, because HaderMooch revealed the sad, unavoidable truth about our deep and abiding obsession with the slick Gordon Gecko cosplayer who shined so brightly in the White House briefing room, only to disappear in a cloud of profanities.

"Everybody loves the Mooch," he said. "You know how you miss me. I'm like human cocaine. You got a little bump of me, I made you feel excited, but I was out of your system too quick, and now that I'm gone, you're all depressed and edgy and you're trying to figure out how how to score some more Scarramooch!" This is objectively true. Luckily, George Stephanopoulos and Stephen Colbert have the connect.

Until you get another another bump of Mooch off of "The Late Show"'s key, check out his Twitter or enjoy the next best thing courtesy of Bill Hader below.