Direct confrontation with alt-right goons is a bad idea: There are more productive channels for righteous anger 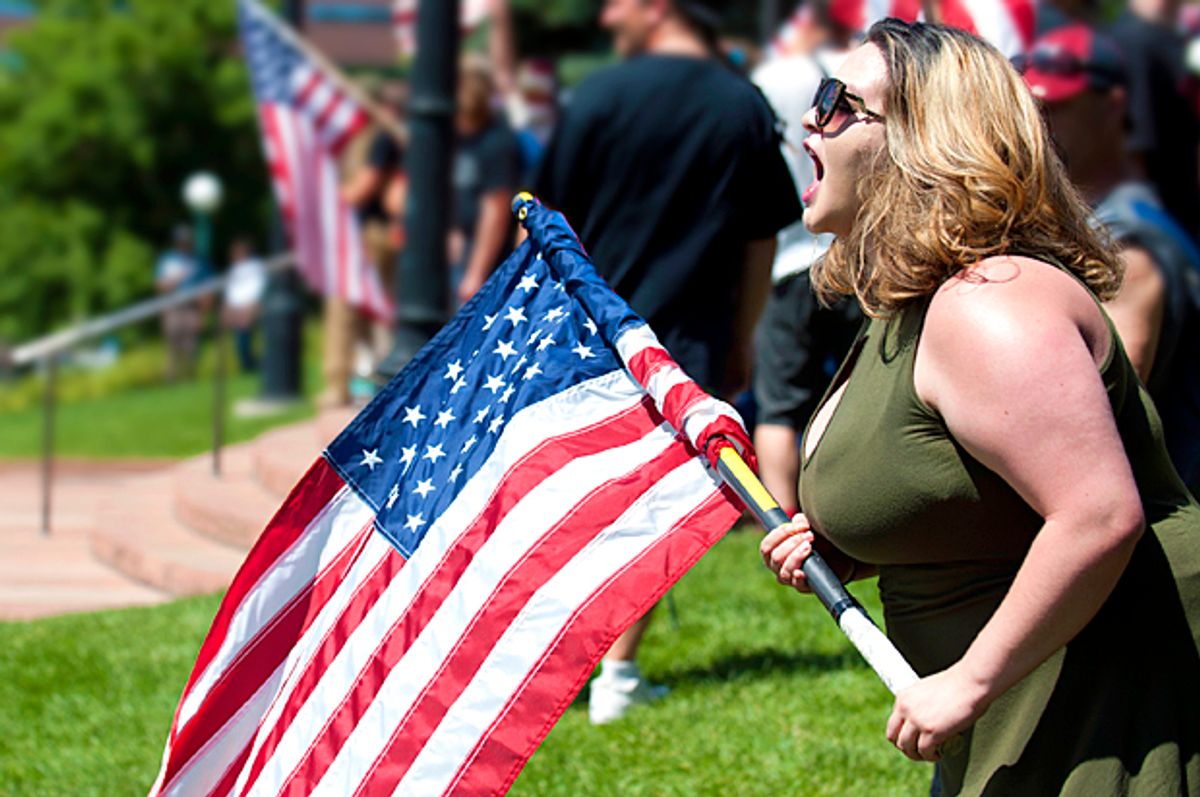 This weekend, various far right groups are converging on Charlottesville, Virginia for a "Unite the Right" rally that may create the biggest test since last spring for progressives who want to resist the Donald Trump-empowered surge in white supremacy. Organizers anticipate a big crowd, perhaps in the thousands, which triggered legal action after Charlottesville officials tried to relocate the rally from its original location around a statue of Robert E. Lee in Emancipation Park to a location local law enforcement said could hold more people.

To be clear, neo-Nazis and the like tend to be disorganized and unreliable, so there are decent odds Unite the Right will be poorly attended, and the resulting atmosphere will be one of comical pathos rather than the menace far-right forces are hoping for. Unfortunately, as Bob Moser at the New Republic argued, there is one group that can help restore some lost dignity to the wannabe fascists: Progressive counter-protesters. Yes, the very people eager to fight white supremacists in the street may, as Moser argues, be helping the cause of white supremacy.

"By confronting both the various breeds of white supremacists with fury and violence, we’re giving them better media attention and recruitment tools than the worst of the worst could ever hope to muster for themselves," Moser argued. He laid out a number of examples of how alt-right and KKK rallies are typically poorly attended by white supremacists themselves, and that the behavior of counter-protesters -- who often outnumber the actual racists -- are invariably used as propaganda by these groups to recruit more members online, which is where the real action is happening.

As Moser admits in his piece, however, this argument is emotionally unsatisfying, however rational it may be. The truth is that there is a rise in white supremacy, and it has become a potent political movement, in large part because it plays off people's base emotions. Fighting back with rational and calm behavior feels inadequate. Progressives want opportunities to shame these people, confront them and, frankly, mess with them a little. Constant lectures about "When they go low, we go high" just don't cut it anymore.

As someone whose instinct is to run towards confrontation and not away from it, I decided to talk this out with Heidi Beirich of the Southern Poverty Law Center, whom Bob Moser used to work for. The SPLC also warns against counter-protesting, but, Beirich explained, this should not be confused with minimizing the seriousness of the white supremacy threat or claiming that ignoring bullies makes them go away.

“This is a legitimate group of people in the United States who have growing political power and who have frightening views when it comes to minorities," she said. “I don’t find that you’re not standing up to bullies" if you resist the urge for angry confrontation, she continued. "I think you’re starving them of the oxygen that they live off," meaning right-wingers' pretense that they are constantly victimized, censored and assaulted, a narrative that tends to play better if they actually encounter violent confrontation in the streets.

Instead of counter-protesting, Beirich argued, progressives should speak out in other ways. She recommended speaking out online, lobbying politicians to fight hate crimes and holding counter-rallies at a different place or time.

“When you put on something positive that also gets coverage, it presents your community in a much better light, and it puts the focal point on the ideas that are the peaceful, caring ones," Beirich said.

Holding rallies not centered around direct confrontation with the alt-right has, I'd argue, another benefit: It's far more inclusive. Direct confrontation on the streets that may lead to violence is a tactic that naturally favors young, able-bodied people, especially men. For women, disabled people, parents, older people and racial minorities that have stronger concerns about violence from white supremacists, the face-to-face showdown strategy can often be alienating.

Still, I totally get those who feel that holding hands and giving speeches about favoring love over hate doesn't feel like nearly enough. People are angry and want, for very good reason, to screw with these guys a bit. Isn't there any way to take the fight to the wannabe Nazis?

One thing that's important to understand, Beirich noted, is that the alt-right "is an online movement, for the most part." Some of its leaders have basically resorted to pleading with their followers to show up for actual events in the offline world. That has had some effect, with bigger crowds at the American Renaissance Conference and other rallies, but the primary audience and organizing platform for far-right activism remains the internet. Even when alt-right folks gather in person, it's mostly about getting group photos that can be used to recruit new followers online by promising a sense of community.

So for those who are attracted to the simple pleasure of screwing with Nazis, the online world is where to go to make fools of these fools. Beirich suggested reporting hate speech on social media, but there are an increasing number of ways for progressives  to use the same online tools used by white supremacists to organize against them.

This strategy has already been effective in disrupting the Charlottesville rally. Airbnb, likely in response to complaints from the public, cancelled the bookings of a number of people who were presumably coming to town for the rally. Gizmodo reports that there were concerns that some places were being rented to hold neo-Nazi parties.

Another delightful resistance movement involves messing with white supremacists and other bigots on Reddit, one of their favorite online gathering spots. As Ben Collins of The Daily Beast reported, a group of Redditors have started launching takeovers of forums that might attract the fascist-curious, turning them into clown shows. For instance, r/WhitePolitics is now flooded with posts discussing paint swatches. They also were able to defeat a request from former Breitbart writer and right-wing provocateur Milo Yiannopoulos to take over the forum r/Faggots, which is now dedicated to discussing the bundling of logs. They also conquered a misogynist "pickup artist" forum, which is now mostly threads about picking up heavy objects.

If nothing else will do but direct, in-person confrontation, then organized mockery -- as I've suggested before -- is likely more effective than trying to argue with white supremacists or fight them.

Fighting in the street is a bad idea in general, but it happens because emotion will always move people more than reason and logic. It's time to think creatively, for both individual activists and organizers, about how to channel people's legitimate anger in ways that actually hurt the alt-right instead of help it.