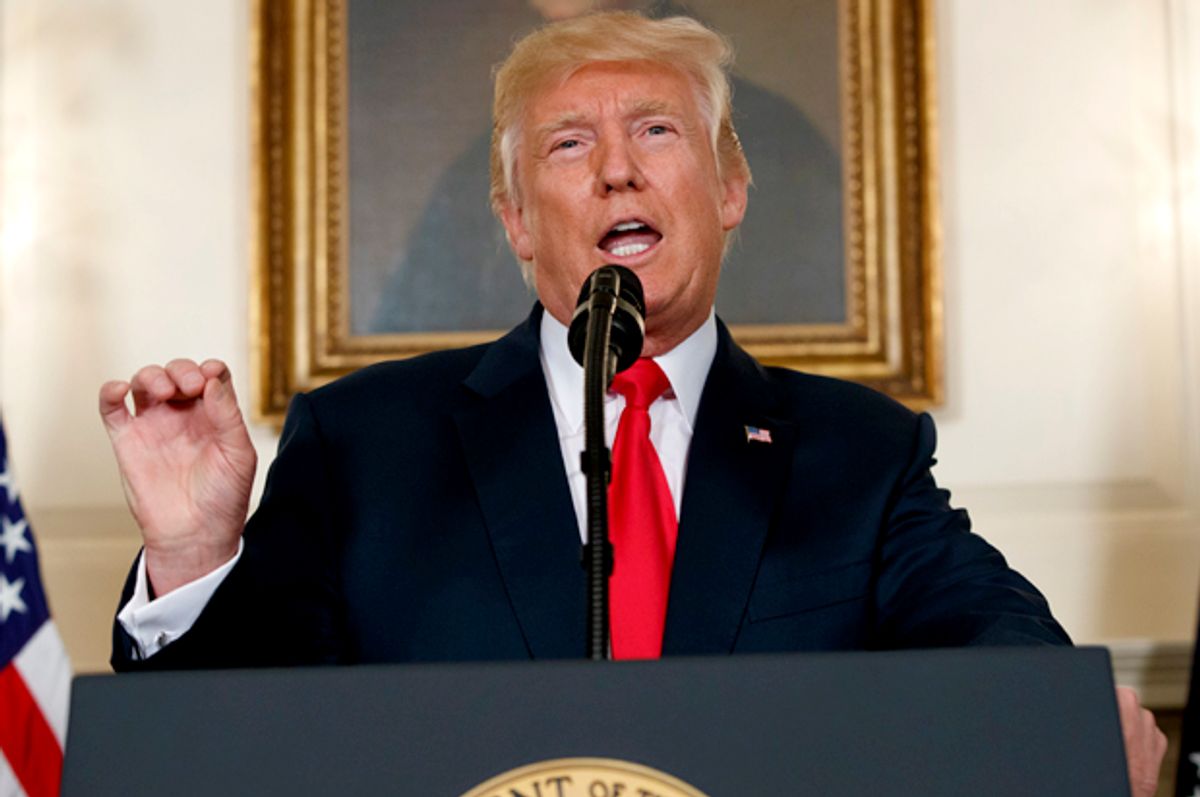 In the wake of criticisms that President Donald Trump was ignoring the scourge of right-wing violence and neo-Nazis in Charlottesville, Virginia, the president trudged to a White House podium Monday to half-heartedly read a speech on a teleprompter.

After bragging about the state of the American economy since he took office — and looking excited doing it — Trump looked bored reading a statement about the "deadly car attack that killed one innocent American." He also devoted far less attention to the victim of the Charlottesville riot, Heather Heyer, than he did to the victims of homicides perpetrated by undocumented immigrants.

"Racism is evil — and those who cause violence in its name are criminals and thugs, including KKK, neo-Nazis, white supremacists, and other hate groups are repugnant to everything we hold dear as Americans," Trump said, according to a report by CNN.

"Those who spread violence in the name of bigotry strike at the very core of America," Trump said.

Given that this condemnation occurred after Trump spent three days avoiding blaming right-wing extremists, many of his critics are refusing to buy his convenient about-face now.

As one Twitter user noted, Duke and his alt-right brethren shouldn't be too discouraged by Trump's uncharacteristically critical words. A White House official later elaborated that Trump condemns "hatred, bigotry and violence from all sources and all sides" and insisted that "there was violence between protesters and counter-protesters."

That statement ignored two important facts. The first, and far more important, was that only the right-wing protesters in Charlottesville caused a fatality and that all reliable accounts indicate they initiated the violence. More significantly, though, is the fact that far right ideology is inherently violent. By virtue of showing up with a white nationalist agenda, the alt right-ists at the rally were automatically more culpable than the anti-fascists.