John Oliver: Trump and North Korea are "goading each other toward armageddon" 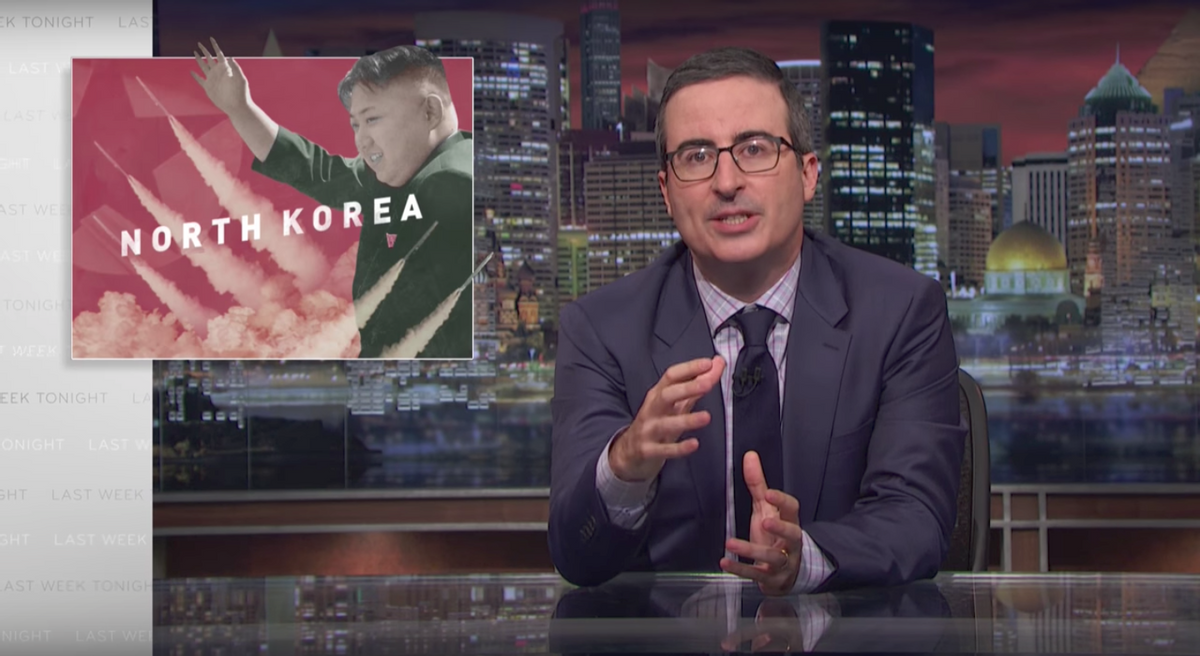 As the U.S. focuses on Trump’s inaction on white supremacist violence, John Oliver is here to remind us that there’s still a couple of big problems in the world: North Korea nuclear ambitions and our president's inability to properly handle them.

The host of "Last Week Tonight" could hardly believe that Trump could screw so much up in so few tweets.

"When Twitter was invented, I bet even they didn't imagine that it would lead to the brink of nuclear armageddon," the comedian said Sunday night. "It's like if the invention of the Furby would lead to the Sudanese Civil War. Who knew that's where it was heading?"

Oliver explained to his audience that North Korean leader Kim Jong-un was not behaving as unreasonably as Americans would imagine.

"He has seen leaders like Saddam Hussein and Muammar Gaddafi scale back their nuclear programs only to be overthrown either by the U.S. or their own people and die gruesome deaths," Oliver said. "And it's true that dictators generally don't end their careers like disgraced American politicians with a stint on 'Dancing with the Stars,' although that would have been an incredible season."

Trump insisted during the 2016 presidential campaign that he was willing to negotiate with North Korea in order to avoid a nuclear war. Trump even once said that there was a "10 percent, 20 percent chance" that he could talk North Korea out of nuclear proliferation.

"No, no. There's really isn't," Oliver countered. "Donald Trump is a shitty negotiator. In his short presidency he has failed to get Mexico to pay for his stupid wall. He has failed to get Congress his party controls to pass a health care bill and even when his administration gets something done, it way oversells it."

"So, here is where we are," Oliver concluded the show: "We have two nuclear-armed leaders who are accustomed to issuing empty threats to impress their own people, and they are now currently goading each other toward armageddon."