Baltimore votes to get rid of its four Confederate statues 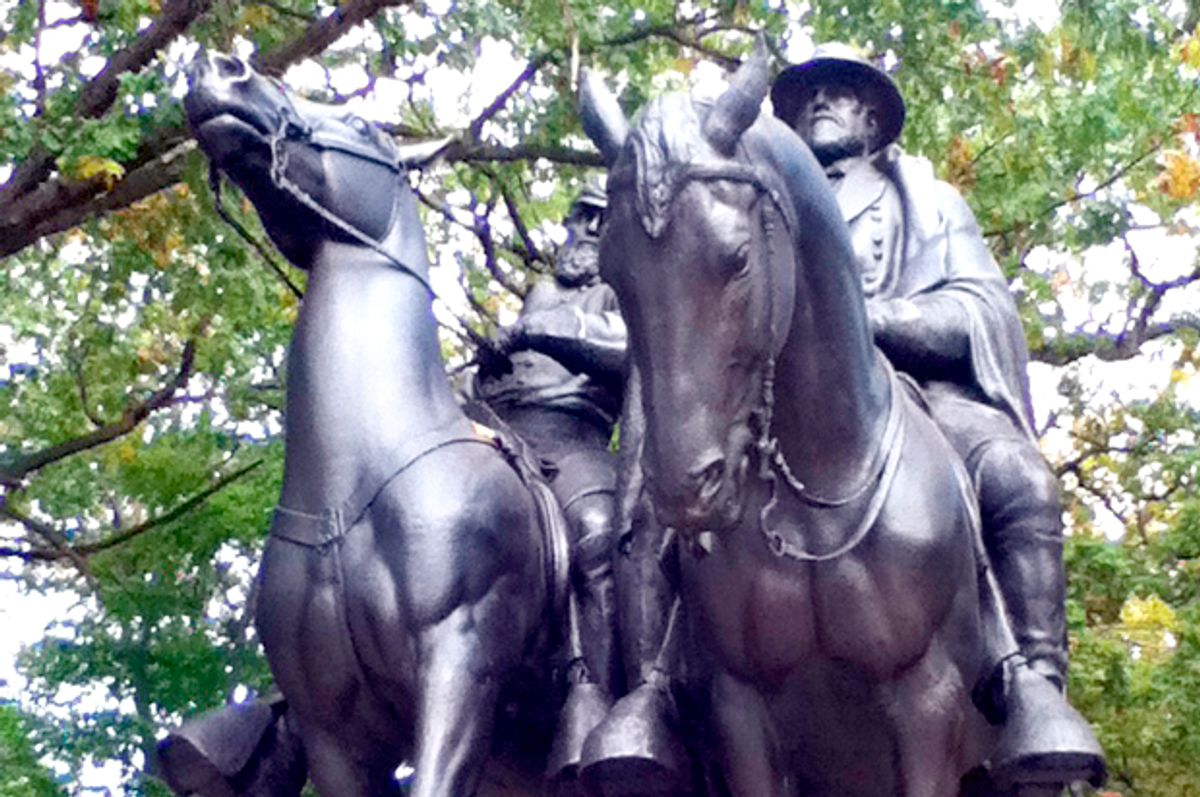 A day after anti-fascist protesters tore down a confederate statue in Durham, North Carolina, Baltimore's city council voted Tuesday on a resolution to remove the city’s Confederate monuments. The decision came after violence erupted during a white supremacy rally in Charlottesville, Virginia, that left three dead and dozens injured.

But the fate of the four monuments is still in question, with some local lawmakers arguing the statues should be destroyed while others suggest simply moving them to a museum because of their historical value as reminders of the nation’s ugly past.

“We still emphatically do not want these to be placed on public display anywhere,” Councilman Brandon Scott told WMAR Baltimore. Scott introduced a resolution to have the monuments destroyed. “We should melt them down and use them to erect statues of true heroes of Baltimore.”

Not everyone agrees arguing that destroying the statues won’t change the opinions of bigots and white-power people and may actually erase a history that should be remembered as a warning.

Maryland was a slave state that straddled the border between the North and South, and Baltimore was the site of the first casualties of the Civil War in April 1861 when anti-war Copperhead Democrats and other Confederacy sympathizers clashed with Union militias. Today, Baltimore has four Confederacy monuments.

Many of the confederate monuments found in numerous U.S. cities of former Southern Confederacy states were built long after the end of the Civil War. Descendants of Confederate soldiers and sympathizers of the Southern cause pushed to erect these monuments well into the early half of the 20th Century.

Some statues went up in cities like Baltimore, New Orleans and Durham while African-Americans were suffering under Jim Crow, which was marked by whites asserting their dominance against blacks with lynchings, suppression of black voting rights and enforced segregation. The erection of pro-Confederacy monuments during this period added insult to that injury, and today many young black Americans live literally in the shadows of past racist oppression, whether it’s statues of sword-wielding white men on horses or Mississippi's state flag.

Of the four confederate monuments in Baltimore, only one of them, a statue of racist Supreme Court Justice Roger B. Taney, was erected in the 19th Century. A monument honoring Confederate generals Robert E. Lee and Thomas J. “Stonewall” Jackson was dedicated in 1948, more than 80 years after the end of the Civil War and after the U.S. had fought in two world wars. The other two Confederate monuments in the city commemorate Confederate women and soldiers, and were dedicated in 1903 and 1917, respectively.