Chief strategist Steve Bannon has seen his job in jeopardy many times in the past, but this time may be serious 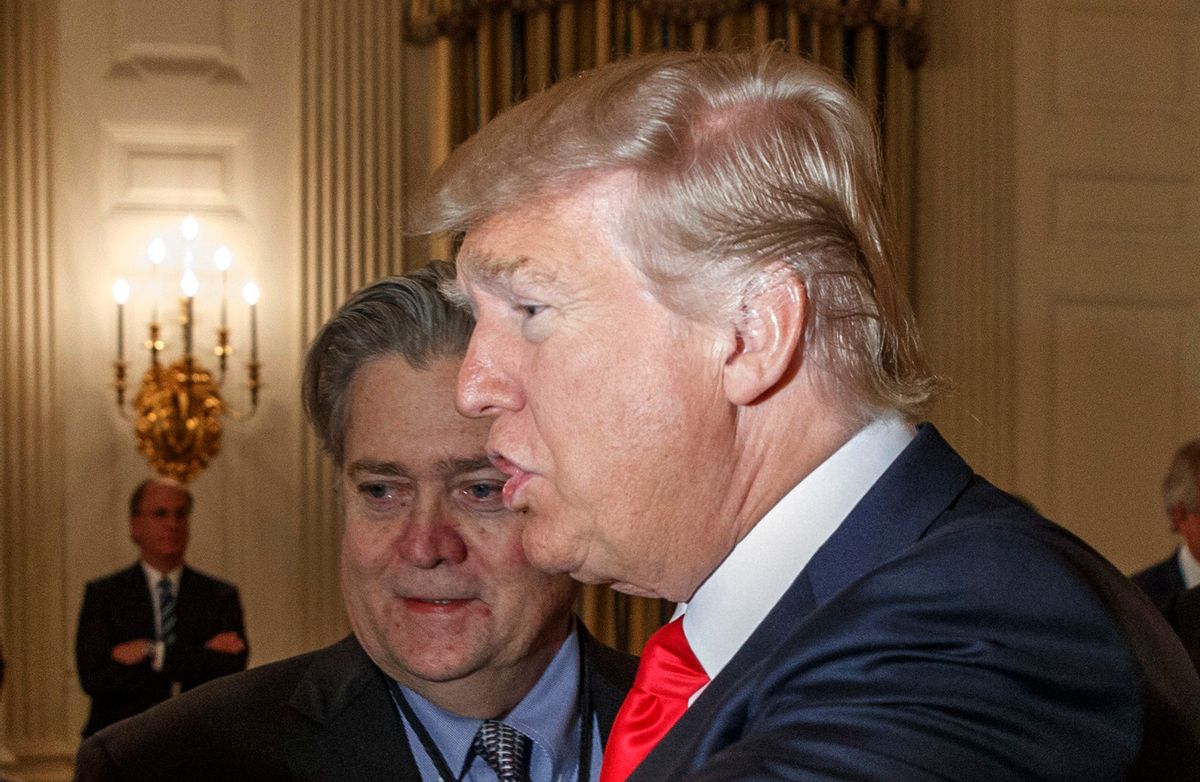 If Steve Bannon were a cat, he'd be on his ninth life right now.

The White House chief strategist's political future is currently under fierce discussion. Between his association with the alt-right and his ongoing feud with H. R. McMaster, Trump's national security adviser, Bannon's situation seems to be increasingly perilous. As several inside sources told CBS News, White House Chief of Staff John Kelly (who played a crucial role in firing communications director Anthony Scaramucci) wants "more adults" to advise Trump, a classification that Bannon may not meet.

This wouldn't be the first time that Bannon's head has been on the proverbial chopping block. In February there were reports that Trump was upset by "Saturday Night Live" skits which depicted Bannon as a Grim Reaper who secretly controlled the president from behind the scenes. By April, Bannon's stock had fallen even further due to his sharp disagreements with Trump's son-in-law and adviser Jared Kushner. Because Kushner is more ideologically moderate and Bannon is more extreme, that feud had the potential to reshape the ideological thrust of the White House, although ultimately Bannon and Kushner were able to resolve matters.

That same month, however, Bannon was removed from a post given to him on the National Security Council. While he still retained his position as chief strategist, the demotion marked the first time that the president made it unmistakably clear that Bannon was no longer untouchable.

As Bannon continues to be a tempestuous presence in the White House, a report by The New York Times indicates that the chief strategist hasn't even met with the president in more than a week, in stark contrast to their previously close relationship. Meanwhile McMaster has taken to the airwaves and refused to say that he could work with Bannon, while Fox News mogul Rupert Murdoch has repeatedly insisted that Trump fire him.

The main factors protecting Bannon's job, it seems, is his close connection to the alt-right. Trump is reported to have repeatedly talked with Bannon over the weekend over how to respond to the Charlottesville riots, with the former Breitbart executive urging Trump to avoid alienating his far right base in his response. There is the possibility that if Trump fires Bannon, the scorned ex-staffer could try to turn the far right against the president — perhaps successfully.

Then again, Trump also can't risk the rest of America coming around to the view penned in the conservative journal "National Review" by David French:

There’s a good reason that white nationalists rejoice at Steve Bannon’s proximity to power. There’s a good reason that countless Americans look at that man so close to the Oval Office and fear his influence on their president’s mind and heart. How can Trump look the American people in the face and say that he unequivocally condemns the alt-right when one of the men who did more than anyone else to enhance its influence works down the hall?

Say what you will about Bannon, but this much is clear: His presence or absence in the White House is a strong indicator of whether the president will remain in the alt-right's thrall.