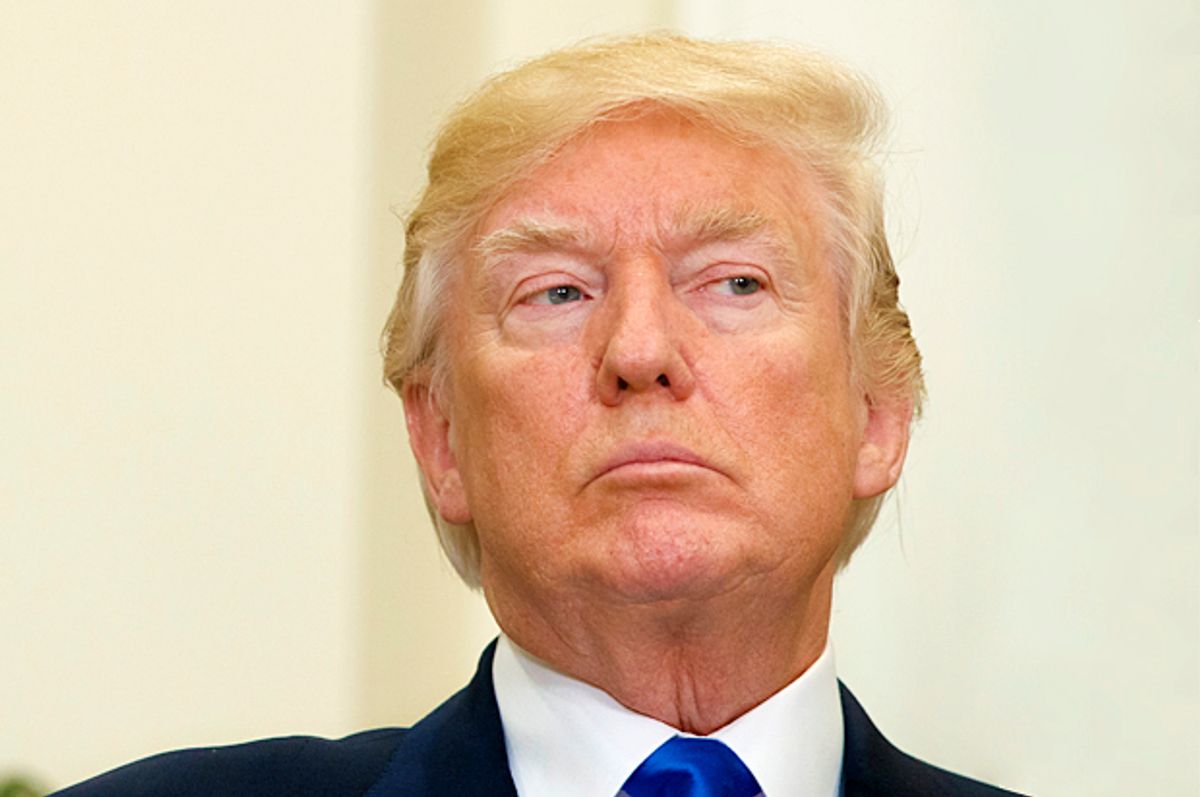 Speaking at a press conference Tuesday, President Trump said there were "fine people" who attended the white nationalist rally in Charlottesville, Virginia last Friday night and said that the ensuing violence the following day could be attributed to "both sides."

Doubling down on his initial "many sides" response to events in Charlottesville last weekend, Trump called the "alt-left" equally responsible.

The president, fielding questions from reporters at Trump Tower in New York, abandoned his remarks made on Monday when he singled out and condemned the KKK, neo-Nazis and white supremacists at the protests.

"You had people that were fine people," Trump said Tuesday of the tiki-torch holders who terrorized the University of Virgina campus Friday night. "You had people in that group that were there to protest the taking down, to them, a very important statue. And the renaming of a park from Robert E. Lee to another name."

"You had many people in that group other than neo-Nazis and white nationalists," he added.

Trump then equated George Washington and Thomas Jefferson to Lee, noting that both presidents owned slaves. Trump seemed to agree with the alt-right that the removal of Confederate statues was not appropriate.

The president also disputed the term "alt-right," demanding a reporter define the term for him. He did not hesitate, however, to call Antifa the "alt-left."

Trump said that both sides on Saturday were responsible for the violence that broke out in Charlottesville. "You had trouble makers, you see them come with the black outfits and with the helmets and with the baseball bats. You had a lot of bad people in that group," Trump said of the counterprotesters.

"What about the alt-left that came charging at, as you say, the alt-right?. . . Do they have any problem? I think they do," Trump said.

The president's remarks apparently had the desired effect:

Democratic lawmakers were quick to condemn Trump's comments on Twitter: