"The Walking Dead" producers sue AMC, could get as much as $1 billion 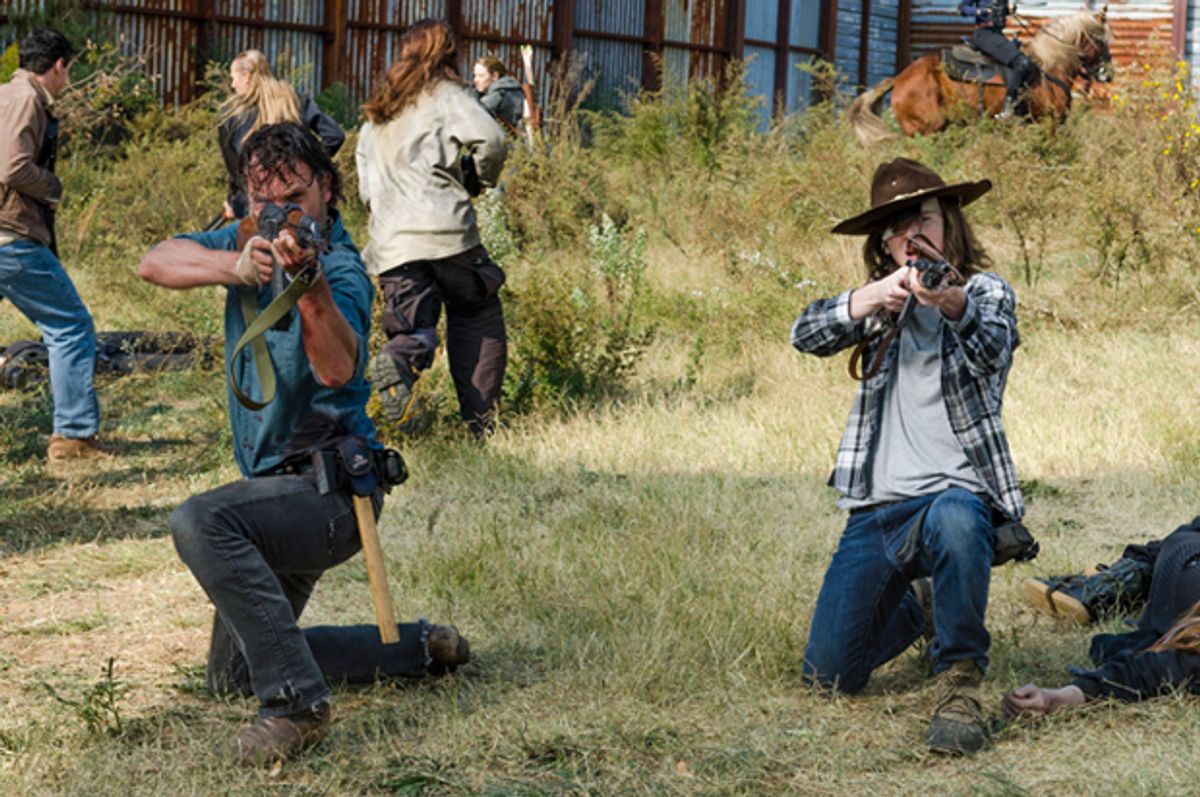 "The Walking Dead" has been an insanely profitable show for AMC — but if a new lawsuit the network is facing doesn't land in their favor, it could be out up to $1 billion.

The show's creator Robert Kirkman was joined by three producers — David Alpert, Gale Anne Hurd and Glen Mazzara — in the lawsuit filed in Los Angeles Superior Court, according to a report by The New York Times. It claims that AMC denied the show's producers a fair share of the profits normally garnered when a series is successful and long-running by setting up a sweetheart deal with its own studio, AMC Studios. In addition to "The Walking Dead," the suit also lists spinoff series like "Talking Dead" and "Fear the Walking Dead."

"These kinds of lawsuits are fairly common in entertainment, and they all have one thing in common — they follow success," said AMC in a statement. "Virtually every studio that has had a successful show has been the target of litigation like this, and ‘The Walking Dead’ has been the No. 1 show on television for five years in a row, so this is no surprise. We have enormous respect and appreciation for these plaintiffs, and we will continue to work with them as partners, even as we vigorously defend against this baseless and predictably opportunistic lawsuit."

"This case arises from a major entertainment conglomerate’s failure to honor its contractual obligations to the creative people — the 'talent,' in industry jargon — behind the wildly successful, and hugely profitable, long-running television series 'The Walking Dead.'" The filing adds "The defendant AMC Entities exploited their vertically integrated corporate structure to combine both the production and the exhibition of 'TWD', which allowed AMC to keep the lion’s share of the series’ enormous profits for itself and not share it with the Plaintiffs, as required by their contracts."

According to The Hollywood Reporter, potential damages could reach as high as $1 billion.

The rift between "The Walking Dead"'s creative talent and AMC was foreshadowed last week when Kirkman left the network for Amazon. Trouble even became apparent as far back as the mid-second season, when the show's co-creator Frank Darabont was fired as executive producer. His $280 million account lawsuit against AMC is currently in the summary judgment phase.