A former skinhead reflects on Charlottesville: "We have a massive and dangerous domestic terrorist threat" 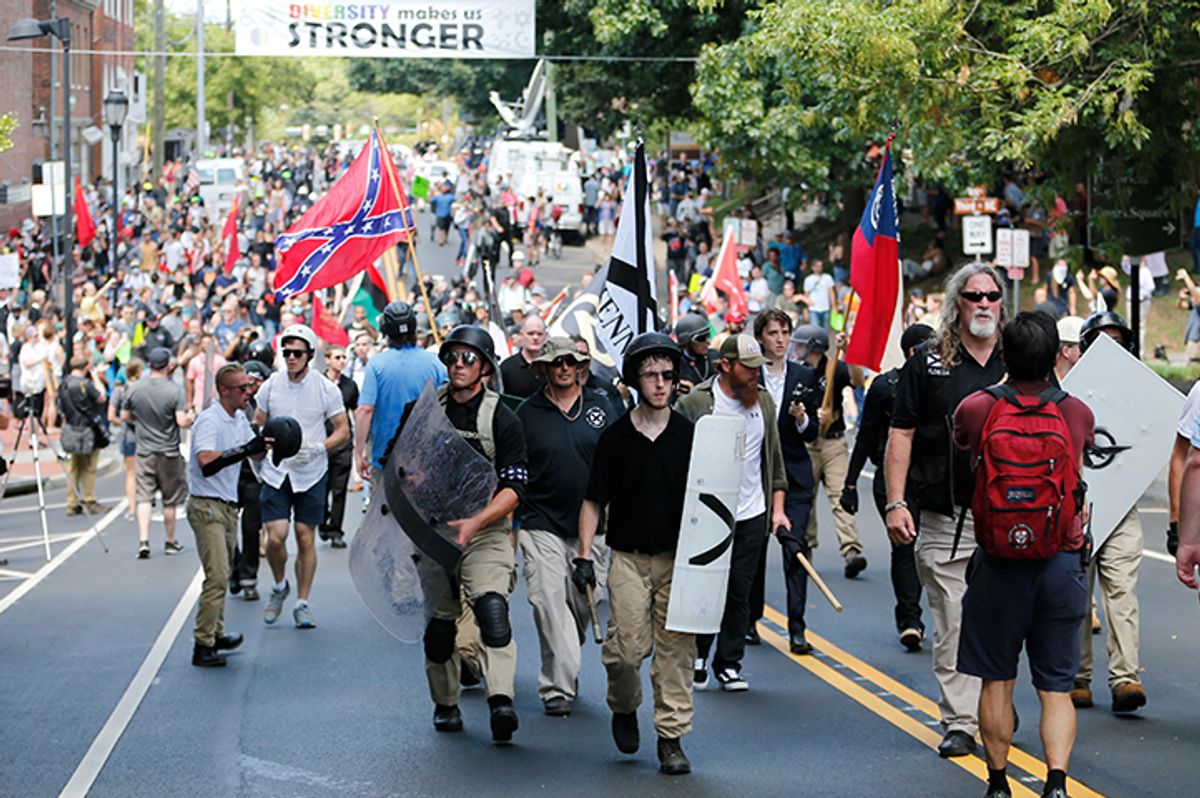 Christian Picciolini is the co-founder of the nonprofit Life After Hate, an organization that focuses on de-radicalizing those of the far-right and combating white supremacy in the U.S. As a former skinhead, Picciolini knows better than anyone where this ideology comes from and most importantly, how dangerous it can be.

In January, former President Barack Obama approved a $400,000 grant for Life After Hate from the Countering Violent Extremism (CVE) program. It was the only program funded that centered on countering white supremacy extremism and violence. But shortly after President Donald Trump took office, the program was defunded after a review by the Department of Homeland Security.

On why Life After Hate lost its funding:

They've come back since then and said that they were looking to invest in a program that had a track record for "success" and "longevity." Well, frankly speaking, we're the only organization in North America, in fact in the Western Hemisphere, that is successfully de-radicalizing people from the far-right. We've been doing it since 2011. We have an effective strategy, we have a high success rate, we're the only organization that has a success rate.

Don't cut funding for programs that counter violent white extremism because we know this, statistically speaking, that white supremacist extremists kill more than any foreign or domestic terrorist group combined on American soil. We know that we've experienced time and time again, incidents like what happened in Charlottesville, what happened in Charleston, South Carolina, what happened in Oak Creek, Wisconsin. Dating back 100 years, we've had white supremacist violence in our country. Frankly speaking, we have a massive and dangerous domestic terrorist threat already living within our borders, and we still haven't called it what it is, and that's terrorism.

Picciolini recognizes the tactics of the white nationalists at the Charlottesville rally all too well:

I spent eight years in that, from the time I was 14 until I was 22, from 1987-1995, I thought I was changing the world. I couldn't understand why people around me couldn't agree with what I was saying, why they couldn't see my logic.

Right now, so many young people are living online, so many of the people I saw at the march seem like they could be marginalized, bullied, young people who maybe didn't have a lot of friends growing up, or maybe were dealing with psychological issues that have gone on undiagnosed. It doesn't surprise me at all, that they found this social movement. Because it really is a social movement, and online you'd stumble on propaganda, it's everywhere.

On the psyche of many of the white nationalist protestors in Charlottesville: