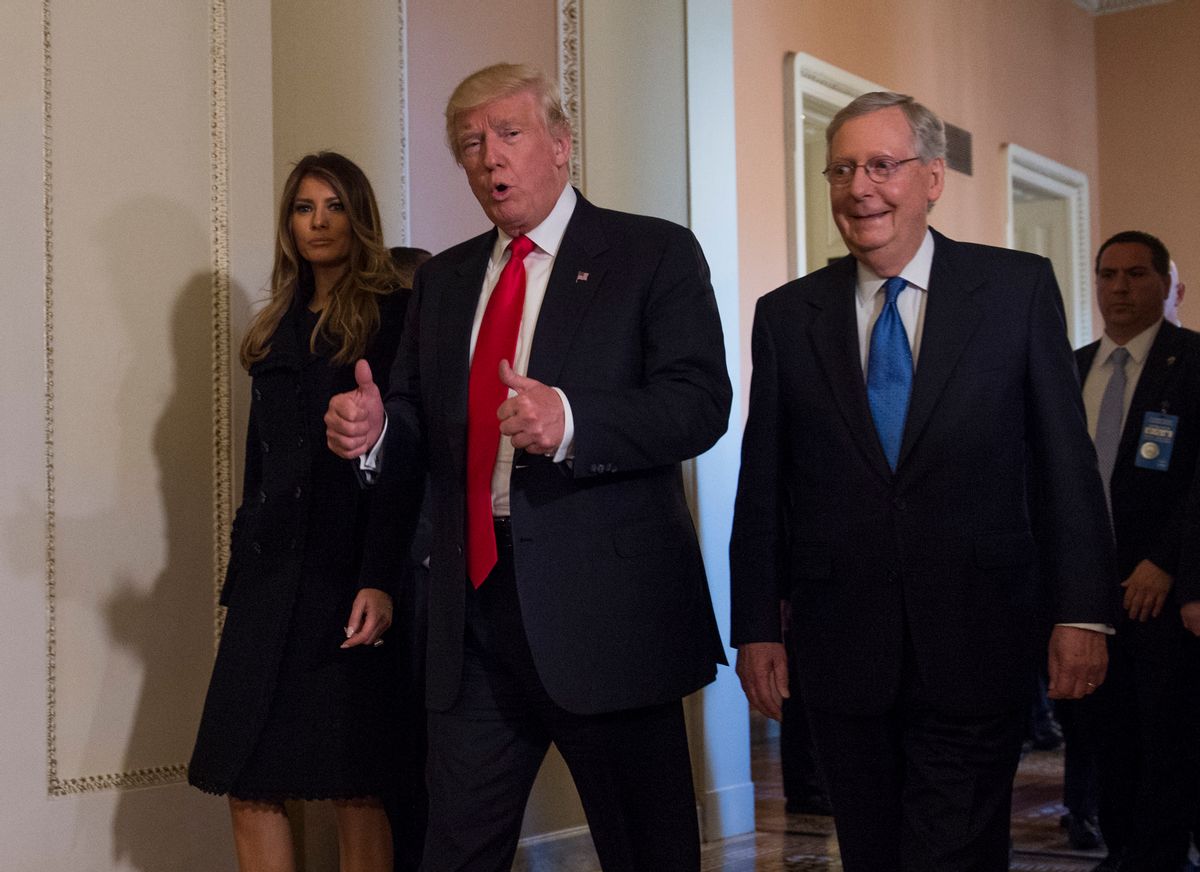 President Donald Trump is causing a lot of political headaches for a man who's supposed to be his ally, Senate Majority Leader Mitch McConnell.

According to a new survey by Morning Consult/Politico, half of Republican voters took the side of the president, saying it was appropriate for Trump to attack McConnell on Twitter over the failed Obamacare repeal-and-replace effort, while only 32 percent felt otherwise. This is in spite of the fact that a slight plurality, 35 percent, said they believed that his attacks will hurt Republican efforts to pass their legislative agenda; only 26 percent believed Trump's attacks will be helpful.

Even worse for McConnell, more than twice as many Republican voters (52 percent) believe Trump has their best interests at heart than they do for McConnell (25 percent). Nearly four times as many Republican voters said that Trump is more in touch with them than McConnell (60 percent to 16 percent). More than four times as many said he is more trustworthy than McConnell (57 percent to 14 percent), and a slight plurality even believe Trump is more knowledgeable on policy (57 percent to 14 percent).

McConnell, between a rock and a hard place, is one of the many Republicans who haven't spoken out against Trump's "both sides are to blame" response to the Charlottesville riots, even though he's said he was disgusted, according to CNN. In addition to a childhood connection to civil rights causes (as a student at the University of Louisville he encouraged his classmates to march with Dr. Martin Luther King Jr. and attended his "I Have A Dream" speech in 1963), McConnell is reportedly worried that Trump's rhetoric will cause violence at white supremacist rallies planned in Lexington, Kentucky.

"The white supremacist, KKK, and neo-nazi groups who brought hatred and violence to Charlottesville are now planning a rally in Lexington," McConnell said in a statement. "Their messages of hate and bigotry are not welcome in Kentucky and should not be welcome anywhere in America."

He added: "We can have no tolerance for an ideology of racial hatred. There are no good neo-nazis, and those who espouse their views are not supporters of American ideals and freedoms. We all have a responsibility to stand against hate and violence, wherever it raises its evil head."