The filmmaker's performance turned into a protest march 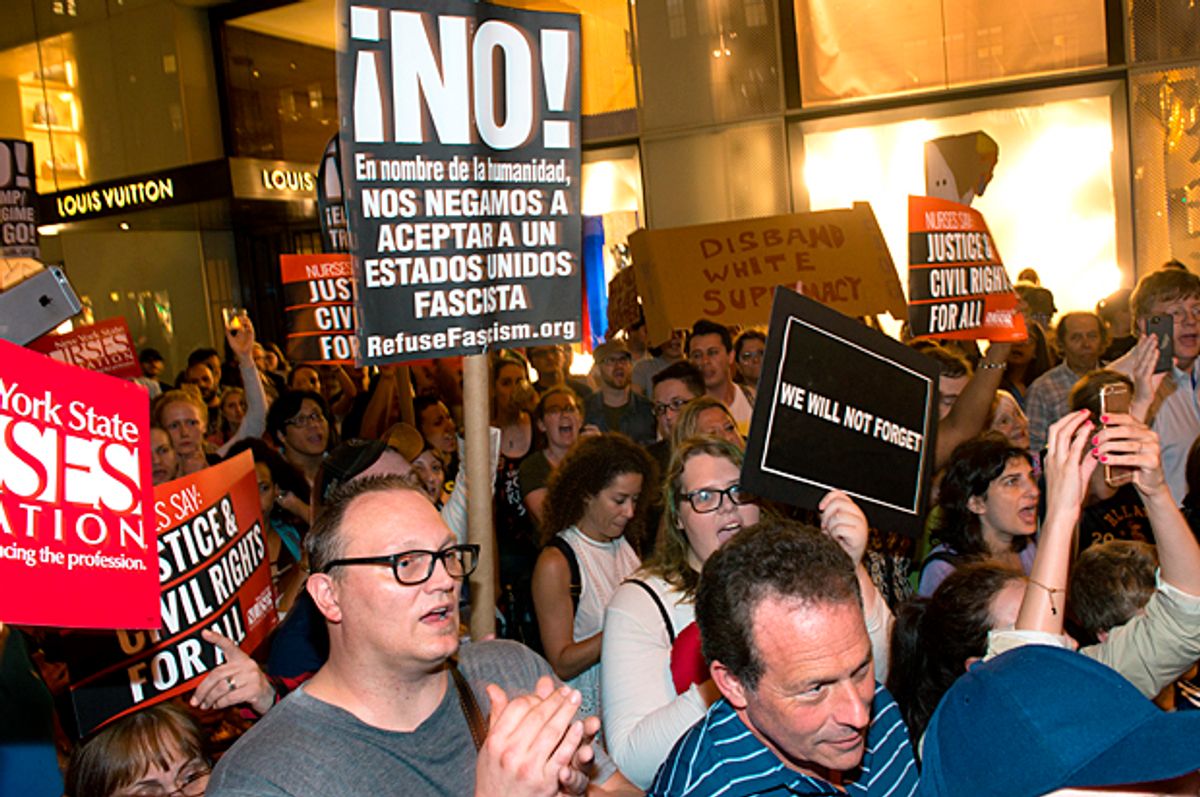 Filmmaker Michael Moore took his fans for a wild ride Tuesday night when he led the audience of his one-man Broadway show "The Terms of My Surrender" to a protest at Trump Tower.

According to The New York Times, at the end of the show, Moore revealed that there were buses outside waiting to take the audience to the demonstration. Audience members lined up outside of the theater eager to protest, prompting Moore to exclaim “We might need four buses." Mark Ruffalo, his special guest for the night, joined the hoard of demonstrators as they made their way through Midtown, Manhattan.

Heading to Trump Tower for a candle light vigil for Heather Heyer who was murdered by an Alt Right American Nazi.

In a video of the demonstration shared by Moore on Facebook, slogans such as “No Trump! No KKK! No fascist USA!” can be heard. Once the group arrived at their destination, actors Olivia Wilde, Marisa Tomei, Fisher Stevens, Zoe Kazan and Tom Sturridge joined a candlelight vigil in remembrance of Heather Heyes, the 32-year-old Charlottesville native who was killed during the white supremacist protests last weekend.

Moore hinted at the demonstration on Twitter before his show, promising Trump he would "pay you a visit tonight."

"We just wanted to remind the world that Trump does not speak for this country," Moore told CNN’s Don Lemon in a heated interview. "He hasn’t from day one. He doesn’t represent the majority of this country."