Was Christopher Nolan's "Dunkirk" whitewashed? And if so, what does that mean? 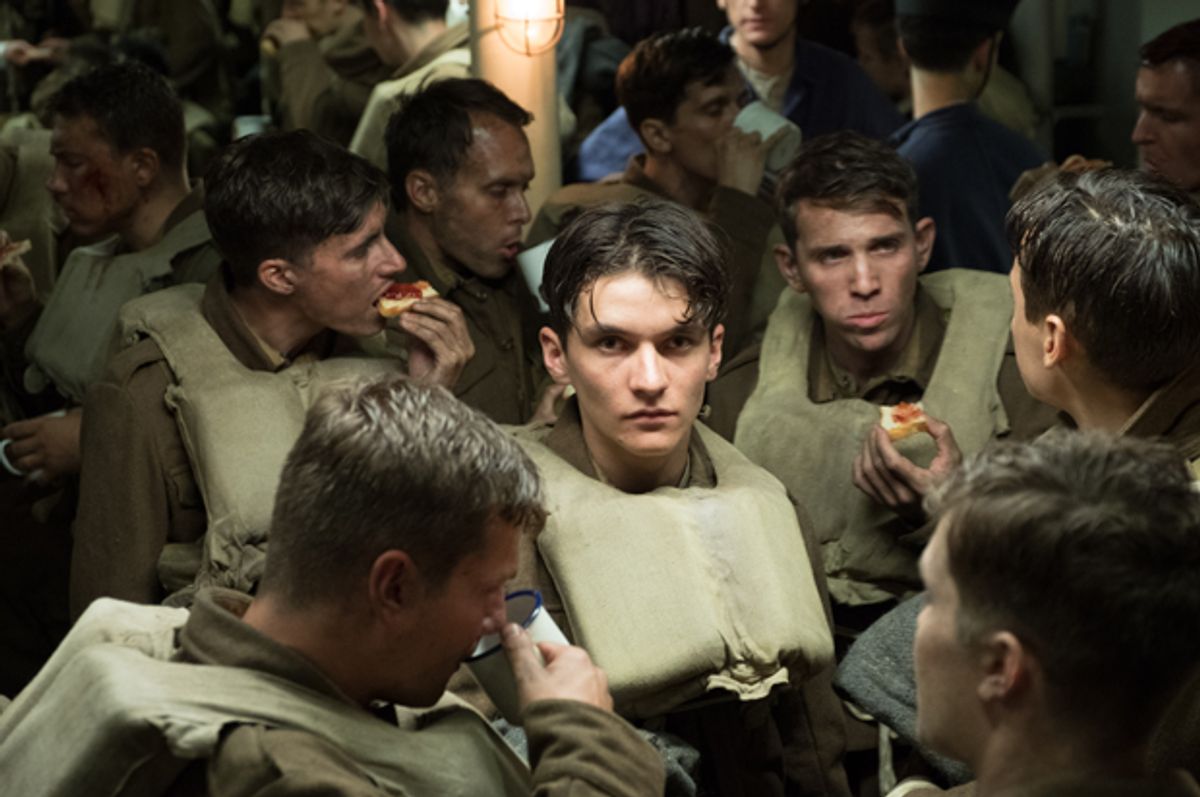 We can't consider the "Dunkirk" whitewashing controversy without at least mentioning the recent resurgence of white nationalism.

From the election of Donald Trump and the upsurge of far-right violence that culminated last weekend in Charlottesville to parallel developments in Europe and the rest of the West, the world is discovering that racism, misogyny, anti-Semitism and xenophobia remain nearly as potent in 2017 as they were in 1940. That was the year, of course, in which the British army had to stage its dramatic retreat from France during the famous Battle of Dunkirk. That great escape quite likely stopped the Nazis from total victory in Western Europe and paved the way for the Allies' victory five years later.

But racism doesn't have to be violent or hateful — or, for that matter, even intentional — to be pernicious. This point became clear when British-based writer Sunny Singh wrote a piece for the Guardian skewering Christopher Nolan's film "Dunkirk" — which is certainly not on the side of the Nazis — for alleged historical whitewashing.

The movie, Singh wrote, "erases the Royal Indian Army Services Corp companies, which were not only on the beach, but tasked with transporting supplies over terrain that was inaccessible for the British Expeditionary Force’s motorised transport companies. It also ignores the fact that by 1938, lascars – mostly from South Asia and East Africa – counted for one of four crewmen on British merchant vessels, and thus participated in large numbers in the evacuation."

This point was echoed by Case Western Reserve professor John Broich in a Slate editorial. "In the film, we see at least one French soldier who might be African. In fact, soldiers from Morocco, Algeria, Tunisia, and elsewhere were key to delaying the German attack. Other African soldiers made it to England and helped form the nucleus of the Free French forces that soon took the fight to the Axis. Soldiers from West and North Africa were key to delaying the German attack."

Broich added, "There were also four companies of the Royal Indian Army Service Corps on those beaches. Observers said they were particularly cool under fire and well-organized during the retreat. They weren’t large in number, maybe a few hundred among hundreds of thousands, but their appearance in the film would have provided a good reminder of how utterly central the role of the Indian Army was in the war. Their service meant the difference between victory and defeat. In fact, while Britain and other allies were licking their wounds after Dunkirk, the Indian Army picked up the slack in North Africa and the Middle East."

Singh and Broich are hardly alone in accusing the film of being a whitewash. As Oxford professor Yasmin Khan wrote in The New York Times, "Britain was always dependent on the colonies — in India, Southeast Asia, Africa and the Caribbean — for men, materials and support, but never more so than in World War II. Some five million from the empire joined the military services. Britain didn’t fight World War II — the British Empire did."

"Members of the Royal Indian Army Service Corps served in France in 1939 and 1940," Levine explained. "The majority of them were evacuated to England before Operation Dynamo [the Dunkirk evacuation] began – although a small number were evacuated from Dunkirk during the very early part of Dynamo. So the film could conceivably have shown Indian soldiers. But that isn’t the same as saying that it ought to have done so. It isn’t this film – or any film’s –  job to tell the full story of Dunkirk."

Levine added, "Nolan’s film focuses on a few protagonists whose paths cross occasionally, each one of whom experiences just a tiny corner of the whole story. As Hilary Mantel has said about historical fiction, ‘The man who is fighting can’t see over the hill, out of the trench.’ It is unlikely, in reality, that a soldier at Dunkirk would have encountered any Indian soldiers. And while some viewers and commentators might prefer the film to feature members of the RIASC, that’s a matter of preference -- and I don’t think it’s justified to claim that the film ‘whitewashes’ the story of Dunkirk."

The historian then closed his comments with this observation: "At the same time, I’d love to see an Indian film about Dunkirk, or the Second World War generally, and I really hope that Indian filmmakers are working on it."

There may be a legitimate artistic case for limiting the main narrative of "Dunkirk" to the perspective of a handful of characters. But it shouldn't be the sole responsibility of artists of color to incorporate the perspectives of nonwhite characters in fictional accounts of historical events. In order to effectively fight racial bigotry — whether the worldwide terror presented by Hitler in 1940s or its alt-right echo today — one must do more than wage war against the bad guys. Sometimes we have to acknowledge bias that is much harder to see.