How to save majority rule: What the Alabama and Utah primaries can teach us about democracy

Voting rules matter, as this week's results make clear — and Maine will soon embark on an exciting experiment 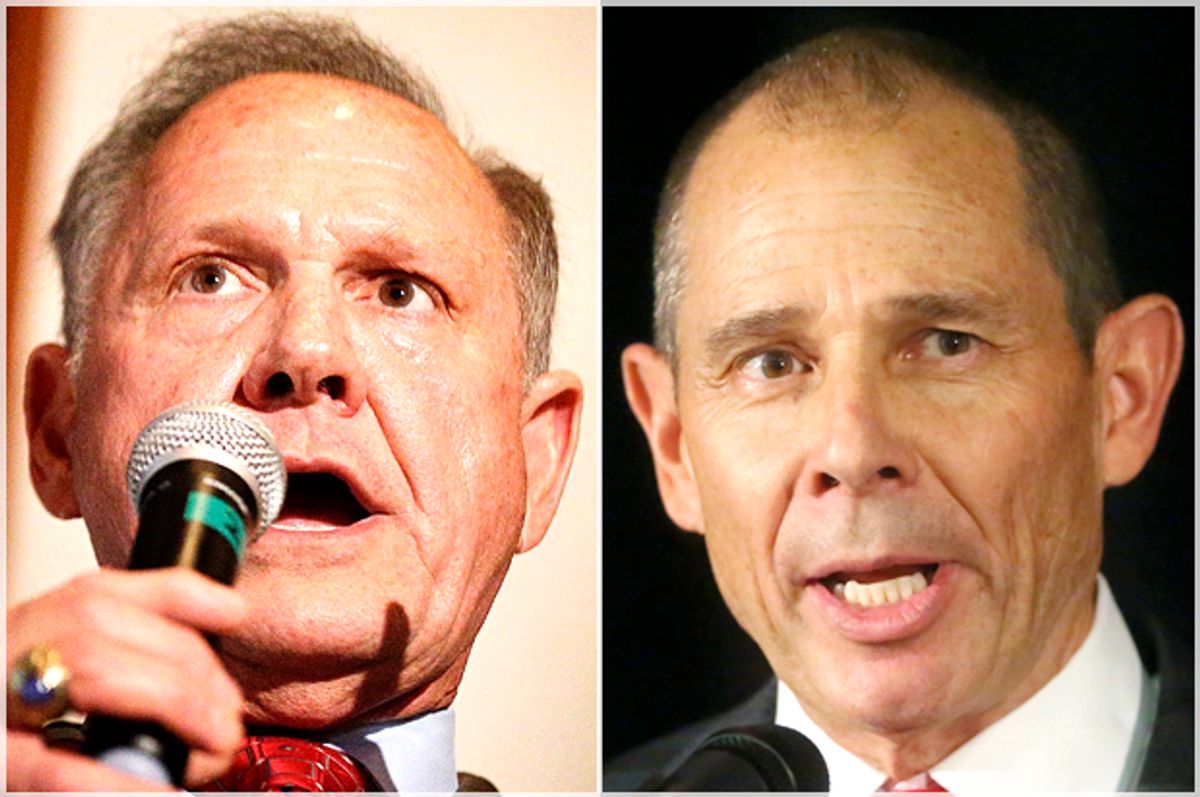 Next spring, states will start voting in primaries for the regularly scheduled congressional midterm elections. This week, however, two states held primaries to fill vacancies -- for the U.S. Senate in Alabama, as the permanent replacement for Attorney General Jeff Sessions, and for the House seat in Utah's 3rd Congressional District, formerly occupied by the recently-resigned Jason Chaffetz. The outcomes were instructive for how rules matter -- with Alabama upholding majority rule and Utah allowing non-majority nomination winners -- and for why the nation should follow Maine’s ranked-choice voting primaries with a particularly close eye next June.

Republicans are heavily favored in both elections, due to the strong partisan advantages they have among voters in both states. Unsurprisingly, the GOP attracted several strong candidates. Coincidentally, the Republican primary results were quite similar, underscoring how rules matter.

In Alabama, where the winner must win more than 50 percent to earn a nomination, here are the results as reported by The New York Times, with 98 percent of precincts reporting:

Former judge Moore, and Strange, the appointed replacement to Sessions, will advance to a Sept. 26 runoff, since no one earned more than 50 percent of the vote, with Rep. Brooks running a weak third. Both candidates carry baggage that may lead to a highly negative runoff campaign. Moore twice has been elected chief justice of the Alabama Supreme Court and then removed from office, most recently for refusing to stop enforcing Alabama’s ban against same-sex marriage, even after the law was struck down by the U.S. Supreme Court.

Backed by President Donald Trump and Sen. Mitch McConnell, Strange is Alabama’s former attorney general who was appointed to fill Sessions’ vacancy earlier in the year by former Gov. Robert Bentley, who has since resigned from office and pleaded guilty to campaign finance violations associated with seeking to cover up an extramarital affair. Strange's appointment stirred considerable controversy, since at the time he was in charge of investigating the governor's apparent misdeeds.

Meanwhile, Utah’s results, as reported by the Times with 91 percent of precincts reporting, were as follows:

This primary was notable because Utah only recently changed its election laws to allow more than two candidates to appear on a primary ballot. Previously, party conventions either nominated a candidate or advanced no more than two to the primary ballot -- meaning that primaries were always won by a majority of the vote. Earlier this year, the State Senate passed a law to establish a primary runoff, but only if a candidate fell short of 35 percent, which would have had no impact on this race. The State House passed a bill that instead would have established ranked-choice voting and triggered an “instant runoff” if no candidate won more than 50 percent of the vote. The bill earned strong bipartisan support, as underscored by an op-ed in the Deseret News, co-authored by two strong backers of the bill, Democrat Rebecca Chavez-Houck and Republican Marc Roberts.

Former Provo Mayor Curtis won, with the two more conservative candidates -- including Herrod, who won the GOP's official endorsement at its state convention -- together winning nearly 60 percent of the vote. Just as Alabama’s Strange has a real chance to win the primary runoff, Herrod would likely have made the race much closer with an Alabama-style runoff or an instant runoff -- but the nomination is now decided. Curtis will be heavily favored in the general election, although he will face another divided field, with the arrival of the right-of-center United Utah Party, which has nominated Jim Bennett, son of former Republican U.S. Sen. Robert Bennett.

The latest primary results help make the case for ranked-choice voting in two ways. First, as reported earlier this week by FairVote’s Myeisha Boyd, Alabama Republicans who live overseas have already cast ranked-choice voting ballots that will be counted in the runoff. If the state extended that right to cast a ranked-choice ballot to all primary voters, those 28 percent of voters who didn't vote for Moore or Strange could have ranked one of them second. That would have saved the state money and time and maintained higher turnout than is likely to occur in the runoff. Second, Utah could uphold its tradition of primary winners earning more than half the votes by having the State Senate and governor join the House in backing the ranked-choice voting bill.

With the number of candidates running and fund-raising likely to make a big jump from recent election cycles, we can expect key primaries all around the country to have similarly divided fields. That will sometimes result in low-turnout runoffs and, more often, will simply nominate the candidate who is at the top of the heap no matter how low their vote share -- for one example of many, see this profile of the four Democrats and four Republicans seeking their party's nomination for a critically important race for governor in Ohio.

Ranked-choice voting provides a sensible, efficient way for a party to unite around a party that can bring its voters together -- upholding majority rule and rewarding candidates for finding common ground with backers of their opponents. Fortunately, we’ll soon have a case study. Maine voters passed a ballot measure last year to establish ranked-choice voting for nearly all key state elections, with the second highest vote total in Maine history. In June, Maine will showcase just what ranked-choice voting would mean for our politics when it uses the system for the first time in primaries for its Senate and House seats, as well as the governorship and the state legislature.